Iran’s newspapersOn the eve of the anniversary of the major Iran protests in November 2019, state-run media reflect the regime’s fear of another uprising, calling the situation “critical.”

They also acknowledged Iran’s economic crisis, which has sparked the previous uprisings.

“The situation in Iran is critical,” wrote the state-run Hamdeli daily on Wednesday.

“These crises include: The crisis of [people] make their ends meet and unpredictable economic situation, feeling helpless in the face of the covid-19 crisis, its consequences, and subsequent anxiety. [other crises] are the widening gap between social classes and polarized society, and the crisis of [people’s] trust and the explosion of their hatred,” Hamdeli added. 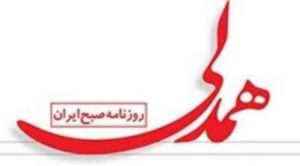 The nationwide Iran protests in November 2019, which rattled the regime’s foundation, started after the sudden fuel price-hike. Now the regime media outlets express fear of another uprising starts due to the economic grievances.

“The reduction of public revenues and the subsequent dissatisfaction among the people with the [regime] have a significant contribution [to the current situation.],” wrote Hemayat daily, an outlet close to the regime’s Judiciary on Wednesday. 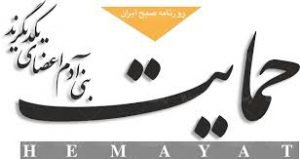 While referring to the people’s growing hatred of the regime, Hemayat adds: “A glance at social media shows that the basis of many messages analyzes, and published news is mixed with themes such as poverty, inflation, injustice, corruption, the luxury life of some officials, etc.”

Three years ago, a powerful earthquake ruined many towns and villages in Kermanshah province, western Iran. The regime, however, has refused to help the victims since then. In this regard, Hamdeli daily wrote: “Three years have passed since the earthquake, but despite all the promises, many people are still living in trailers.”

“After living three years in trailers, [the residents] now have to move their trailers under the roofs of unfinished buildings, to hide for the city officials who would immediately cut off [residents] electricity and water,” Hamdeli added.

Iran’s failing economy under mullahs’ regime
“Average zero economic growth, the average inflation rate of 25% and negative fixed capital formation rate are among the factors economists use to describe the current decade as a ‘lost decade,’” Jahan-e Sanat daily wrote on Wednesday. 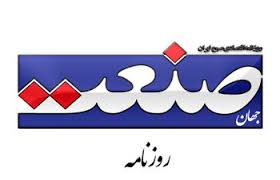 “In particular, widespread unemployment, high inflation, especially in the food, automobile, and housing sectors in recent years, has pushed the weak class to the brink of helplessness and despair. The middle class, which is severely depleted these days, has also become more disappointed with its future,” Jahan-e Sanat added.

While debunking the regime’s claims of sanctions being the reason for Iran’s economic crises, Jahan-e Sanat added: “The main culprit of this turmoil is wrong policy decisions”

Iran’s stock exchange has collapsed due to the regime’s wrong economic policies in recent years.

“When a government insists on intervening in the financial market, it should not forget the high importance of national trust. That confidence shapes the main cycle of the economy, and the disregard for it for a politicized economy can create general inflation expectations,” wrote state-run Ebtekar daily on Thursday.

“We had warned the government before that what is happening in the stock market will cause damage to the country’s macro-economy. Thus, the result will be nothing but the impoverishment of people, the loss of national trust, and damage to the macro-economy,” Ebtekar added.

Of course, the “national trust” is indeed the public hatred of the regime and its wrong policies.

“How long will some people be more hostile to the country, and how long will they not accept responsibility for their mistakes and only shed tears?” Ebtekar added warning officials of people’s growing hatred.