Politics is complex, but when it comes to Iran it gets even more so. The clerical regime that has been ruling Iran for the last 43 years has deceived, plotted, and cheated its way through multiple existential threats.

The ruling elite in Tehran has almost entirely suppressed political dissent and used its vast intelligence apparatus to sow divisions among the Iranian diaspora. The intended message is clear: the state is corrupt and illegitimate but the opposition is even worse.

This narrative has acted as justification for an already willing West to continue with the status quo and pursue engagement with Tehran at the expense of the Iranian people. It has offered regime incentive after incentive to convince it to change its behavior.

Despite numerous massacres and crackdowns, there is one remaining serious Iranian opposition, which has both the most extensive international activism and a proven record of executing the most daring operations inside Iran. This organization is the Mujahedin-e-Khalq (MEK/PMOI), which is also the main constituent of the coalition National Council of Resistance of Iran (NCRI). It has been the main target of the regime’s brutality, terrorism, and propaganda.

Through a vast network of actors who target an audience both inside and outside the country, the Iranian regime has been disseminating the lie that the MEK is hated and has no social support. It is a well-recorded fact that many so-called Iran experts in the West, who favor rapprochement and appeasement with Tehran, have used mainstream media, academia, and think tank studies to echo the same messaging.

Others distributing this line of propaganda include some Iranians, who describe themselves as opponents of the regime in Iran, are active on the international stage, and find air time on mainstream media. They argue that Tehran is literally using the MEK as a “boogeyman” to deter the Iranian people from any kind of regime change. 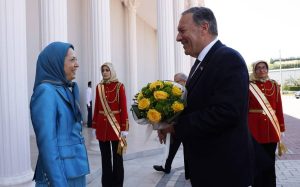 welcoming Secretary Michael Pompeo
Every now and then when the NCRI launches a conference or a political gathering to criticize the regime on human rights violations, nuclear advancements, or regional adventurism, the aforementioned array of MEK opponents becomes vocal and warns Western media and politicians that “this group has no domestic support.” Therefore, the argument goes, the MEK/NCRI are unworthy of international support. Numerous articles, interviews, petitions, and phone calls are orchestrated as an echo chamber for this message.

During WWII, when the Nazis invaded large parts of Europe, how many resistance groups were fighting each other instead of combating the unwelcome occupants? Who elected General Charles de Gaulle as the leader of the French Resistance? Which election allowed America’s George Washington, then a military officer, to become the leader of the patriot forces and drive the British occupiers out of their lands?

Similarly, if an Iranian group or individual is truly opting for regime change, wouldn’t it be in their own interest to stop obstructing – even if not supporting – the most organized and serious force that has been struggling with the regime since the outset? One wonders how the MEK has sustained its organization financially and logistically for four decades if it has “no domestic support.” 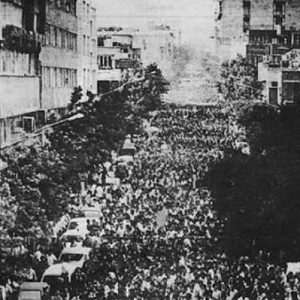 There are a few undisputable facts that might help address the issue:

Half a million Tehran residents attend MEK rally on June 20, 1981Since January 20, 1979, when the last group of political prisoners was liberated from the notorious Qasr Prison of the former monarchial dictator, the MEK had approximately 200 members. The three founders and 90% of its core members were executed by the Shah prior to this. Yet it took the organization merely 2.5 years to grow at an astonishing rate and organize some of the largest demonstrations in Iran’s history, including one on June 20, 1981, that drew around 500,000 people in Tehran alone.

According to the MEK, the regime has killed more than 120,000 of its members and supporters since 1979.

Officials like Mohammad Gharazi, a former regime Oil Minister, IRGC commander, and presidential candidate, remind their ilk, “The state has killed around 100,000 people from the MEK”. 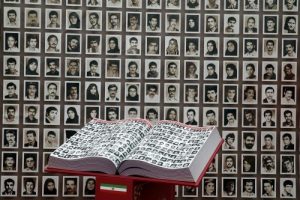 Growing Openness About Past Massacre as Iran Contemplates Repeating History
Human rights organizations and even adversaries of the organization have stated many times that the MEK has suffered the most under the brutal crackdown of the regime, with thousands of its members arrested, tortured, and killed. The record of names, dates, and locations of the murdered members of the MEK is by far larger than those of all other political groups combined.

Javad Muguee, a state-affiliated film director who has produced movies that disparage the MEK, wrote in October 2022: “In Tehran alone, we have 400,000 families of executed MEK members.”

Since 1965, the MEK has been the largest political opposition in Iran. The NCRI is by far the most durable and the biggest coalition of Iranian groups and individuals. It was created in 1981 in Tehran as a viable alternative to the clerical regime. Capable of mobilizing tens of thousands of supporters in exile since 1982, to this day, the MEK remains intact and capable of organizing the largest conferences, rallies, and meetings in exile. 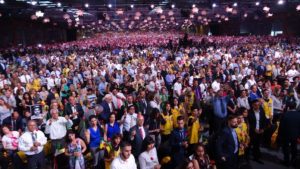 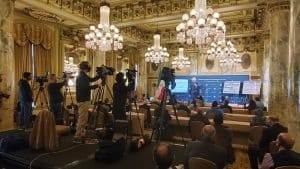 Inside Iran, the amount of intelligence the MEK and the NCRI have exposed about the regime’s nuclear and bio-chemical weapons programs, the ballistic missile arsenal, the Revolutionary Guards Corps, the IRGC Quds Force, the Ministry of Intelligence, the regime’s global terrorist network, and human rights abuses, among other things, has been staggering. No other entity comes even close.

The MEK Resistance Units are increasing across Iran. For more than five years, these courageous men and women, mostly in their twenties and thirties, have popularized bold acts of defiance. Regime officials repeatedly warn about the spread of Resistance Units in Iran. 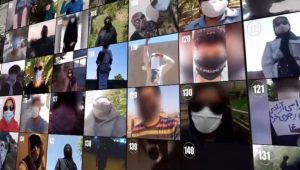 Absent the slightest bit of freedom and free elections under a brutal dictatorship like the reign of Ali Khamenei, gauging one’s popularity is unrealistic and unscientific. Even polls in Western democracies have serious flaws, let alone political polls inside the Iranian dictatorship.

How can anyone expect an honest judgment about the popularity of an outlawed organization like the MEK? The regime considers it an existential threat. Thousands of people have been hanged for refusing to reject the MEK.

As the NCRI founder Massoud Rajavi once said: “In an era of bloody oppression, resistance is the only criterion and indicator of legitimacy” for opposition forces. All contenders who claim to represent the will of the people can put it to a test in a free country with free elections under the supervision of the United Nations.

The Iranian people and their organized resistance have paid a heavy price in their struggle against the mullahs’ regime. Democratic change in Iran shines on the horizon. But until that true moment of joy and relief comes, perhaps we shall opt for “integrity over popularity” and measuring actions rather than words.