As Iranian are deprived of celebrating the Persian New Year (Nowruz) due to extreme poverty, the regime has unveiled a new ballistic missile town.

“The unveiling ceremony of the new IRGC naval missile city and the annexation of missile equipment to this force was held this morning, March 15, in the presence of IRGC Brig. Gen. Hossein Salami, Commander-in-Chief of the IRGC, Brigadier General Alireza Tangsiri, Commander of the IRGC Navy and a group of commanders. According to our reporter, a large number of cruise and ballistic missile systems and missiles with various ranges were displayed in the naval missile city of the IRGC,” wrote the state-run Tasnim news agency on March 15, an outlet linked to the regime’s terrorist Quds Force. 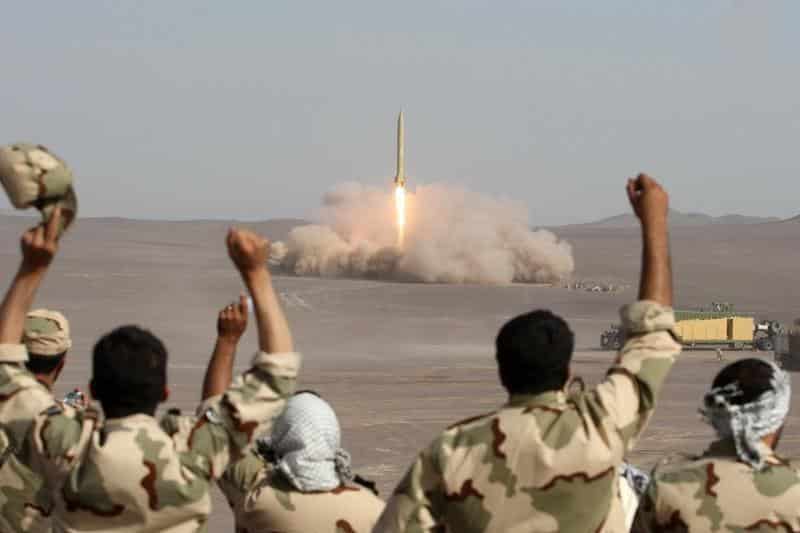 The Iranian regime’s Revolutionary Guards (IRGC) fired dozens of missiles during its so-called “harsh revenge” of its eliminated terror-mastermind Qassem Soleimani in January 2020. The cost of building Iranian short-range ballistic missiles used in this attack and other operations costs millions of dollars.

On Thursday, the National Council of Resistance of Iran (NCRI) held a press conference, providing information on two IRGC ballistic missile sites in Western Iran that have been used for attacks against neighboring countries. This revelation showed, simultaneous with the IRGC’s unveiling of its missile town, rejected the regime’s claims of building missiles to “defend” itself against foreign adversaries.

While the IRGC builds missiles and brags about its military power, Iranians are suffering from poverty. The IRGC plunders Iran’s national wealth and uses it for its malign activities.

“Long queues [for purchasing basic needs such as poultry], skyrocketing prices and shortages of food items in the market and a few hundred percent increases in fruit prices are just some of what happened to Iranian families last year. While we are reaching the end of [the Persian] year, important economic indicators such as liquidity, inflation, and economic growth do not show promising figures. Despite the positive economic growth rate of 2.2%, the inflation and liquidity rate, by the end of February this year, have been 34.2 percent and 3300 thousand billion tomans, respectively. This could be a warning sign of rising inflation next year,” wrote the state-run Etemad daily on Thursday.

The rising amount of liquidity is mainly due to the regime’s wrong economic policies, including banknote printing. “Seemingly, the government has no choice but to print banknotes to compensate for its budget deficit. Five hundred and seventy billion tomans are injected into the Iranian economy by the Central Bank daily. The Central Bank says that from February of last year to the end of February of this year, 107,640 billion tomans have been added to the monetary base. These numbers mean that another record in banknote printing has been set in the last year,” wrote the state-run Eghtesad-e Saramd daily on Saturday in this regard.

“Extend my regard to all the IRGC members. May God helps you succeed and continue your efforts vigorously,” Khamenei said in his message to the IRGC Commander-in-Chief Hossain Salami on Thursday.

The economic crisis and the regime’s actions have turned the society into a powder keg. Thus, state-run media now warn officials of another uprising.

“Social dissatisfaction will increase next year. As I look, I do not see a good outlook for next year. Next year we will face an increase in all kinds of social ills and turmoil in society,” wrote the state-run Arman daily on Thursday, quoting Amanollah Qaraie-Moghadam, one of the regime’s experts.