NCRI logo
Secretary-General of the Nursing Home: Iran needs to attract 150,000 nurses to meet international standards. (Tasnim news agency, September 8, 2021)
Imam Reza Hospital in Mashhad: We are in crisis. The number of newly infected COVID-19 patients is much higher than the fourth outbreak. ICU hospitalization and deaths are twice as high as the previous peak. (ISNA news agency, September 8, 2021)
Kashan and Isfahan Medical Universities: 3,972 COVID-19 patients were admitted in the past 24 hours, 528 in the ICU. During the same period, 56 patients have died. (IMNA news agency, September 8, 2021)
Dezful Medical University: Residents of an impassable village became infected with Coronavirus en masse
Governor of Fars: We predict that from the first week of October, we will face the sixth outbreak of Coronavirus called Lambda
State-run daily, Jahan Sanat acknowledged today: Fatal mistakes of some officials in providing vaccines killed thousands of people. The perpetrators of the disaster should be tried
The People’s Mojahedin Organization of Iran (PMOI/MEK) announced this afternoon, Wednesday, September 8, 2021, that the Coronavirus death toll in 547 cities had exceeded 412,700. The number of victims in Tehran has reached 96,966, Khorasan Razavi 32,125, Isfahan 27,190, Khuzestan 25,351, Mazandaran 15,830, Fars 14,804, East Azerbaijan 14,763, West Azerbaijan 14,528, Gilan 14,295, Lorestan 14,115, Alborz 12,028, Sistan and Baluchestan 12,025, Qom 11,380, Kerman 10,777, Hamedan 7,903, Central Province 7,698, Hormozgan 7,105, Kurdistan 6,462, North Khorasan 5,354, Ardabil 5,185, Bushehr 4,704, Qazvin 4,544, and Chaharmahal and Bakhtiari 3,180. 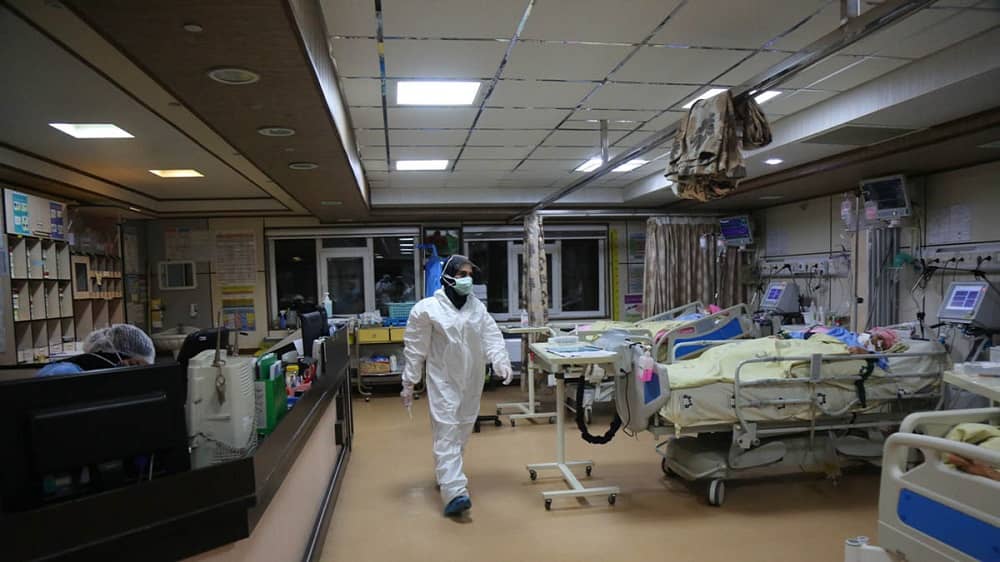 According to reports from the medical staff, the Masih Daneshvari Hospital is very crowded and explosive. We do not have enough ventilators. They make three-way and four-way extensions for ventilators; the medical staff in Iran made this. The distance between the beds, which in the standard mode is two to three meters, is 40 to 60 centimeters in Masih Daneshvari Hospital so that ventilators could be shared between several patients, which is entirely unhygienic.

Secretariat of the National Council of Resistance of Iran (NCRI)
September 8, 2021