The Iranian regime’s 40 years of oppression, adventurism, and institutionalized corruption have destroyed Iran’s economy and has created economic crises. After four decades of cover-up, state media now acknowledges the regime’s role in devastating the economy and people’s lives. 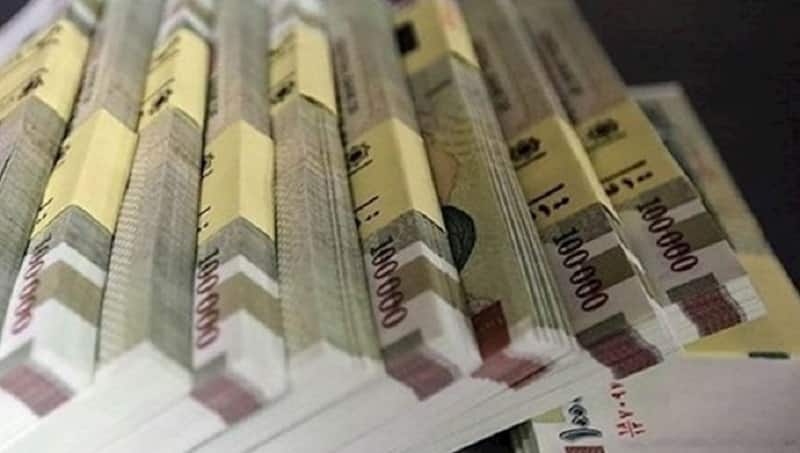 “According to recent reports, the price of [vegetable] oils has risen by 35% and solid oils by 30% since yesterday. Unofficially, the price of bread rose by 50% and sugar by 72%.,” wrote the state-run Etemad daily on Monday.

“People always pay the price of skyrocketing prices. Meanwhile, the government can stop the increase in the price of bread by allocating concessions to bakeries. Rising bread prices as an important commodity in the food basket of families have always faced many reactions because it is the most important food of the people,” Resalat article adds.

While Hassan Rouhani government claimed in March that the prices of basic goods would not increase and blamed small business owners, state-run media acknowledge that Rouhani and his government are behind the skyrocketing prices.

“As the twelfth government reaches its final days, it has begun a new phase of rising commodity prices without any reason,” wrote the state-run Jahan-e Sanad daily on Monday, in an article called “the government of inflation.”

“The trend of increasing the prices of basic goods has started in recent days. Meanwhile, according to government spokesman Ali Rabi’i, no price changes were to be made in the first quarter of this year,” Jahan-e Sanat wrote, adding, “Using [sham] elections, the government has increased the price of vegetable oil by 35%, and there are rumors of a 50% increase in bread prices.”

“Meanwhile, we are witnessing a rise in prices in the sugar market and a new wave of inflation in the dairy market and many other basic commodities,” Jahan-e Sanat article adds.

Etemad daily on Monday quoted Vahid Shaqaqi, an economist, as saying: “Due to the government’s planned economy, there will never be a downward trend in prices.”

Who pays the price of Iran’s economic crisis?

While the regime increases the price of basic goods, Iranians can hardly make ends meet and are grappling with poverty and the Covid-19 outbreak.

“Why should the price of cooking oil increase by 35%, when the people are in a severe economic crisis, and no official in the country cares about people’s aggravating living problems?” wrote the state-run Aftab-e Yazd on Sunday.

“The sum of inflation for the last three years, from 2018 to 2021, is equivalent to about 133% growth in prices, which if the current situation continues, this figure will reach 220% at the end of the year, and this is the highest inflation rate for four consecutive years,” wrote the state-run Etemad daily on Saturday.

“his year, the per capita income of the Iranian people has decreased by about 15%. This reduction is greater for poor and low-income people. In two years, the population below the poverty line has increased from 15% to 30%,” Etemad’s article adds.

“For more than four decades, the Iranian economy has been grappling with inflation. This is a curse that has plagued our country’s economy for years and is increasing every time with the unfavorable policies of the government of the time,” wrote the Ebtekar daily on Sunday.

“In a general definition, lack of fair distribution of subsidies among the people, lack of a positive economic outlook, weak foreign policy, belligerence, regional adventurism, lack of transparency with the people, lack of central bank independence, currency repression, and people’s mistrust, are important causes of the curse of inflation in different governments,” Ebtekar added.

Since Iranians consider the regime as the real source of Iran’s economic crisis, the ongoing livelihood problems increase society’s restiveness. The Covid-19 outbreak and the regime’s inaction have also increased economic problems and people’s hatred toward the regime. Therefore, state media warn officials of people’s reactions, calling it “violence.”

“‌ The coronavirus outbreak revealed our problems and weaknesses. One of the factors that causes aggression and subsequent conflict and violence is the psychological pressure due to the people’s economic conditions and living conditions. Unemployment and in society are other causes of violence,” Arman daily wrote on Sunday.

“Economic problems, inflation, and the fear of death and disease have drastically reduced people’s patience. People commute in the city like moving powder kegs that could explode at any moment,” Arman daily warned.

“People, especially the weakest sections of society, cannot afford the basic expenses of their lives; In fact, we see that society is heading towards destruction, and corruption and chaos have pervaded society to a large extent,” Mardom Salarie daily on Monday wrote.

Mardom Salarie then warns the regime that “People’s livelihood and their living conditions are gradually turning to a major economic and social catastrophe.”