Reports tallied by the Iranian opposition, People’s Mojahedin Organization of Iran (PMOI/MEK), indicate there have been at least 30 protest gatherings by all walks of life across Iran since November 26.

On Thursday, November 26, a group of cargo workers in Khomeini Port, southwest Iran, gathered to protest their low wages, the non-implementation of the job classification plan, not receiving their claims, strict working conditions, and inadequate health protocols. 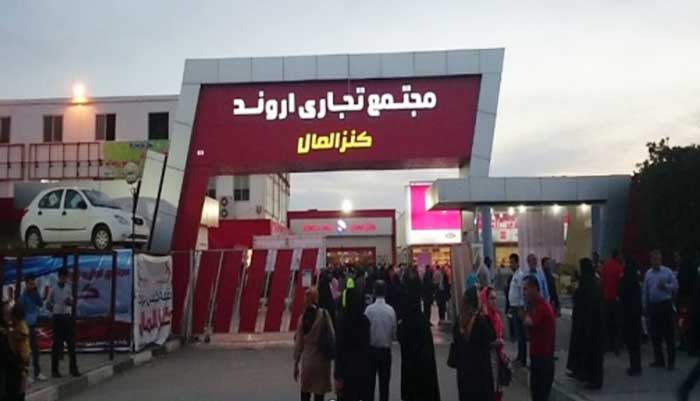 These workers demand rights and benefits for working in harsh weather and particular climatic conditions. The temperature in summer is 60 degrees, and the humidity is about 90%, but the workers are forced to continue their work.

On Thursday, a group of workers of the Arvand Commercial Complex or Kenzol Mall, in Khorramshahr, southwest Iran, held a protest gathering demanding their delayed wages and arrears.

Workers of the Arvand Commercial Complex protest
One of the protesting workers said: “We are about 40 workers working in the security, facilities, services, and green space of Kenzol Mall commercial complex of Khorramshahr. We have at least 6 to 8 years of working experiment. We have not received our wages for the last three months. We numerously protested and demanded our wages. In response to us, they say you are workers of the contractor, and we do not have the financial resources to pay your salaries. How could such a large commercial complex, which has a 16 to 17 hectares plot of land with about 300 to 400 large and small commercial units, cannot afford 40 workers?”

These workers are under severe pressure to make their ends meet. 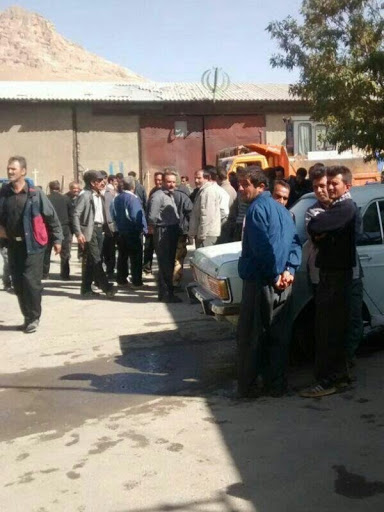 On Saturday, more than 40 workers working on a project to build a reservoir dam in the city Bijar, Gilan province, northern Iran, rallied to protest not receiving their wages for 14 months and the dismissal of a number of their colleagues. In addition to the delay in paying the workers’ wages, the contractor company fired 4 to 5 of their colleagues at the end of November under the pretext of not having to terminate the employment contract. It is worth noting that the contractor did not pay these workers about eight months of last year’s salary along with six months of this year’s salary.

A group of nurses in Sanandaj, northwest Iran, gathered in front of the Kurdistan Province Health Department, demanding their delayed wages.

Despite their hard work during the coronavirus outbreak, nurses in Sanandaj have not received their wages for at least a year.

On Sunday, a group of unemployed youths of the Shahroi village in Behbahan, southwest Iran, gathered in front of the Behbahan governor’s office and demanded employment in the Behbahan Bid-e Boland refinery. 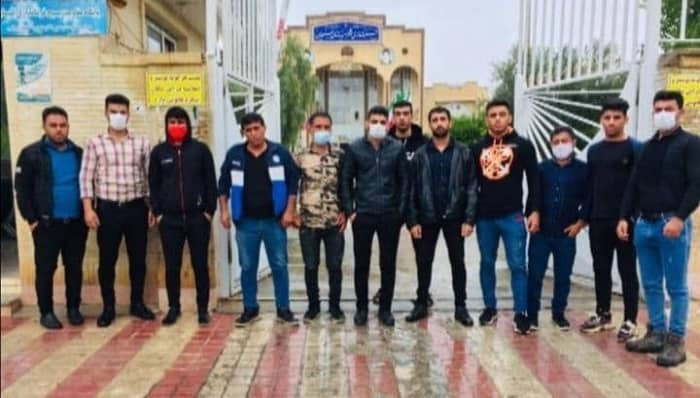 Youths of the Shahroi village protest
It is worth mentioning that the village residents have sold their lands to the government at a reasonable price, provided that most of the village youth are employed. However, in the early stages of the refinery’s operation, the company’s officials broke their promise to hire native workers at the refinery without specifying a specific percentage.

On Monday, several Yasuj municipality workers in Kohgiluyeh and Boyer-Ahmad province held a protest gathering in front of the municipality building. The protesting workers demanded their arrears of wages. 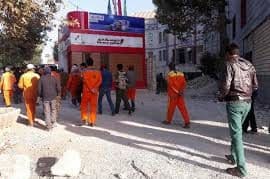 Despite the coronavirus outbreak, these workers have not received their salaries for nine months and cannot make their ends meet. Besides not receiving their wages, workers’ insurance premiums have not been transferred to the Social Security Organization account. Thus, these workers are facing many problems in renewing insurance medical records or receiving medical services.

On Tuesday, December 1, the Arvand Free Zone workers, southwest Iran, rallied to protest the lack of job and life security. 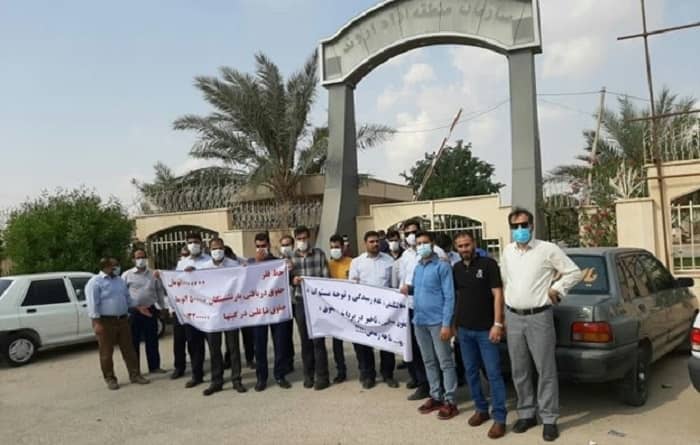 One of the workers said: “Slavery laws apply here. Free zone workers have neither job security nor safety. There are no health protocols and physical distancing in dormitories and workplaces. Workers’ rights are being violated in special economic zones. Employers also order the dismissal of workers whenever they want.”

On December 1, staff and nurses at Tehran’s Dr. Sapir Hospital staged a protest in front of the hospital to protest not receiving their salaries for several months. 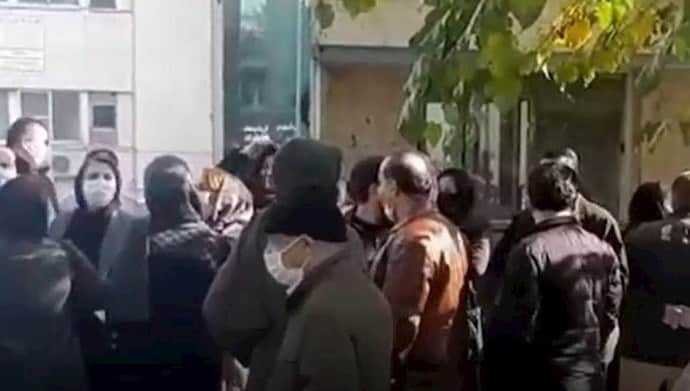 Staff and nurses at Tehran’s Dr. Sapir Hospital protest
On Tuesday, a group of fuel tanker drivers gathered in the city of Choman, in Ardabil province, northeastern Iran, to protest the low freight rates for delivery at gas stations. 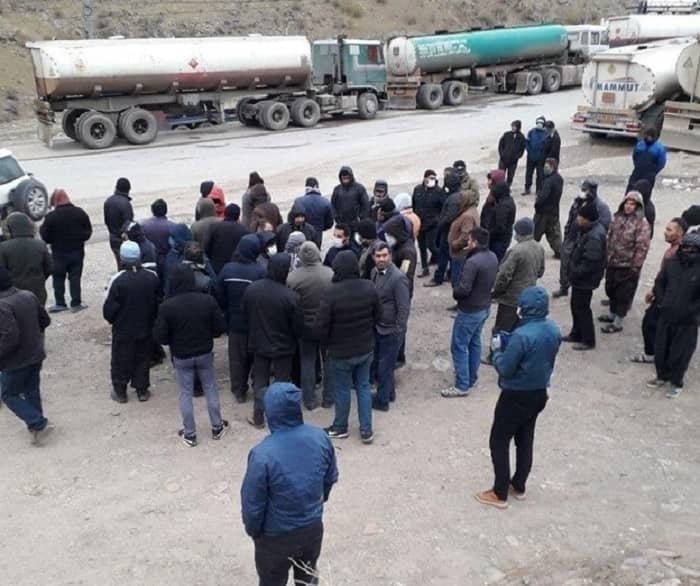 Fuel tanker drivers protest in Choman, Iran
The Iranian regime’s institutionalized corruption and mismanaging of Iran’s economy have ruined its economic infrastructure, pushing more people into the swamp of poverty. Thus, the regime’s downfall is the only solution to the ongoing economic crisis in Iran.