A group of Nobel laureates has written a joint letter to the United Nations Secretary-General Antonio Guterres highlighting the Iranian regime’s crackdown on the Iran protests. The following is the text of their joint letter:

Joint Letter of Nobel laureates to the United Nations Secretary-General

We, the Nobel laureates signing this letter, seek to express our grave concerns over the recent deadly crackdown on anti-regime demonstrators in Iran and condemn the security forces’ use of lethal force against innocent people demanding their rights to be respected.

The protests began on November 15th over the tripling of gasoline prices, but quickly morphed into a nationwide uprising, in which hundreds of thousands of Iranians, especially the young people, the army of the unemployed and the hungry and the impoverished, enraged over 40 years of repression, incompetence, mismanagement, and corruption, took to the streets, challenging the regime’s leaders. The uprising spread to more than one hundred fifty cities.

Amnesty International reports that at least 200 citizens are killed but the actual figure is believed to be higher.  While referring to the regime’s organized crackdown on protestors Amnesty wrote, “top government officials including Iran’s Supreme Leader Ali Khamenei have issued statements describing protesters as ‘villains’ and giving security forces a green light to crush demonstrations.”

At the same time, the Iranian regime has shut down the internet to create an information blackout for brutal crackdown.

So far, 3,700 people have been injured and at least 7,000 have been arrested. Official Iranian media emphasized that those who led the protests and arrested will be executed by hanging. This is widely believed to be the official position of Ali Khamenei, the Supreme Leader. The Revolutionary Guard Corps (IRGC) in a statement made similar threats.

Most of us, in our previous correspondences with your predecessor expressed our gratitude for helping save life of the residents of Ashraf in Iraq, who as members of the opposition to the Iranian regime were brutally attacked and murdered by the Iranian regime forces.

In addition to our scientific obligations to advance science and improve human life we strongly believe that defending human rights across the globe is our duty. Therefore, we urgently request that the United Nations intervene immediately to prevent further atrocities by the Iranian regime against its own people and suggest that the UN membership meet as soon as possible to address this crisis and take steps to hold those responsible to account. Accordingly, we ask that the UN appoint a multinational fact-finding commission to visit Iran and conduct a detailed investigation of the situation and specially to obtain information on those killed, injured and arrested.

All of us who care must offer our full support and solidarity to the brave people of Iran.

They deserve nothing less. 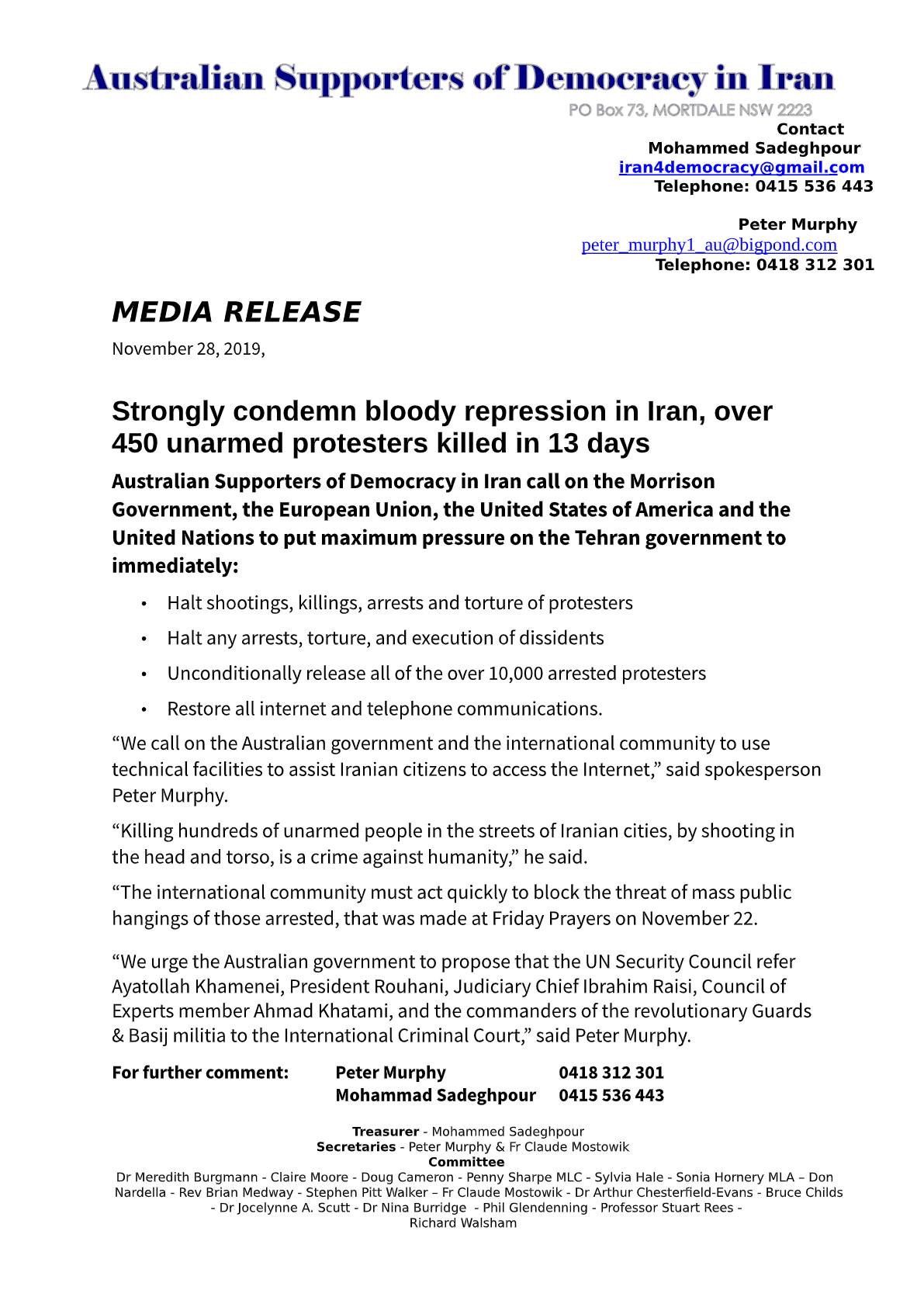