Written by
Sedighe Shahrokhi
State terrorism and using traitors or those expelled from the Resistance’s ranks are methods of the Iranian regime to pursue its terrorism and silence the voice of any opposition abroad. The Iranian regime uses a demonizing campaign to prepare the ground for its terrorist operations. The main target of the regime’s demonizing campaign and subsequent terrorist operations are the members and supporters of the People’s Mojahedin Organization of Iran (PMOI/MEK) and National Council of Resistance of Iran (NCRI).

The Iranian regime’s embassies in Europe are the regime’s main centers of espionage and terrorism.

An example is the current trial of the regime’s diplomat terrorist Asadollah Assadi in Belgium. The trial of Assadi and his three accomplices began on June 14, 2020, in Belgium. All four were arrested for attempting to bomb the NCRI’s annual “Free Iran” gathering in Paris on June 30, 2018. Before being detained, Assadi was the Third Secretary at the Iranian regime’s embassy in Austria. 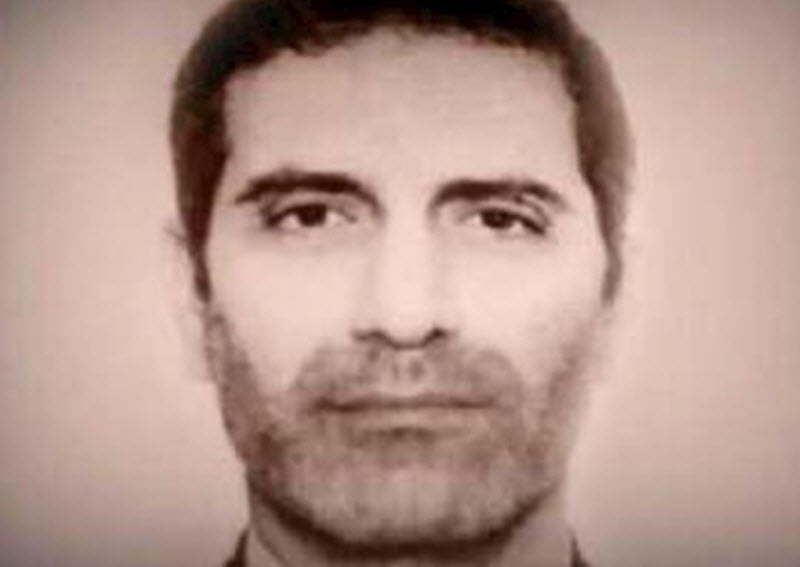 Iran: Terror Attack Against Iranian Resistance Gathering Foiled, Three Arrested
Assadollah Assadi, the Iranian regime’s diplomat terrorist
Assadi and his accomplices, Amir Sadouni, his wife Nasimeh Naami, and Mehrdad Arefani, are on trial for attempted murder and participation in a terrorist cell. The court in Antwerp, Belgium, has officially accepted the prosecutor’s demand to hold this trial on these charges.
Amir Sadouni and Nasimeh Naami posed as MEK supporters for nearly 12 years and tried using this position to take the bomb to the “Free Iran” gathering in Villepinte, France, but were arrested en route to Paris.

The third terrorist, Mehrdad Arefani, was arrested in France, while Assadi was detained in Germany. Both were handed over to the Belgian authorities.

Arefani had previously traveled to Ashraf 3, Albania, the MEK’s complex, with the mother of an MEK martyr. He used this cover for gathering further information.

In October 2019, the Quds ForceQuds Force chief exposed one of the Iranian regime’s terrorist cells. Commanders of the regime’s Revolutionary Guards Quds Force (IRGC-QF) were guiding and commanding this cell from Iran.

This terrorist cell was tasked with carrying out an explosion at the MEK’s Persian New Year celebration in Tirana, on March 22, 2019, by placing an explosive truck in front of the building.

The Iranian regime had used a person named Alireza Naghashzadeh to gather information. He had traveled to Albania, under the pretext of meeting his relatives, to gather necessary information for the bombing plot.

The Iranian regime’s embassy in Albania had previously gathered some primitive information about the MEK’s possible events in specific locations in Albania. He then gave it to the Ministry of Intelligence and Security (MOIS).

At the time Mustafa Rudaki, the chief of the regime’s intelligence station was at the regime’s embassy in Tirana, to verify and update the location’s information and directions.

Also, Massoud Khodabandeh and his wife Anne Singelton, two known MOIS agents, have been trying to gather more information about Ashraf 3 by contacting other agents in Tirana, who have been expelled from the MEK. The MOIS has tasked Khodabandeh and his wife with contacting the mullahs’ “friendly journalists” to have them interview other MOIS agents under the banner of “former MEK members” or try to gather information about Ashraf 3, under the pretext of preparing reports and documentaries.

The NCRI’s Security and Counterterrorism Committee, in a statement on August 10, 2020, revealed: “After the Government of Albania expelled Mohammad Ali Arz Peyma and Ahmad Hosseini Elsat, two more clerical regime’s diplomat-terrorists, in January 2020, and exerted greater vigilance regarding the activities of the mullahs’ embassy, the regime’s Ministry of Intelligence and Security (MOIS) and the terrorist Quds Forces are carrying out their activities and communications with their agents indirectly from Tehran, the Balkan and Western European countries.”

“Massoud Khodabandeh and his wife Anne Singleton, the notorious London-based MOIS agents, are two who are in daily contact with several MOIS local agents in Albania, including Gjergji Thanasi and Olsi Jazexhi. Thanasi and Jazexhi are in direct contact with MEK defectors recruited by the MOIS, including Hassan Heyrani. The local operatives hang out at a café in the Fresco area of Tirana, where they coordinate their espionage activities. Heyrani, who runs the Café, also pays the rent and other costs involved. The MOIS is organizing its mercenaries through two defectors, Hassan Heyrani and Gholamreza Shekari, who are posing as “former members” or “separated members” of the MEK. Another operative, Ehsan Bidi, who was exposed by the NCRI’s Security and Counterterrorism Committee, has been placed under house arrest in a closed camp since August 2019. During this period, he received money and resources through other regime agents,” the statement added.

Another example of how the Iranian regime tries to obtain information about the MEK by sending its agents, disguised as MEK supporters, is the case of two MOIS agents, Ahmad Reza Mohammadi Doostdar and Majid Ghorbani, arrested on the charge of terrorism and espionage.

In a press release on January 15, 2020, the United States Justice Department announced: “Ahmadreza Mohammadi-Doostdar, 39, a dual U.S.-Iranian citizen, and Majid Ghorbani, 60, an Iranian citizen and resident of California, have been sentenced to prison terms of 38 months and 30 months, respectively, for their criminal convictions relating to their conduct conducting surveillance of and collecting identifying information about American citizens and U.S. nationals who are members of the group Mujahedin-e Khalq (MEK).”

In another case, the MOIS sent Meysam Panahi to Germany to spy on the Iranian Resistance. Panahi was expelled by MEK in 2012 in Camp Liberty, Iraq. In July 2016, a court in Germany sentenced Panahi to two years in prison for espionage on the MEK and NCRI. 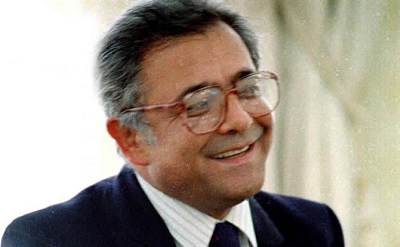 Assassination of Dr. Kazem Rajavi, NCRI’s representative in Switzerland, on April 20, 1990: The Iranian regime used Saied Shahsavandi, a former MEK member and MOIS agent, to gather information for the assassination plot against Dr. Rajavi. To coordinate the connections between terrorists, assassins, and spies of the regime, Shahsavandi set up an intelligence branch under the cover of a bookstore in Hamburg, Germany. The MOIS funded this bookstore.
In 1994 Jamshid Abedini, an MOIS agent, was arrested in Sweden on the charges of infiltrating and gathering information for the regime’s assassination plots against the MEK’s officials in Sweden. He had posed as an MEK supporter, thus gaining some of the MEK supporters’ trust, and obtained some information for the regime’s terror plots. Sweden expelled three of the regime’s diplomat terrorists in February 2000 in connection to this case.
In another case in Turkey, the MOIS hired a man named Reza Masoumi in 1994. Masoumi was able to gain the trust of the MEK’s supporters and the Iranian refugees in Turkey by introducing himself as an opponent of the regime and a supporter of the MEK. He approached MEK officials, including Ms. Zahra Rajabi, who had been traveling to Turkey to help Iranian refugees. He provided the MOIS with the information that led to the assassination of Ms. Rajabi and MEK supporter Ali Moradi in 1996 in Turkey.
In January 2001, the MOIS tasked another agent, Hamid Khorsand, with infiltrating the MEK supporters’ ranks in Germany. He received at least 12,500 German marks twice from the regime’s Ministry of Intelligence for this mission. An intelligence official affiliated with the Iranian consulate in Berlin initially led Khorsand’s activities.
In November 2020, Assdolah Assadi will face prosecution in Belgium for conspiracy to commit terrorist murder. It is vitally important not only that he be held accountable for the incident, but also that his trial serves as a warning to the regime about the future consequences it will face for such political violence.

The Belgian court should impose the maximum legal penalty on Iran’s terrorist diplomat. And beyond that, the nations of Europe should punish the regime with new sanctions related to terrorism and the systematic violation of human rights.