Protesters chant: “Death to Khamenei, Death to the dictators, No to Gaza, No to Lebanon, I sacrifice my life for Iran”
Last night, on the 13th day of the uprising, the people and youth of Tehran Pars (northeast district of Greater Tehran) took to the streets in protest of the power outage and chanted “Death to Khamenei and death to the dictator.” The State Security Force (SSF) attempted to disperse the protesters but was faced with jeer and resistance as the crowd continued with their slogans against the regime.

In Gohardasht, Karaj, people, and the defiant youth took to the streets and chanted, “Until the mullahs are not overthrown, we will not gain back our country.” The SSF and Special Units attacked the crowd. Also, in Mohammadshahr, Karaj, last night, people chanted, “From Karaj to Khuzestan, unity, unity.”

Residents of Kermanshah’s Dareh Deraz region took to the streets for the second consecutive day and blocking the highway leading to that region to protest the lack of water and electricity.

The people of Isfahan set fire to Khamenei’s banner on Tuesday night and chanted “Khuzestan – Isfahan, Unity – Unity.” They underscored their continued solidarity and unity with the Khuzestan uprising. In Isfahan’s Baharestan district, the resident also protested in the wake of a power outage. As SSF and special forces were dispatched to the scene, people chanted, “Khuzestan, Isfahan, unity, unity,” “The brave Iranians, join us in support,” and “Neither Gaza nor Lebanon, I sacrifice my life for Iran.”

People in the Kordkuy in Golestan Province blocked the road in protest against the power outage. Also, people in the Eyvan in Ilam Province protested against frequent power outages by taking to the city’s streets and honking their cars.

Secretariat of the National Council of Resistance of Iran (NCRI)
July 28, 2021 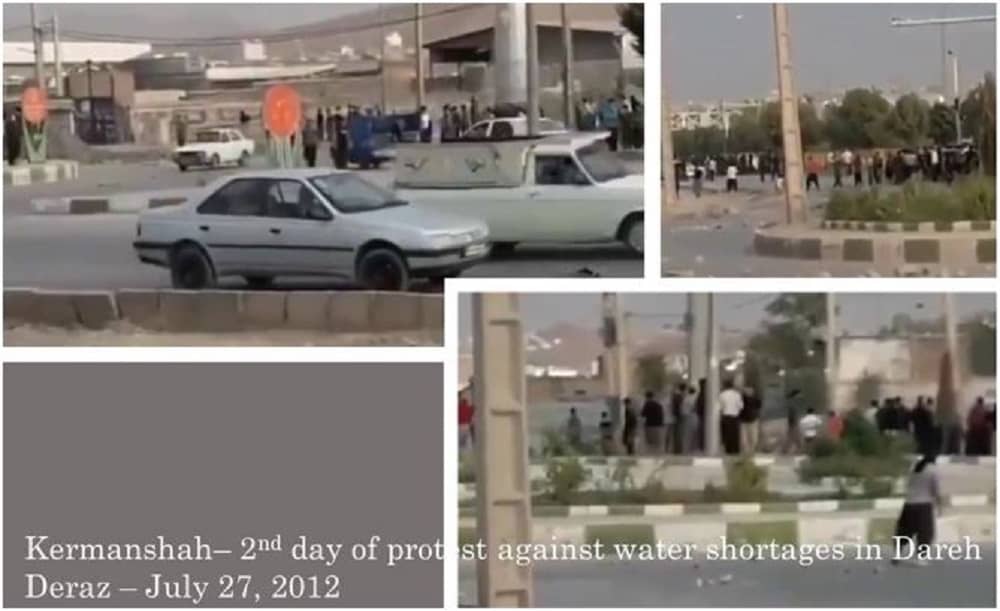 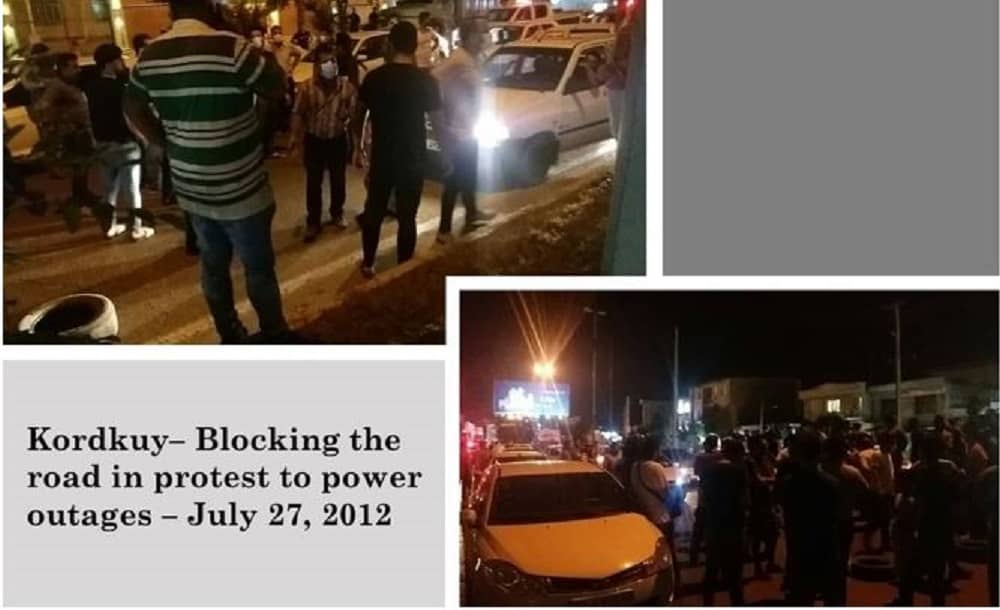 Kordkuy – The rebellious youth block the road to protest the power outages – July 27, 2021 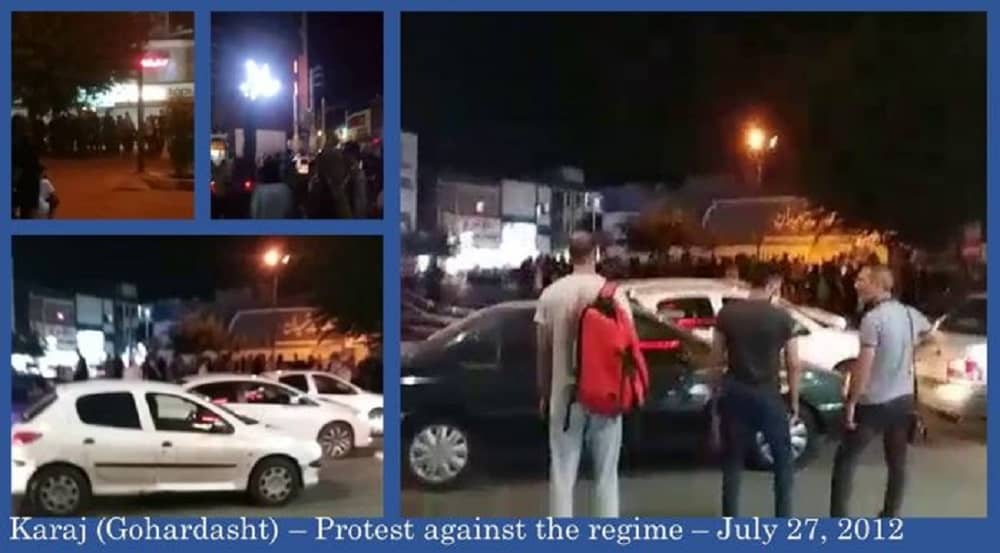 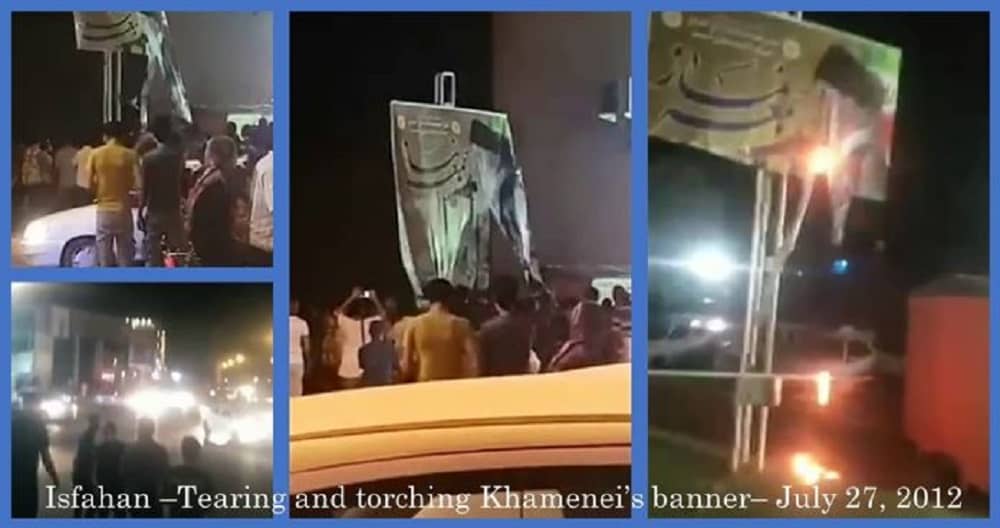