This topic becomes all the more imperative as protests across Iran are increasing gradually as the novel coronavirus takes more lives in unprecedented numbers, and senior regime officials are warning of an uprising in the not so distant future. 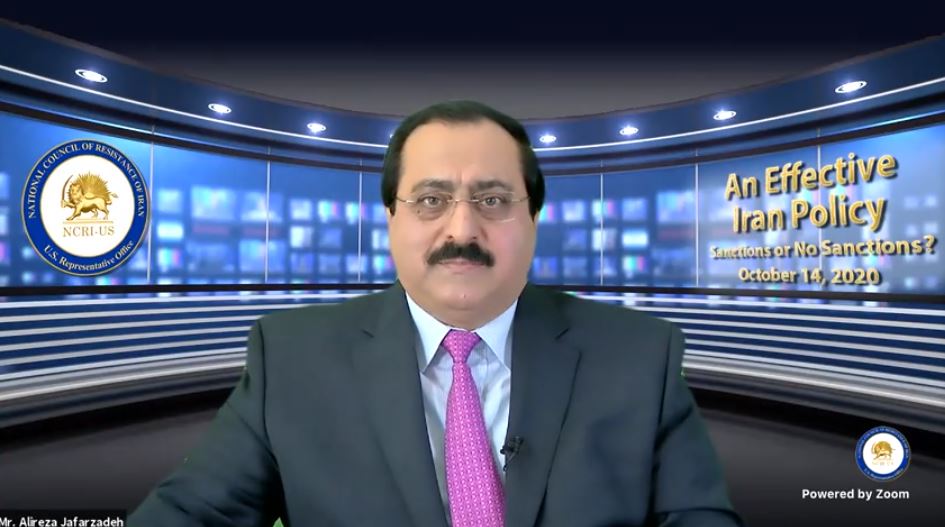 When it comes to the people of Iran, their message is clear: They want to overthrow the regime. They have been saying “our enemy is right here in Iran, not in America.” 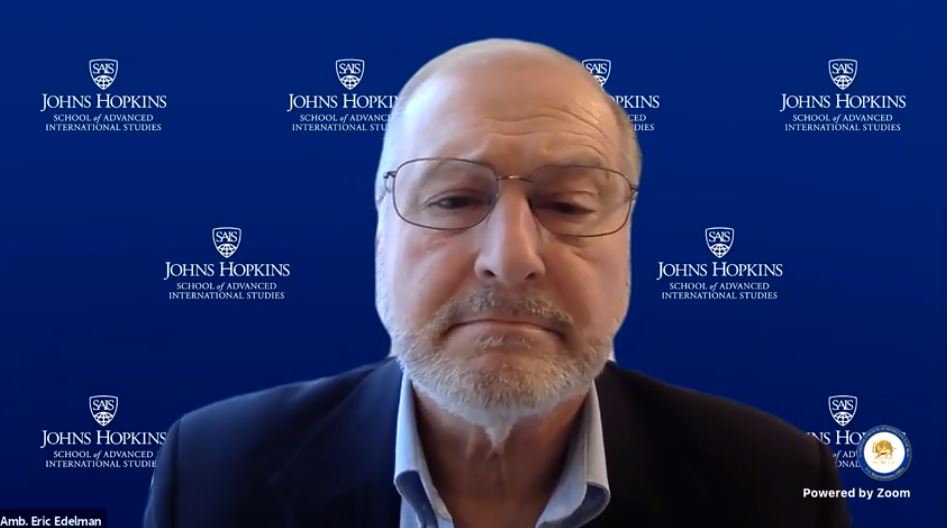 Those of us who said the snapback will not be a self-executing mechanism turned out to be right. We also need to focus on making sure Tehran is isolated. We must address a whole range of issues that the regime is causing. 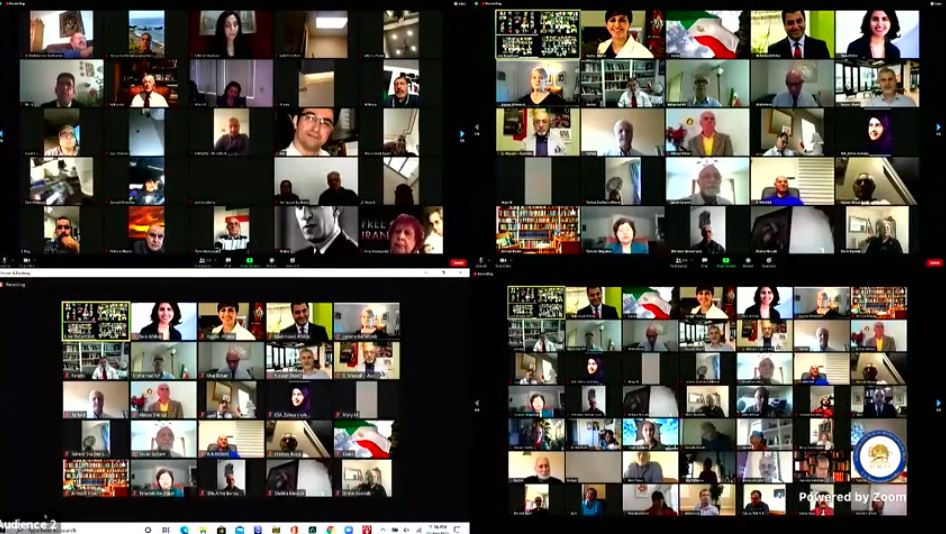 There have been explosions of dissent in late 2017, early 2018, and after the shooting down of the Ukrainian airplane. There’s also disquiet over the regime’s corrupt mismanagement of the Covid-19 situation.

A large number of people joined the NCRI online event discussing an effective policy vis-a-vis the regime ruling Iran—October 14, 2020
We must try to find mechanisms to bring dissidents together. We must help the opposition to the regime reach critical mass. We need to support trade unions like in 1979. We’ve seen strikes by steel workers, teachers, sugar cane workers in the past years. We need to support these movements.

We also need to retool our public diplomacy to highlight regime corruption and also highlight that human rights abusers will be held accountable. We also need to increase our broadcasting. We must complicate the regime’s task to shut down dissident voices in Iran. 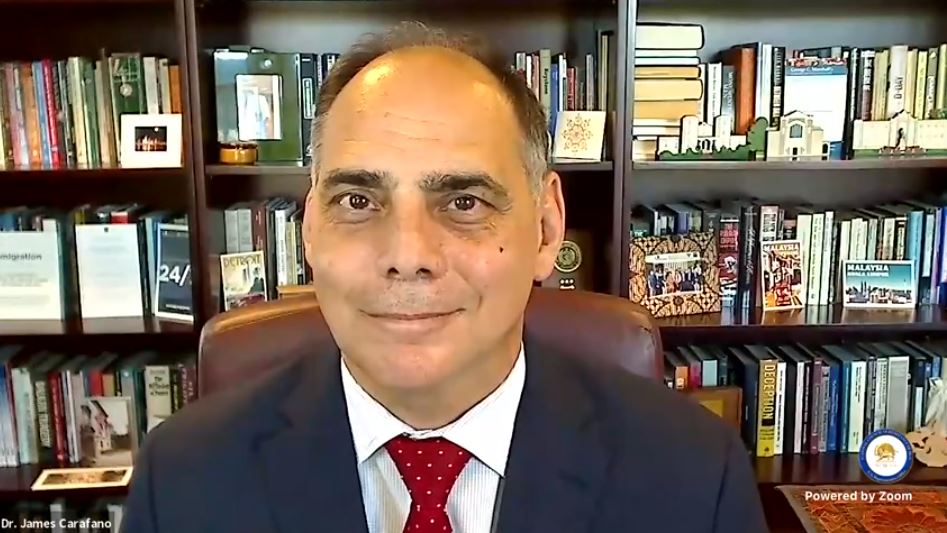 There are three things that link us to the world: Western Europe, the greater Middle East, and the Indo-Pacific. We want these areas to be peaceful and prosperous, where instability and terrorism don’t dominate.

In the Greater Middle East, the U.S. recognizes the regime in Iran is the greatest threat to peace and stability. On the nuclear issue, it’s not just about whether Iran will be a nuclear power, but if it does, there will be other countries. It could become a global threat. That’s why Iran’s nuclear program is a global threat. Other issues such as terrorism and support for terrorist groups are twin challenges that we must deal with.

The U.S. sanctions are meant to deal with these threats. They’re a component of a strategy. The sanctions have been very effective. What this administration would like to do is to sanction Iran as long as it takes to get them to stop doing what they’re doing to destabilize the region and the world.

This administration also wants to create an alliance that stands against the regime’s destabilizing activities in the region. This is beyond sanctions and puts additional pressure on the regime.

This administration’s commitment to sanctions is deep. They recognize it’s not punishing the people. There are humanitarian exemptions. And if the regime was really thinking about the people, they could take the money they’re spending on terrorism and missiles and take care of the people. If they did that, there would be no need for sanctions in the first place. Most Iranians understand that: They’re not being punished by the United States and the international community—they’re being punished by the regime.

Sanctions are not a strategy but they are a vital component to keep pressure on the regime, not just to punish them but also to limit their capacity to pose threats to the rest of the world. 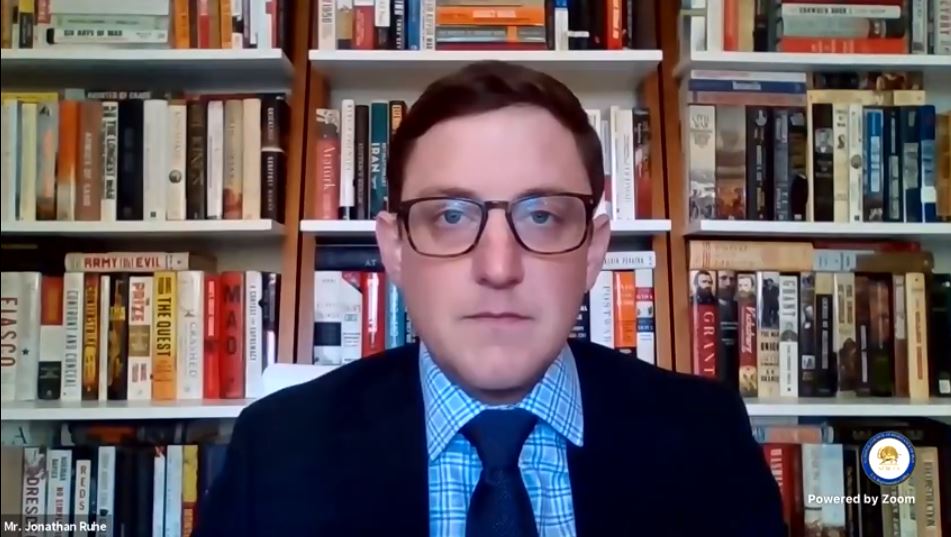 He said: We have to start what Iran’s nuclear program is. This is a nuclear weapons program, not a nuclear energy program. Iran is in violation of its commitment under the NPT. This is a treaty against the proliferation of nuclear weapons. It doesn’t guarantee what Iran claims is its “right” to enrich uranium. Iran already has what the NPT promises, which is access to nuclear energy. As we all know, Iran has enrichment facilities, which were created in secret and violation of the NPT.

If you crunch the numbers, it’s uneconomical for Iran to have these facilities. It already has gas and oil to produce power. All the costs it has incurred to develop these facilities make even less sense why it would create them. Long before the nuclear deal Iran was in violation of the NPT because it was looking to develop nuclear weapons, which led to six United Nations Security Council-led sanctions against Iran.

The nuclear weapons program is still intact and is inching closer to developing those weapons. Iran has progressively been committing violations of the deal. Iran right now is enriching more uranium than the JCPOA allowed, including enriching at Fordow, which was prohibited under the JCPOA.

Iran has been working on advanced centrifuges. Once it can deploy them, it will be a game-changer for their weapons program. This one is not reversible.

Whoever the next administration is, there are some key flaws in the JCPOA that need to be addressed. JINSA’s ultimate goal is what we call “regime collapse.” This is primarily between the regime and the people. Sanctions and more concerted pressure is needed. 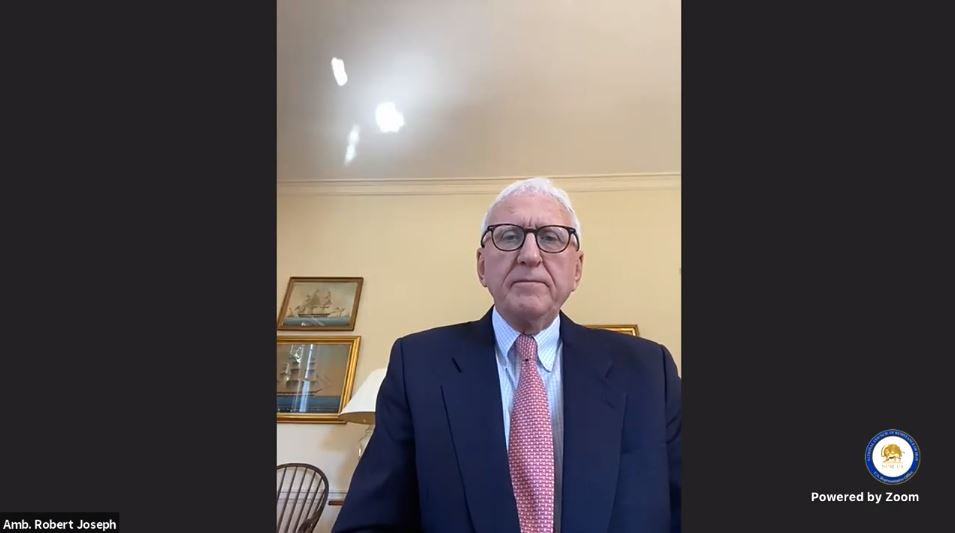 He told the conference: We can all agree that we are at a critical crossroads that will shape the region’s environment for a time to come. It’s disappointing but not surprising. The situation with Iran is complex but shows how three successive administrations have failed to stop Iran from acquiring the means to obtain nuclear weapons and become a threshold state. Iran is an even greater threat than North Korea because of its support of terrorism. Iran’s nuclear weapons program threatens to ignite a regional arms race in the region.

We can and should learn from our failures. From the past decades we should have learned from our experience: This is not a regime that has good faith in negotiations. You can negotiate and come to an agreement as we saw in 2015. But the regime cheated on every commitment it has made to the international community. The regime will not abandon its nuclear program and will try to keep a path to sneak toward nuclear weapons.

The regime will also not become more moderate. Since its foundation, the regime has used terrorist acts against its opponents. A terrorist-official of the regime was caught red-handed as he was handing over explosives to accomplices who wanted to blow up an NCRI gathering in Paris. Belgian authorities were concerned that the attack could cause massive casualties. The jailed agent has threatened even more deaths if he is convicted.

This regime has also lost all legitimacy with its people. The people pose the greatest threat to the regime. The killing of 1,500 protesters in November 2019 was an act of desperation. This regime cannot reform. It survives only through brutal repression. It will not change no matter how we hope.

The policy of maximum pressure is the best policy to prevent the regime from carrying out terrorist acts, threaten its neighbors, and suppress its people. We in the international community should be doubling down on sanctions and other means of pressure.

Support for democracy and human rights is vital, an expression of support for those inside Iran who seek democracy. They add to the pressure on the regime. We must tell the truth about the regime’s crimes against humanity. We must support the democratic opposition inside and outside Iran. Regime change must and will come from within. While apologists try to spin that the current regime is the only alternative to chaos, the ten-point plan of the NCRI provides a pathway to democracy and stability.

We must not throw the regime a lifeline that will only extend its terrorism and its nuclear breakout. The central problem is not the absence of negotiations or the absence of an agreement. More agreements will only lead to more aggression and more brutality. The central problem is the regime itself, which will never abandon its support for terrorism and aggression. The people of Iran will choose their future. Our policies will impede or help that choice.