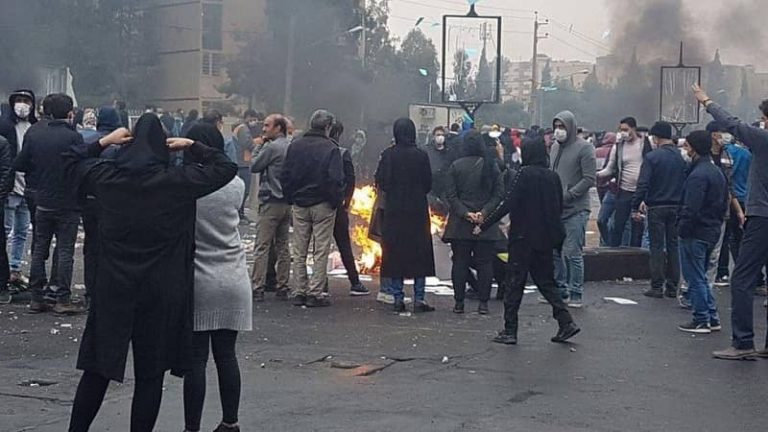 While many nations are now able to see a realistic exist from the coronavirus pandemic, Iran is still dealing with the single worst outbreak in the Middle East, and one of the worst in the world. The regime’s Health Ministry claims that the disease has killed around 60,000 Iranians, but this stems from systematic underreporting after more than a month of outright denials that anyone had been infected in early 2020. According to reports tallied by the People’s Mojahedin Organization of Iran (PMOI/MEK), the true death toll is approximately a quarter of a million, and still climbing.

But even this does not quite encapsulate the hardships the Iranian people are facing. The coronavirus outbreak is only one part of a larger pattern, and its effects have been exacerbated by years of worsening economic conditions and the regime’s neglect of the people’s vital needs. That neglect helped to spark a nationwide uprising in the final days of 2017, which continued through much of January 2018 and featured a number of slogans that conveyed popular endorsement for the ultimate goal of regime change.

That uprising was eventually brought to heel by regime authorities following dozens of killings and thousands of arrests. But the underlying movement for change remained active, no doubt spurred onward by the symbolism of the regime’s supreme leader acknowledging that the theocratic system was more vulnerable than he had previously been willing to admit. In a speech delivered at the height of the uprising, Ali Khamenei stated that the unrest had been fostered through months of effort by the MEK, which is the focus of much of the regime’s boastful propaganda.

In the aftermath of the January 2018 uprising, the opposition leader Mrs. Maryam Rajavi urged the Iranians, particularly youths to turn the ensuing year into a “year full of uprisings.” By all accounts, her appeal was well-received throughout the country, with scattered local protests taking place for months afterward and keeping the essential message of the initial uprising in regular circulation. The value of this movement was clarified for both domestic and international audiences in November 2019, when the regime announced gas price increases and residents of nearly 200 cities and towns responded by staging another uprising and revitalizing slogans like “death to the dictator.”

The second nationwide uprising lasted barely more than a week before it, too, was forced underground by violent repression. In that case, the repression was much more extreme than it had been nearly two years ago. In various regions in November 2019, the Islamic Revolutionary Guard Corps opened fire on crowds of protesters, killing a total of about 1,500. Although protests erupted again across numerous provinces just two months later, the November crackdown was very indicative of the sociopolitical climate in which the first coronavirus outbreaks would occur.

Iran Protests: Nationwide Uprising in Iran- November 2019
When the IRGC shot down a commercial airliner near Tehran in January 2020, many Iranians showed their willingness to defy regime’s repression in the interest of holding the mullahs’ regime accountable for some of its worst acts. But holding large scale protests became all the more difficult to maintain when Covid-19 began presenting an additional challenge to people who wanted to assemble spontaneously in public spaces. The difficulty was compounded by the fact that the pandemic’s global economic effects made it even more difficult for Iranians to eke out a living.

Naturally, Tehran showed no interest in reversing this trend. To do so would have been to embrace the threat of further uprisings by a population that was still impoverished and hungry enough to be outraged at the regime’s wrong policies, but not so impoverished and hungry as to be rendered listless and incapable of an organized revolt. Thus, the regime’s Supreme Leader Ali Khamenei declined to release any of the hundreds of billions of dollars in assets he has hoarded in so-called religious foundations, and the IRGC similarly kept a tight grip on its businesses and financial holdings, which reportedly constitute well over half of Iran’s gross domestic product.

The lack of financial assistance to ordinary Iranians made it necessary for many of them to continue going to work under increasingly perilous circumstances. Meanwhile, Tehran did little to nothing that would improve upon those circumstances. Lockdowns and travel bans were brief and weakly enforced if they were put into place at all, and since the start of 2021, Khamenei has seemingly imperiled the vaccination effort by barring the import of American and British-made drugs, then handing off responsibility for vaccine distribution to IRGC-linked companies that are all but certain to make self-serving decisions and try to profit off the people’s needs to the greatest extent possible.

As the Iranian Resistance has previously said, the regime’s authorities deliberately allowed coronavirus outbreaks to spiral out of control on the expectation that it would weaken the people’s resolve and make them less likely to resume public demonstrations in favor of regime change.

Yet this is not to say that the society has been entirely silent. It only indicates that serious expressions of anti-regime sentiment have been reserved for most Iranians.

The Iranian opposition has kept a running log of activities during the period of subdued unrest that coincides with the coronavirus pandemic. They include efforts to organize a boycott of the forthcoming presidential election, plus public display of banners and graffiti condemning the theocratic dictatorship and promoting the democratic vision of the Resistance leader Massoud Rajavi and the opposition president-elect Mrs. Maryam Rajavi.

The MEK Resistance units have also staged their own small-scale protests as well as demonstrating solidarity with recent, larger outpourings of dissent in places like Iranian Kurdistan and the southeastern province of Sistan and Baluchistan. In this way, their activities are highly reminiscent of the activities that made up the “year full of uprisings” that bridged the gap between January 2018 and November 2019 and set the stage for the latter.

This goes to show that despite the suppressive effects of a public health crisis developing on top of an economic crisis, on top of constant threats of political violence, the Iranian people are still poised for revolt. Mrs. Rajavi said as much in her speech marching the Iranian New Year holiday Nowruz, in March. The multiple crises, she said, “spread death and darkness and tried to extinguish every flame and every movement and to impose sorrow and grief all over the country. But Resistance units and rebellious youths kept these flames alight. And eventually, these flames roared in Saravan, in Sistan and Baluchistan.”
“The people of Iran were, and still are, struggling amid disease, poverty, and hunger,” she added before confidently stating that despite this, or perhaps because of it, the Persian year 1400, “will see the people of Iran rising up again to overthrow the regime.”