“We should make the society unsafe for the few (mal-veiling women) and not allow them to break the norms on the streets and parks easily… The SSF should be given more authority in dealing with those breaking the law and the norms. We should not be afraid of any hostile action in dealing with the violators,” he said. 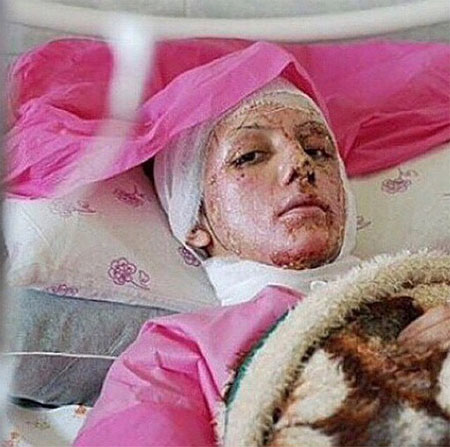 One of the victims of the 2014 acid attacks in Isfahan
These remarks once again show the regime’s misogynous nature. Earlier in 2014, Tabatabai’s statement against so-called “mal-veiled” women resulted in the regime’s thugs attacking young Iranian women and splashing acid on their faces.

In a similar development, Abolghasem Yaghoubi, the Friday prayers leader and Khamenei’s representative in North Khorasan, northeast Iran, said: “Law enforcement forces must make the lives of rioters who have evil intentions unsafe… Mal-veiling or the refusal to wear a veil acts like a virus in society, and we must confront those who do that… In addition to the engagement of the SSF and the judiciary in combatting mal veiling, the people must also get involved and enjoin good and forbid evil. We must also be sensitive to other viruses and not just the Coronavirus.”

Regarding these misogynous comments, which only pave the way for further harassment of the Iranian women and girls, the Women’s Committee of the National Council of Resistance of Iran (NCRI) highlighted that it “views the threats by Khamenei’s criminal representatives that have aroused popular outrage” as “another pretext to further repress Iranian women and girls.”

“It urges the United Nations High Commissioner for Human Rights, and the Human Rights Council as well as all women’s rights and human rights organizations to condemn these repressive measures and to support the struggle of Iranian women for freedom and equality.”

Misogyny: An inseparable part of the mullahs’ regime 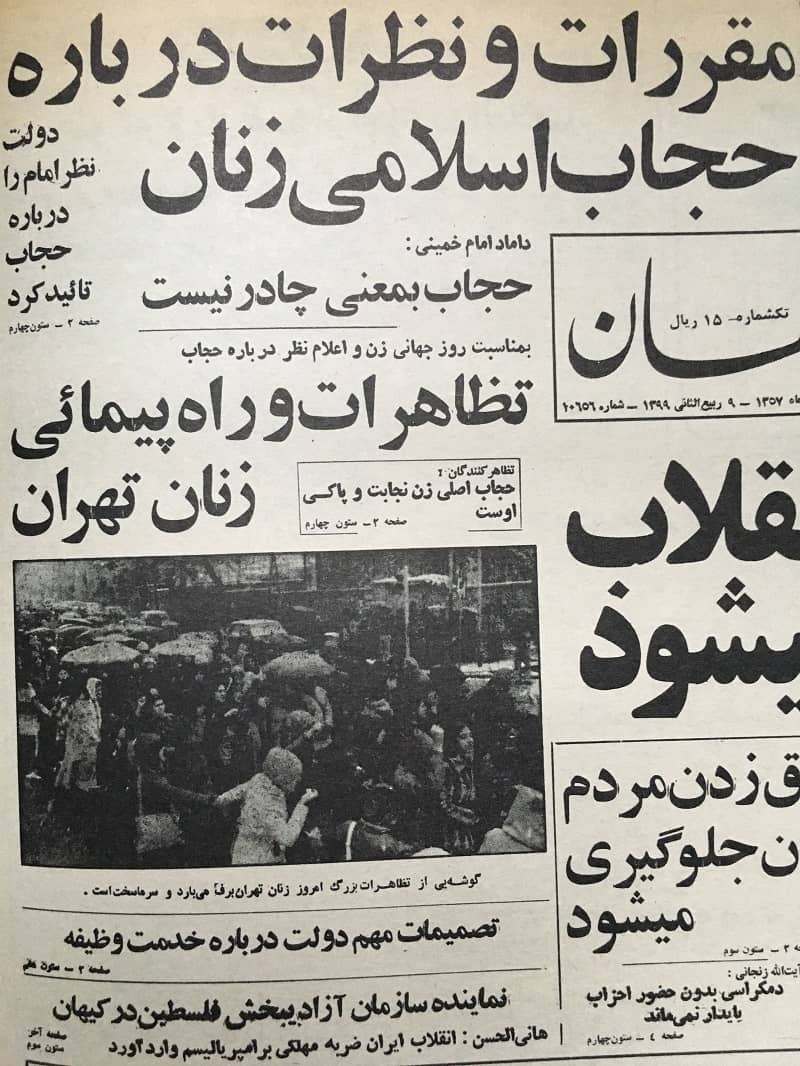 Iranian Kayhan newspaper wrote in 1979 about forcing women to wear hijab at offices
Since the mullahs hijacked the 1979 revolution, they have always demonstrated their misogynous nature in different ways. Month after coming to power, Ruhollah Khomeini, then the regime’s supreme leader, made wearing a hijab mandatory. Shortly after, the regime’s thugs attacked and brutalized many Iranian women under the pretext of not being “properly veiled.” The mullahs’ regime has a special force, called the “Guidance Patrol,” or “Morality police,” tasked with arresting mostly women under the pretext of being “mal-veiled.”

The regime’s so-called “moderate” president, Hassan Rouhani, in his autobiography, has boasted about being the first person in the country that implemented the mandatory hijab.
The regime’s misogynous constitution has paved the way for so-called “honor” killings. According to the regime’s constitution, if a father or grandfathers kill his daughter or granddaughter, he will not be punished. The recent tragic beheading of 14-year-old Romina Ashrafi by her father is a testament to the regime’s misogynous nature.