A new report by the US Department of State titled “Iranian Regime Malign Activities During Negotiations with Iran and During JCPOA” was published yesterday. The report lists the malign activities of the Iranian regime from 2011 to 2017.

“On September 1, 2013, an attack by Iranian proxies Kata’ib Hezbollah (KH) and Asa’ib Ahl al-Haq (AAH) on Camp Ashraf in Iraq, led to the deaths of 50 members of the Mujahedeen-e Khalq, or MEK, “, reads the report.

“On September 1, 2013, an attack by Iranian proxies Kata’ib Hezbollah (KH) and Asa’ib Ahl al-Haq (AAH) on Camp Ashraf in Iraq, led to the deaths of 50 members of the Mujahedeen-e Khalq, or MEK. Press reports claim members of the QF not only planned the attack but also played a direct combat role in it. The QF, along with KH and AAH members, also abducted seven MeK members and smuggled them back to Iran, according to the press. The missing seven members haven’t been seen or heard from since the attack.” 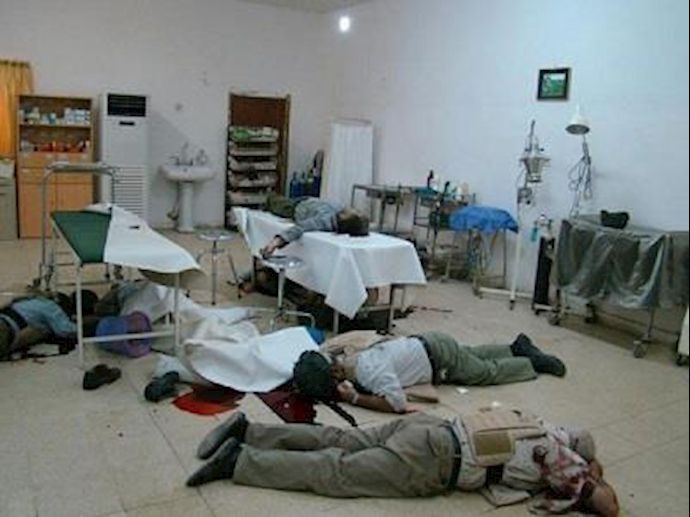 On September 2017 on the fourth anniversary of Ashraf massacre, in a ceremony in the presence of a number of international personalities and a large group of PMOI-MEK members in Tirana, Iranian Resistance’s President-elect Maryam Rajavi said: “The mass execution of PMOI members was the hidden half of the regime’s retreat in the nuclear talks and the JCPOA. Before the start of the talks with P5+1 and signing of an agreement in November 2013, the regime resorted to the massacre in Ashraf. Following Khamenei’s approval of the JCPOA in October 2015, Camp Liberty was attacked by rockets. All the stages of the nuclear agreement, starting from secret talks to the signing of JCPOA, were accompanied by attacks on and slaughter of Ashraf residents. The regime needs to annihilate its most important existential threat, namely the PMOI and the Iranian Resistance, to guarantee its survival…the massacre in Ashraf, however, does not fade in the past. Like the 1988 massacre, it is directly tied to the Resistance, and freedom and human rights in Iran. The dossier on Ashraf must be opened, and Khamenei, Maliki and others involved in this massacre must face justice.

Likewise, it must be cleared why the US turned its back on its obvious and undeniable commitments for the protection of the residents of camps Ashraf and Liberty and did not take any action against such a great crime. This is part of the policy of appeasement, particularly in the past eight years, which helped secure windfall gains for the mullahs. The overwhelming portion of the disasters caused by the regime in the Middle East was enabled by reliance on this policy.”

Embedded video
303
16:32 – 12 Jul 2019
Twitter Ads information and privacy
307 people are talking about this
Pointing to the 600 million dollars’ worth of PMOI’s property in Iraq, Mrs. Rajavi reiterated that the US and UN had repeatedly made written and verbal commitments over the past years to resolve the problem of the PMOI’s properties in Ashraf and Liberty. She called on the US and UN to oblige the government of Iraq to reimburse the PMOI for its assets and properties, particularly that both Ashraf and Liberty, and all the properties of the PMOI in these two camps are at the disposal of organs of the Iraqi government.