As the dire economic and social crisis continue in Iran, cities across the country witnessed more protests from all walks of life due to the regime’s mismanagement. The following are a part of the reports in this regard, tallied by the People’s Mojahedin Organization of Iran (PMOI/MEK). 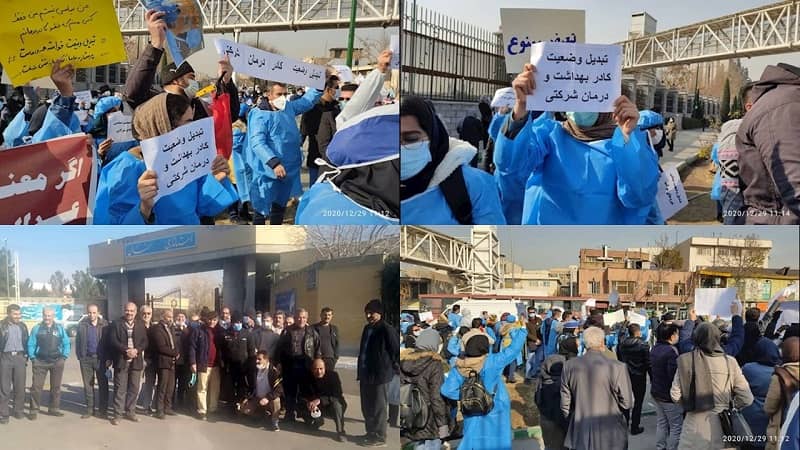 On Tuesday, December 29, contract health workers of the universities of medical science’s company held a protest in front of the regime’s Majlis (parliament) in Tehran, demanding authorities to clarify their employment status. 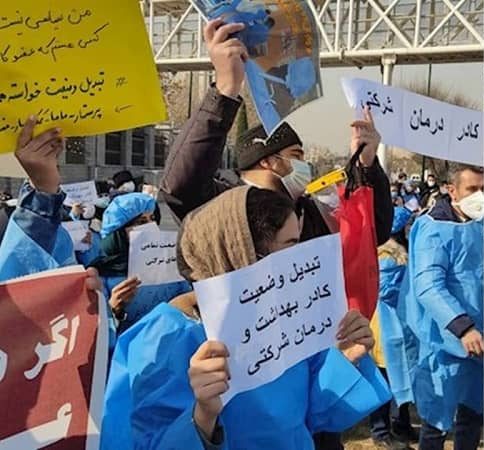 On the same day, a group of landowners near the “Kouhestan Park” in Yazd, central Iran, held a protest in front of the regime’s Judiciary in Yazd.

A group of unemployed workers in Shahroi village, Behbahan, southwest Iran, gathered in front of the Khuzestan province governorate on Tuesday.

Similarly, the municipality workers in Abadan, southwest Iran, refused to work in protest to not receiving their salaries for four months and gathered in the central municipality.

On Tuesday morning, a group of dismissed Rangin-Nakh Factory workers in Semnan, north-central Iran, held a protest in front of the regime’s governate in this province. 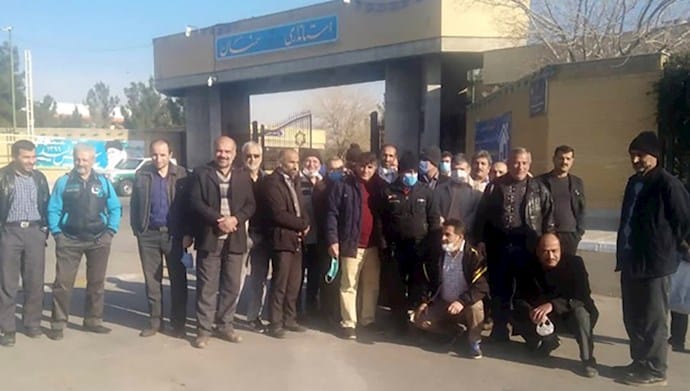 On Monday, December 28, locals in Faragheh Rural District, in Yazd province, held a protest against the construction of a tile factory in this village. Faragheh farmers, who face water problems, see this as an environmental threat to the region’s 3,000 hectares of orchards and farmland. They believe the factory should be built farther away from farmlands.

While the people of Iran suffer from poverty, the regime has been wasting national wealth to support terrorism.

Mahmoud al-Zahar, a senior member of Hamas’ leadership, told Al-Alam, the Arabic-language network of Iran’s state-run television, on Sunday, that during a 2006 meeting with Qassem Soleimani, Iran’s eliminated terror mastermind, in Tehran, he explained “the fundamental problem of staff and social services of the people of Gaza” to Soleimani. “Haj Qassem immediately responded to our request, so that the next day, when the trip was over, I saw $22 million in our luggage in the airport,” he said.

Mahmoud Zahar, admitted in that he had received $ 22 million from Qassem Soleimani for Hamas.
For this reason, the Iranian people chanted during their uprisings: “No to Gaza, no to Lebanon, my life only for Iran,” and “Let go of Syrian, think of us.”

“The government should think about inflation, poverty, and increasing poverty in society as soon as possible. Otherwise, we will see other measures by people. Many managers and senior officials of the country consider the poor people’s silence, patience, and calm as the result of their performance. [We] should be afraid of when the hungry volcanoes erupt and become unstoppable,” wrote state-run Arman daily on December 27.