Reports tallied by the Iranian opposition, the People’s Mojahedin Organization of Iran (PMOI/MEK), from Iran indicate there have been more protests by different social sectors. Iranians are protesting the regime’s economic mismanagement, poor living conditions, and lack of job security.

On Tuesday, December 22, Dehdasht Petrochemical complex workers held a protest in front of the company’s office for not receiving their delayed paychecks. 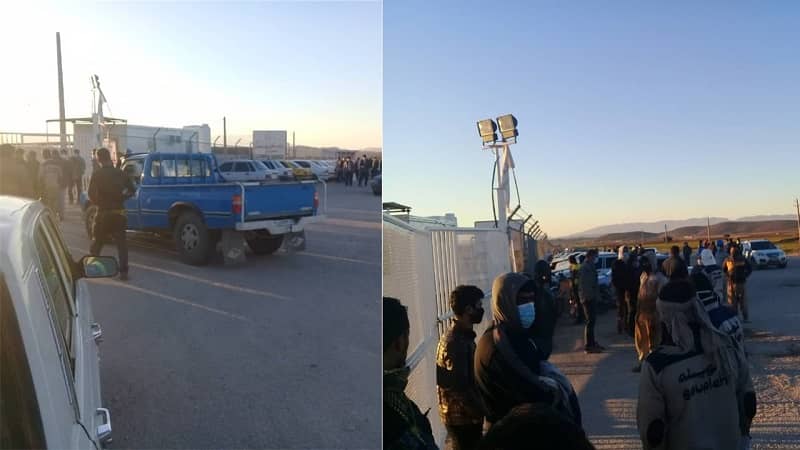 Dehdasht Petrochemical complex workers hold a protest – December 22
On December 22, a group of contract workers in the Petrochemical Special Economic Zone of the so-called Khomeini port in Mahshahr, southwest Iran, held a protest for the second consecutive day. Officials have not implemented the labor system’s legal approvals, which would ameliorate these workers’ working status.

On Monday, December 21, female workers of Sofaireh waste site company held a protest in front of the Ahvaz municipality, in Khuzestan province, southwest Iran. Workers are protesting the closure of this company and demand to be able to resume their occupation.

One hundred and twenty workers of Ahvaz waste site located in Sufireh village have been left unemployed and without insurance due to this site’s closure. They are demanding their delayed paychecks and updating their insurance. 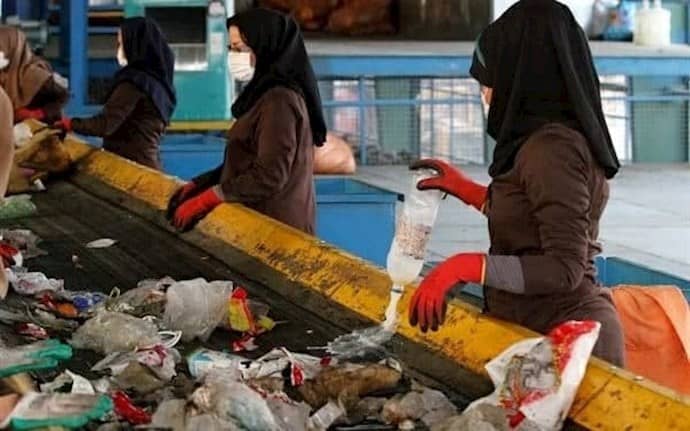 File photo
On December 21, bus drives in Urmia, in West Azerbaijan province in northwest Iran, continued their protests for the third consecutive day. They are refusing to work because the municipality has not paid the drivers’ insurance, and on the other hand, their income has decreased after the coronavirus outbreak. No institution has supported them. 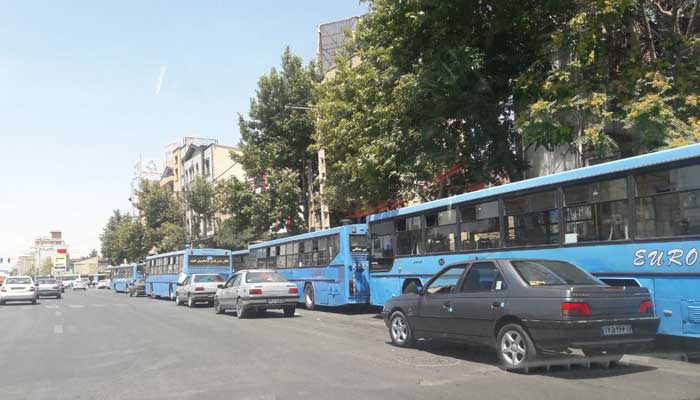 Bus drives in Urmia, in West Azerbaijan province in northwest Iran, protest – December 21
On Monday, a group of locals of Qaleh Chenan village, located in the southeast of Ahvaz, southwest Iran, held a rally for the second time in front of the Steel Industries Complex and Khuzestan Governor’s Office to protest not having a suitable job. They protested against the employment of non-natives in this steel complex and demanded employment in the factory. 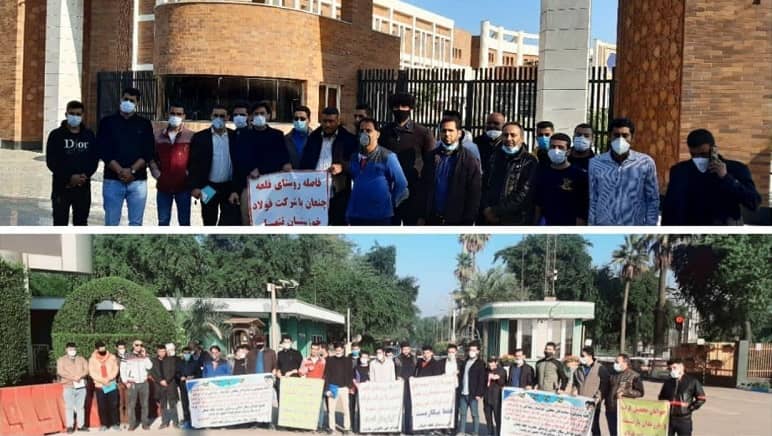 Locals of Qaleh Chenan village, southwest Iran, hold a rally
On Sunday, December 20, contract teachers held a protest for the second consecutive day in front of the Yazd governorate, in Yazd province, central Iran. These teachers demand proper implementation of the policy, settlement of their last and current academic year salaries, and permanent contracts.

On December 19, Khuzestan Water and Sewerage Company employees gathered in front of the company’s headquarters in Ahvaz, demanding their delayed paychecks. They also demanded authorities determine their job status.

Gardeners in East Isfahan, central Iran, held a protest in front of the Isfahan Governor’s Office on Saturday, December 19, to protest their gardens’ demolition.

On Friday, December 18, locals in the village of Chenar Mahmoudi, in Lordegan county, southwest Iran, rallied to protest the authorities’ failure to address the HIV infection of some of the villagers.

In October 2019, protests erupted in Charmahal Bakhtiari province after 300 inhabitants of Lordegan county became inflicted with HIV due to mismanagement by the Iranian regime’s health ministry.

The crisis erupted when the health ministry’s employees used polluted syringes for blood tests, resulting in HIV transmission to many residents in the Chenar Mahmoudi village. According to reports, the incident has also affected the inhabitants of neighboring villages.