Iranians residing in France, supporters of the Iranian Resistance, and human rights organizations took part in a rally against the visit to Paris by Javad Zarif, the mullahs’ foreign minister.

Hundreds of Iranians took part in the protest, which started in the early hours of Friday August 23 at Place du Trocadero in Paris.

Demonstrators carried a large banner that read “Expel Zarif.” They chanted: “Zarif is a terrorist, expel him.”

One of the placards carried by the demonstrators had the writing: “End making concessions to the mullahs.” Another placard read: “Shut down the Iranian regime’s espionage centers in Europe.”

The Paris District 1 municipality installed a large banner on the city hall opposing Zarif’s visit. The banner read: “Iran’s Mullahs and its Foreign Minister violate our principles. We do not welcome them.” 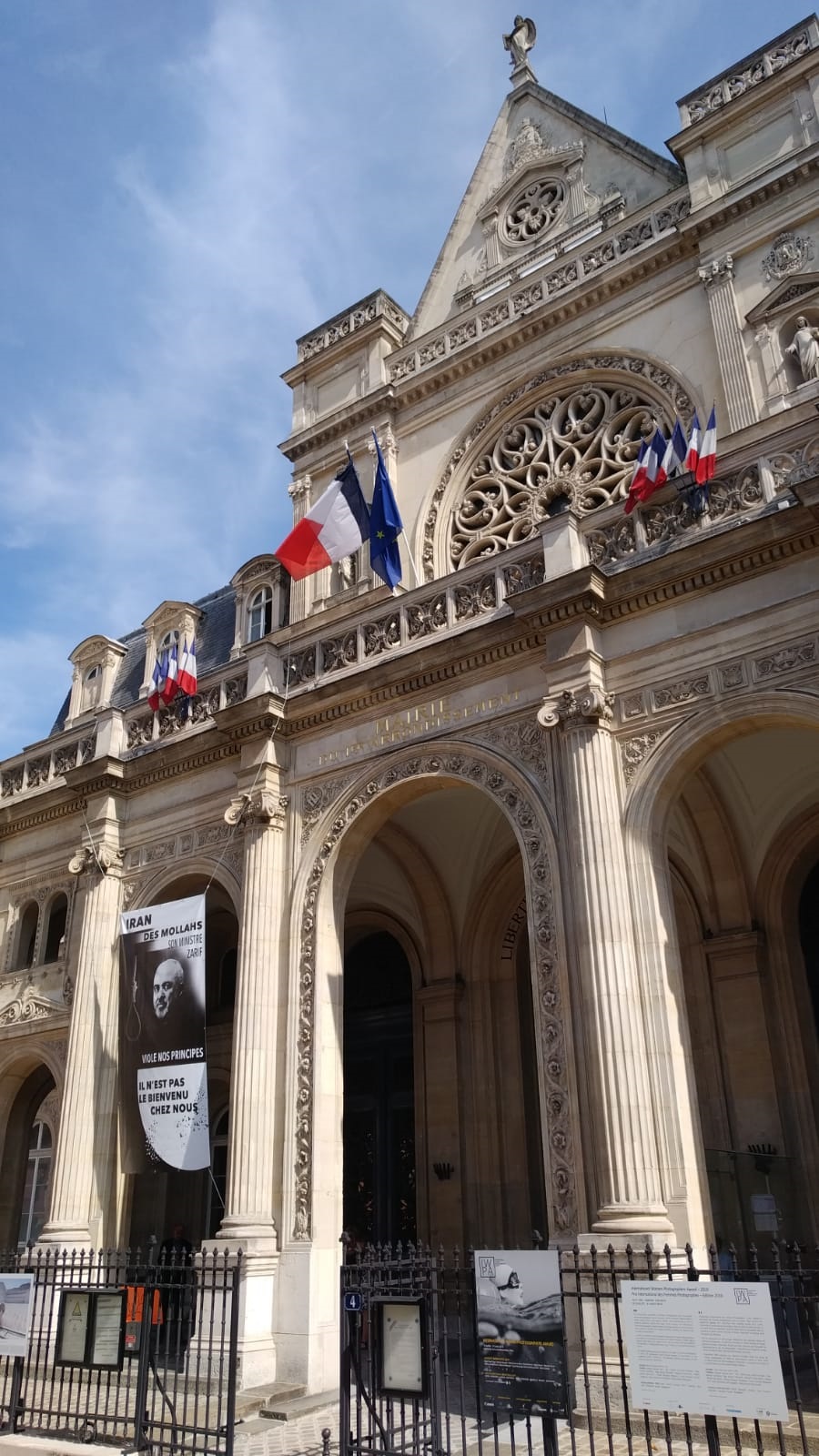 France is Zarif’s last stop on a European tour that began last weekend. His visits to Finland, Sweden, and Norway have been met with loud protests by Iranians residing in each of these countries. The protests highlighted widespread human rights abuses in Iran and the role of the mullahs’ regime in terrorism and crisis-making in the region. In response to objections to the trip, the Swedish Foreign Minister stated that her government had not invited Zarif and he had come to Sweden at his own request.

Continuing protests have so enraged Zarif that in an interview with the state-run Press TV on August 21, he railed at Iranian protesters demanding his expulsion from Sweden. “Ask anyone of those individuals standing outside to attend any meetings by Iranians (meaning the regime’s Revolutionary Guards and agents) and then see whether they would survive. They would not stay alive for a minute…. They cannot stay in Iraq either because the people of Iraq (meaning the regime’s proxies in that country) will eat them alive.”

Supporters of the Iranian Resistance pointed out that the mullahs’ regime faces an explosive domestic situation, with continuing protests and demonstrations nationwide and increasing international isolation, and that it is struggling to survive. Activists have expressed the belief that the regime is in its final phase, and have argued that foreign invitations to the Foreign Minister would embolden that regime to intensify the repression and killing in Iran, as well as terrorism and crisis in the region.

The protesters emphasized that Zarif represents a regime that maintains the world’s highest per-capita rate of executions, is the most active state sponsor of terrorism, is the primary source of crisis and chaos in the region, and is the main patron of Syrian dictator Bashar Al-Assad in his massacre of the people of Syria. Zarif and his ministry’s mission is to defend and whitewash the mullahs’ crimes, and to coordinate and facilitate terrorist plots abroad.

In 2018 alone, five of the regime’s diplomat-terrorists, including an ambassador, were expelled from Europe for their direct role in terrorist conspiracies against the Iranian Resistance and dissidents. Another four operatives, including an accredited diplomat, are in prison and awaiting trial in Belgium for plotting to bomb the Free Iran gathering in Paris in 2018, attended by hundreds of French and international dignitaries.