The Iranian people demand the international prosecution of Khamenei, Raisi, [regime Judiciary Chief Gholam-Hossein] Eje’i, and other henchmen responsible for massacres and murders in Iran.
We stand for an Iran without torture and suppression and devoid of discrimination and inequality.
On the occasion of the International Day against the Death Penalty, on October 8 and 9, freedom-loving Iranians and supporters of the People’s Mojahedin Organization of Iran (PMOI/MEK) condemned human rights violations and increasing executions in Iran by holding a series of rallies in 21 cities in 12 different European countries, in addition to the United States and Canada. The demonstrators demanded that the human rights violations of the religious fascism in Iran be referred to the UN Security Council and that leaders of the regime, especially Khamenei, Ebrahim Raisi, the henchman of the 1988 massacre, and Gholam-Hossein Mohseni-Eje’i, regime’s Judiciary chief, be held accountable for genocide and crimes against humanity in international courts.

On October 8, the rallies took place in Washington DC, Los Angeles, Paris, London, Rome, Geneva, Amsterdam, Brussels, Toronto, Vancouver, Montreal, Stockholm, and Copenhagen. The demonstrations continued on Saturday, October 9, in Berlin, San Francisco, Dallas (Texas), Gothenburg, Vienna, Oslo, and Bucharest. The demonstrators condemned the clerical regime’s crimes and denounced the policy of appeasement towards the religious fascism ruling Iran, and any dealings with this regime that has committed the 1988 massacre. In particular, they condemned inviting Ebrahim Raisi (the mass murderer of the 1988 massacre) to the “2021 United Nations Climate Change Conference – COP26” in Scotland. Raisi was a member of the Death Committee that ordered the execution of thousands during the 1988 massacre of 30,000 political prisoners. The demonstrators asked for the ostracization of the clerical regime and the prosecution of its leaders for crimes against humanity and genocide.

In a video message broadcast at the rally in Berlin, Mrs. Maryam Rajavi, the President-elect of the National Council of Resistance of Iran (NCRI), hailed the freedom-loving Iranians who participated in demonstrations in various cities in solidarity with the Iranian Resistance and in support of overthrowing the regime of massacres. She also paid tribute to 120,000 martyrs of the path of freedom, especially the 30,000 political prisoners who were executed during the 1988 massacre, 90% of whom were members and supporters of the MEK. She said: Indeed, why would the world that has declared the World Day Against the Death Penalty to convey its sense of shame and injured conscience regarding executions, a world that accepted the Universal Declaration of Human Rights over seventy years ago, tolerate a theocracy immersed in executions and massacres in Iran? And, why does the United Nations accept a regime, which according to the UN Secretary-General, is holding 85 minors on death row in its prisons as we speak?

Mrs. Rajavi reiterated: The clerical regime relies on executions inside Iran, and due to Western governments’ protracted and continuing policy of appeasement, the regime enjoys impunity abroad for its crimes. It is on this basis that [the regime’s Supreme Leader Ali] Khamenei installed [Ebrahim Raisi] “the 1988 Henchman” as his president. Khamenei seeks to intensify suppression, torture, and execution of all prisoners to save the regime from being overthrown, similar to the 1988 massacre. For this purpose, the regime has imposed inhumane pressures not only on political prisoners but all prisoners. The regime tortures prisoners to the brink of death and effortlessly sends them to the gallows in a bid to intimidate society and, in its view, to block the path of uprisings. She added: But today, the people’s readiness for the overthrow of the regime and the anti-suppression activities of Resistance Units have created a situation where the execution of even a single prisoner or the cries of a single detained individual under torture pushes the entire regime closer to overthrow.

Referring to the Iranian Resistance’s legal campaign that led to the Swiss Federal Court’s order to reopen and expand investigations into the assassination of Dr. Kazem Rajavi, the great martyr of human rights in Iran, in the context of genocide and crimes against humanity, as a turning point for the movement seeking justice for the victims of the 1988 massacre, Mrs. Rajavi emphasized: The horrific dossier of human rights violations in Iran, especially the regime’s actions in prisons, including in particular the ill-treatment and torture of female prisoners, must be referred to the UN Security Council. The Iranian people demand the international prosecution of Khamenei, Raisi, [regime Judiciary Chief Gholam-Hossein] Eje’i, and other henchmen responsible for massacres and murders in Iran.

The President-elect of the NCRI urged the UN Secretary-General, the High Commissioner for Human Rights, the Human Rights Council, UN special rapporteurs, and international human rights organizations to act in order to visit the regime’s prisons and meet with political prisoners.

Mrs. Rajavi’s ended her remarks by reiterating: We have risen up for an Iran without torture and suppression and devoid of discrimination and inequality; for the establishment of a democratic republic based on the separation of religion and state, and for a non-nuclear Iran, where the death penalty is abolished; an Iran with “an independent judiciary and legal system consistent with international standards based on the presumption of innocence, the right to defense counsel, the right of appeal, full independence of judges, and abolishment of the mullahs’ Sharia law.” 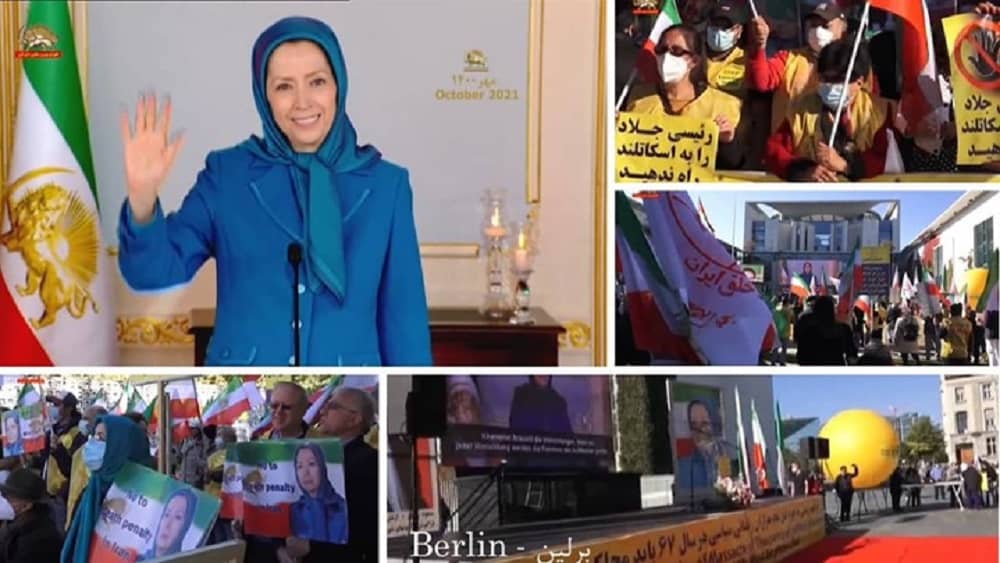 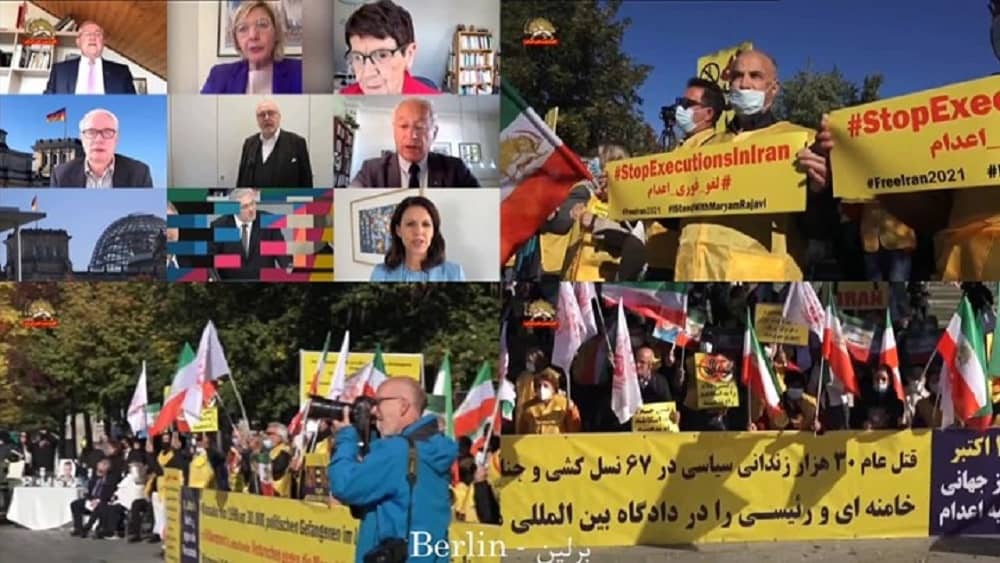 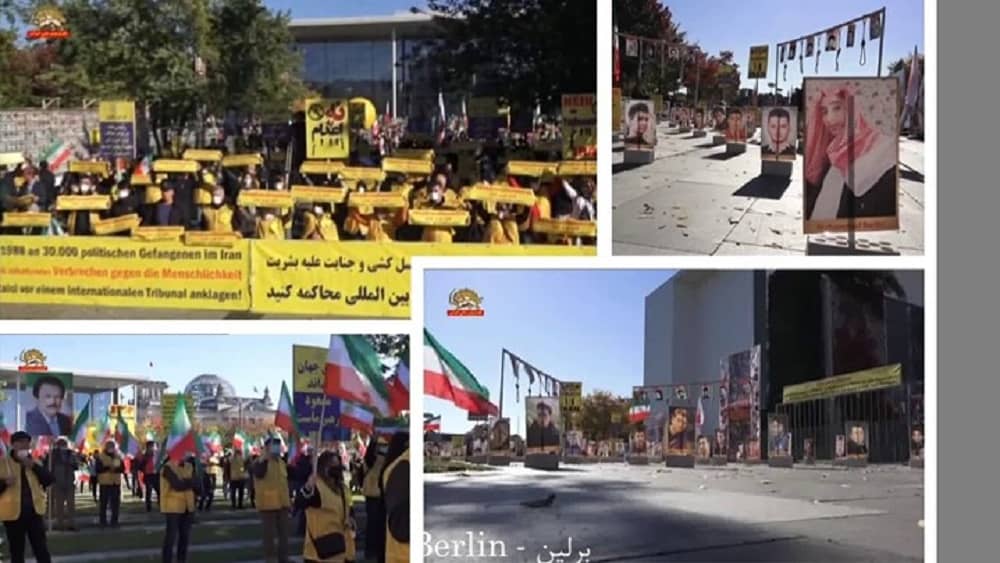 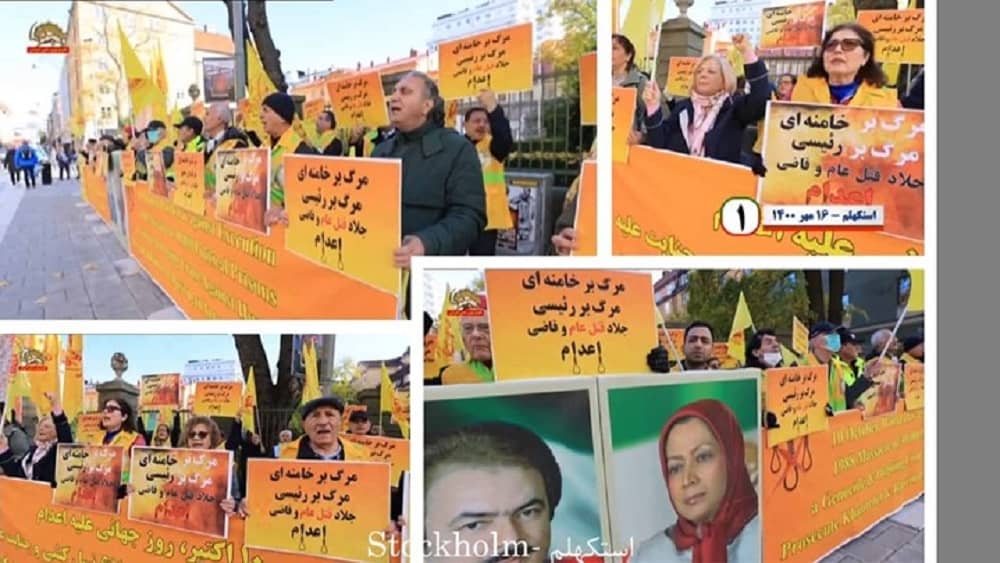 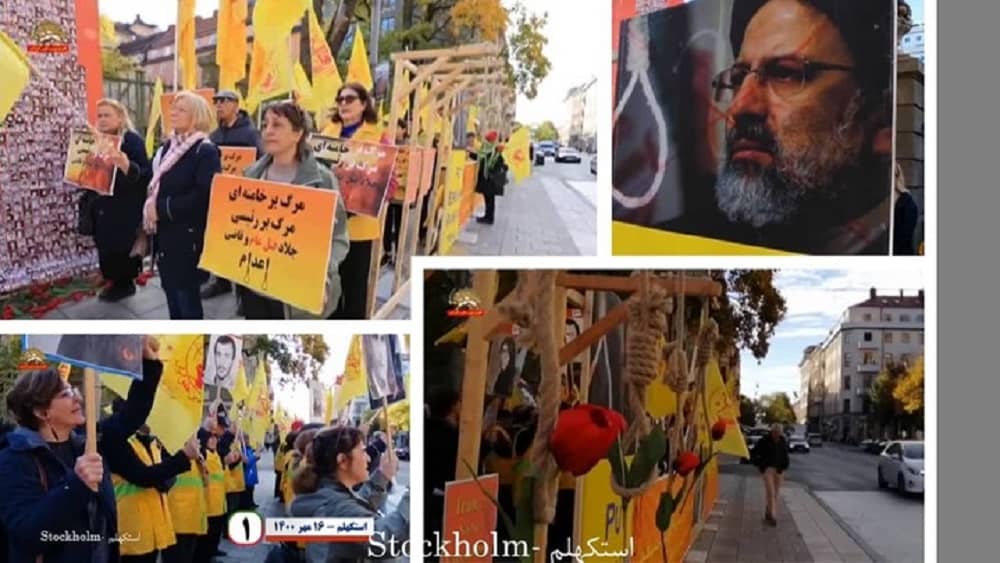 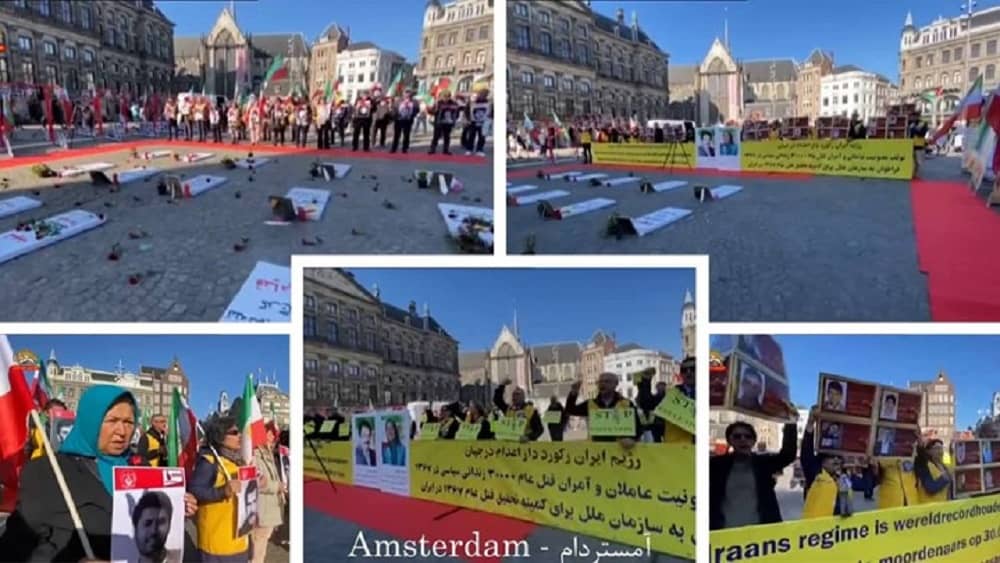