Maryam Rajavi: Freedom and justice are mutually necessary. It is possible to establish freedom, justice and equality, and the MEK has risen to realize this goal.

On Friday, September 6, 2019, the People’s Mojahedin Organization of Iran (PMOI), commonly known as the Mujahedin-e Khalq (MEK), celebrated the 55th anniversary of its founding at its new home, Ashraf 3, in Albania. The MEK held an event earlier this week to mark the anniversary.

MEK’s Secretary General, previous Secretaries General, a number of senior officials and thousands of members of the organization were present. 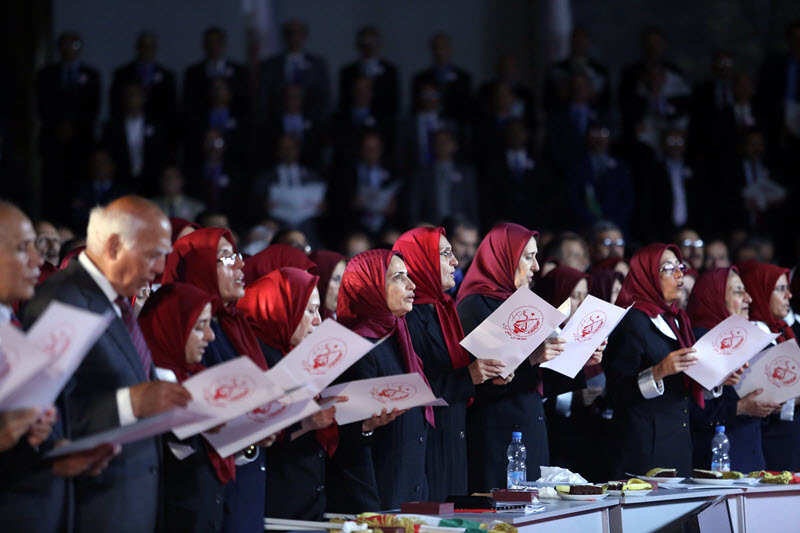 Mrs. Maryam Rajavi, the President-elect of the National Council of Resistance of Iran (NCRI) was invited to and addressed the event.

Ms. Merrikhi and several MEK officials and members, representing three generations spoke at the gathering, which included a film on the MEK’s 55-year history from its inception to its resistance against the Shah’s monarchic dictatorship to the 40-year struggle against the religious dictatorship ruling Iran.

In her remarks, repeatedly interrupted by a boisterous and passionate audience, Mrs. Rajavi paid homage to the MEK founders, Mohammad Hanifnejad, Saeed Mohsen, and Ali Asghar Badizadegan, who were executed 47 years ago on May 25, 1972, by the Shah’s criminal regime. She said, “The MEK’s founding marks a rebellion in Iran’s history against what should not be; from the talk of reform and expediency by those who lay claim to politics, to the reactionary ideology and deception of those who lay claim to religion. And, rebellion and uprising against what should be; from freedom to justice and equality, for which Resistance Units and the Army of Freedom have risen up.” 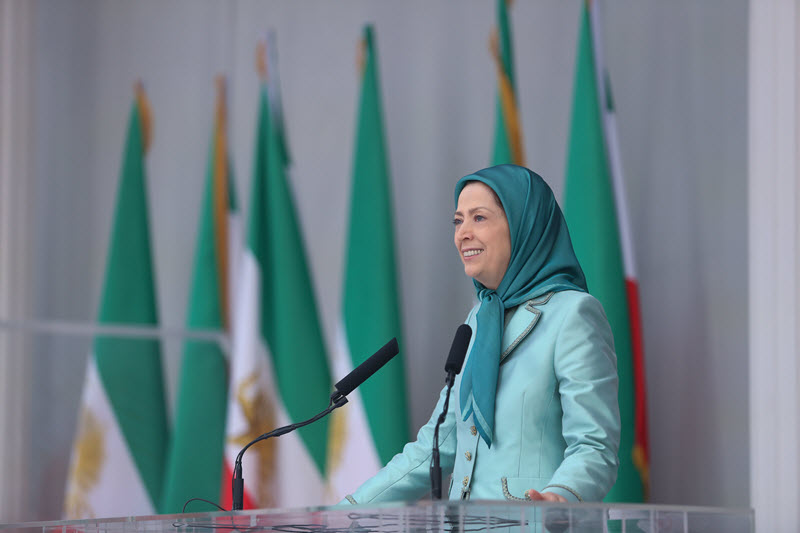 The NCRI’s President-elect added, “The PMOI/MEK has gained such prominence in Iran’s political landscape and liberation struggle that would have been inconceivable six decades ago. From enduring the great blow by the Shah’s secret police SAVAK, to overcoming the betrayal of pseudo-leftist opportunists, and from blocking the path of Khomeini and the monster of religious tyranny to confronting fundamentalism in the region; from epics created in Khomeini’s torture chambers and the massacre of 30,000 political prisoners, to promoting the democratic alternative of the Iranian people. This capacity for perseverance has enabled the PMOI/MEK to rise like a phoenix from its ashes many times, building everything anew multiple times and advancing to new heights. From the uprising of June 20, 1981 and the establishment of the democratic alternative (the NCRI) to forming the National Liberation Army, and from the decade-long period of persistence in Ashraf (Iraq) to building a thousand Ashrafs and Resistance units in Iran.

Highlighting the pioneering role of women in the MEK’s leadership, Mrs. Rajavi noted, “Women have been and still are at the helm [of this organization] for over 30 years of its 54-year existence… And now, they have been replicated in the ranks of the Central Council of the PMOI/MEK, made up of 1,000 women and is charged with the leadership of this organization, [ and joined by] a long line of men, liberated from ideological chains and the culture of patriarchy; and are restless and passionate about liberating Iran and saving it from the devastations caused by the Shah and Khomeini.”

Recalling that “The latest century in Iran’s history can be summed up in the shifting of power among four despots and two dictatorships of kings and mullahs, who were complicit in creating a savage tyranny,” she said, “On the opposite end of the spectrum, the Iranian people’s movement entered the scene with the Constitutional Revolution (1906), creating a new equation in which Iran’s destiny was no longer determined by the ruling despots, colonialist powers and the mullahs. Rather, the Iranian people’s coalition to obtain freedom and sovereignty took shape and rose up. The PMOI/MEK has played an important role in this revolutionary progress over the past century. Its history chronicles the strengthening of the prospect of freedom, popular sovereignty, justice and equality in Iran.” 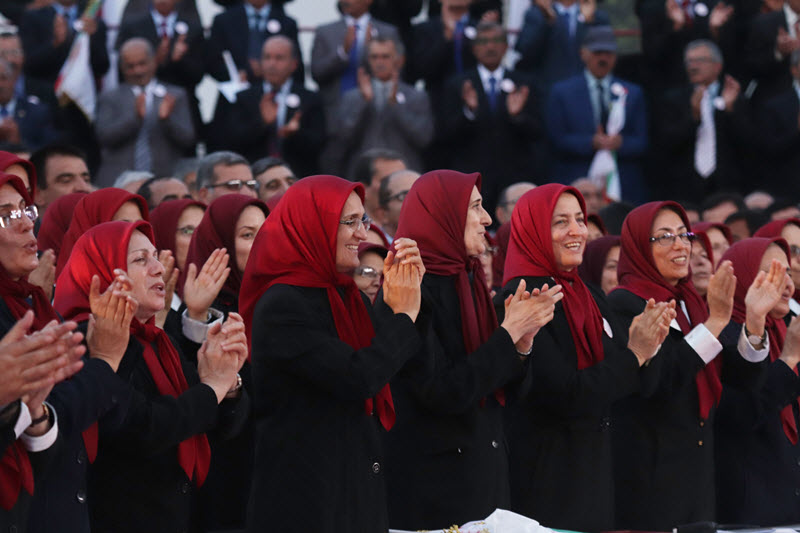 Mrs. Rajavi underscored, “Freedom and justice are mutually necessary. It is possible to establish freedom, justice and equality, and the PMOI/MEK has risen to realize this goal,” adding, “I want to give assurances to the people of Iran that the PMOI/MEK is capable of overthrowing the regime by relying on their own people. They are capable of replacing religious tyranny with freedom, democracy, and separation of religion and state. They can replace distrust with trust, insecurity and fear with security, and injustice with equality. 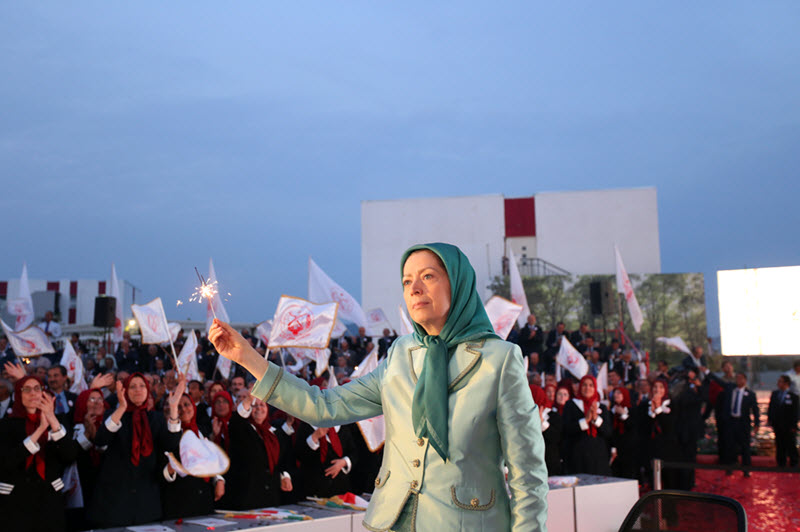 They are capable of leading Iran towards freedom, prosperity and progress.”

In part of her speech, MEK’s Secretary General Ms. Zahra Merrikhi said that the mortal conditions with which the regime is faced “has a much deeper root than international sanctions and major loss of revenues. Owing especially to the impact of the protest movement and the organized resistance, the mullahs have reached a point where they lack the capacity to reproduce the source of their survival. Western government’s appeasement policy, fake reformers, and other parties assisting the regime have run out of steam. While facing the prospects of being overthrown, the velayat-e faqih regime, unlike previous periods, has no savior and is rapidly moving towards its demise. At this juncture, the active resistance of the MEK, the Resistance Units and Councils as well as this movement’s unrelenting political campaign internationally aimed at defeating the conspiracies of the mullahs and their advocates and restoring the rights of the Iranian people and Resistance, has brightened the prospects of the regime’s overthrow.” 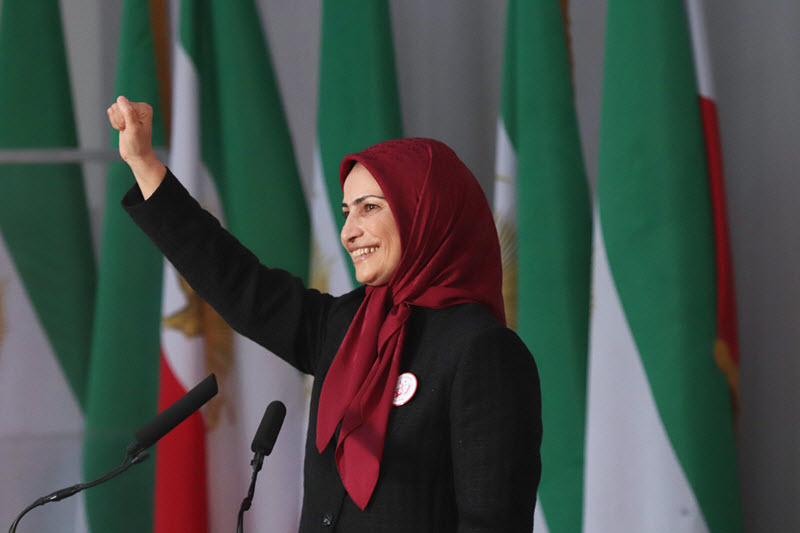 Ms. Merrikhi added, “Another important development in this period was the young people joining the MEK in different cities, especially following the December 2017 uprising. recruiting and organizing the youths in the framework of Resistance Units is another aspect of the MEK’s activities. Despite the enemy’s blows, the arrest and torture of many members of these units, the MEK succeeded in replacing them and dramatically increase the quantity and quality of these units, which through their continuing activities have kept ablaze the flames of the uprising.”