Amid their infightings and facing a restive society, state media warn the regime of what they call the “sworn enemy,” the Mujahedin-e Khalq (MEK).
As Iran’s social and economic crises continue to deteriorate, state media warn officials of another uprising. The regime also faces increasing international isolation, which amplifies the domestic crisis and the mullahs’ infightings.
The regime cannot deal with the world powers as halting terrorism or nuclear activities would only make the mullahs’ regime weaker. The Iranian regime and its apologists had hoped that the new U.S. administration would immediately return to the 2015 Iran nuclear deal with world powers.
Yet, as the regime did not reach its desired outcome, the nuclear talks became frustrating. “This situation is at a time when the country is in an economic crisis, and the people are suffering from difficult living conditions, the unbridled costs caused by the sanctions,” wrote the state-run Mostaghel daily on Monday in this regard, blatantly accusing sanctions as the root of Iran’s crises.
The Iranian people have always chanted against the regime in their protests, underlining that the only cause of Iran’s various crises is the mullahs’ regime and its destructive policies. 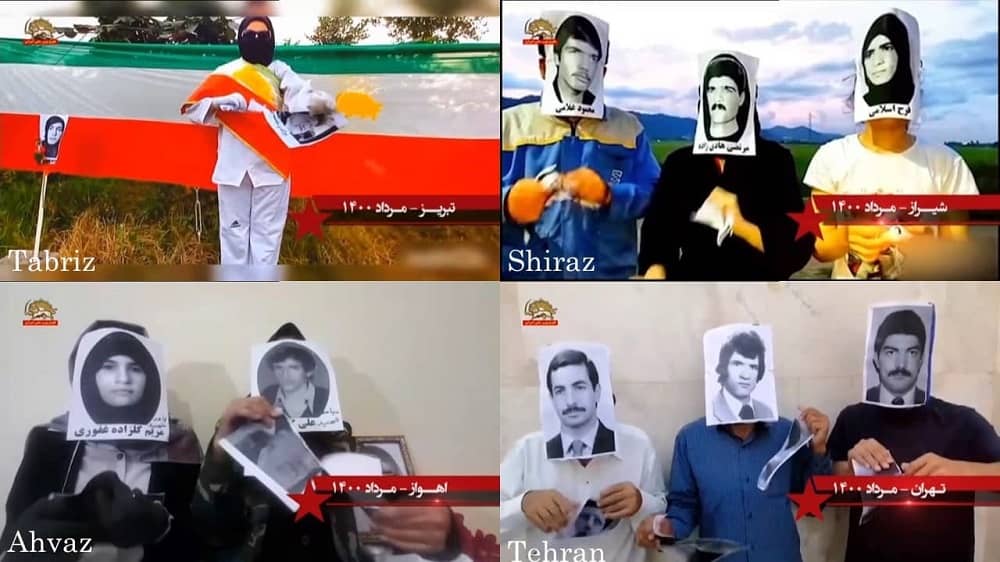 Mostaghel daily immediately reveals that it is just shedding crocodile tears for people, and the real concern is the regime’s security. “Beyond the economic consequences, this can have security risks at the social level. The protests at night during the power outage and the popular protests in Khuzestan due to the water crisis are some examples,” the article reads.
Mostaghel daily, blamed the rival faction, underlining that they “ignored social conditions and crises, and continued to provoke and make the other side react.” In other words, Mostaghel daily confirms the regime’s malign activities have increased international isolation.
“Instead of looking at things from a closed angle, it is better to look at things from a higher perspective. Look at the fact that society is drowned in inflation and people suffer from living problems. Even many sympathizers of the [regime] are trapped, and we see some people getting off the train of the [regime] daily. The enemy, the MEK, is not idle either, and they make the most of this situation and this dangerous platform,” Mostaghel revealed the real threat to the regime’s existence.
The MEK has been opposing the mullahs’ regime for 40 years, paying the heavy price of freedom by sacrificing over 120,000 of its members and supporters. In recent years, despite the regime’s systematic campaign of demonizing the MEK, more people, main youth, are attracted to the MEK and join its “Resistance Units.”
While calling those who chose to fight against tyranny, “brainwashed” Mostaghel writes: “The MEK traps the angry youth in its sinister ideology through deception and brainwashing. It then turns the youth into rioters.”

Tehran, Ahvaz, and Tabriz – Activities of Resistance Units and MEK supporters
Tehran, Ahvaz, and Tabriz – Activities of Resistance Units and MEK supporters in commemoration of the victims of the 1988 massacre – July 29, 2021
Mostaghel also reflected the regime’s desperation about the Iranian Resistance’s “Free Iran World Summit” on July 10-12. Nearly one thousand political dignitaries participated in this event and endorsed the call for an assertive policy toward the regime and a “Free Iran.”
“The MEK held an international three-day summit in July and invited one thousand politicians and officials. While supporting the MEK and its leaders, they took a harsh position against [the regime]. The MEK invited a strange range of politicians, from the Republican Mike Pompeo to Democratic Sen. [Robert] Menendez and even the current Prime Minister of Slovenia, to this World Summit to support the MEK and their leaders, so they could continue their efforts against the system.” Mostaghel’s article reads.
During the Free Iran World Summit, at least one thousand members of the MEK Resistance Units were connected to the event. They expressed their utter support of the Iranian Resistance and their readiness to fight against the mullahs’ regime.

“They connected hundreds of deceived youths and their current Resistance Units’ members from different cities across the country, so the MEK could claim they have an important force in Iran,” Mostaghel wrote in this regard.
The Iranian Resistance movement has proudly continued to use every momentum to struggle for freedom in Iran and guide society toward freedom and democracy.
“Didn’t the MEK called for chaos in its propaganda in recent days? Hasn’t their leader tried to turn a social protest into a nationwide riot with the goal of the regime? Hasn’t the intelligence officials confirmed that the MEK was behind all recent riots in Khuzestan, Lorestan, Tehran, and other parts of the country,” Mostaghel wrote, adding, “hasn’t this enemy used the current social movements to pursue its strategy of [overthrowing the regime?”

Protests in Khuzestan province and Izeh in Iran continue for 8th day despite the internet blackout
Mostaghel daily concludes that by negotiating with the world powers, the regime could avoid its imminent downfall. This is wrong, as proved in 2018 when the first round of major protests in Iran erupted, although the Western powers had lifted sanctions on the regime. The regime is unable to resolve people’s crises because it has created them.
In other words, the regime would not be able to control Iran’s restive society.