Iran’s Regime Took Oppressive Measures in Persian New Year
The Iranian regime has increased its oppressive measures, simultaneous with the start of the New Persian Year.

Fearing Iran’s restive society, the regime’s police force held a maneuver on the Eve of the Persian New Year of 1400 in Tehran. This maneuver further confirms mullahs’ fear of another uprising. “Coinciding with the last day of [Persian New Year of] 1399, the Tehran Police held a military maneuver on Saturday morning, March 21, 2021. This maneuver was held in the presence of the State Security Force Commander, Tehran Police Chief, and Tehran Governor Anoushirvan Mohseni Bandapi in Azadi Square. Greater Tehran police forces demonstrated their capabilities in Azadi Square,” wrote the state-run Fars news agency on Sunday, an outlet linked to the regime’s Revolutionary Guards (IRGC). 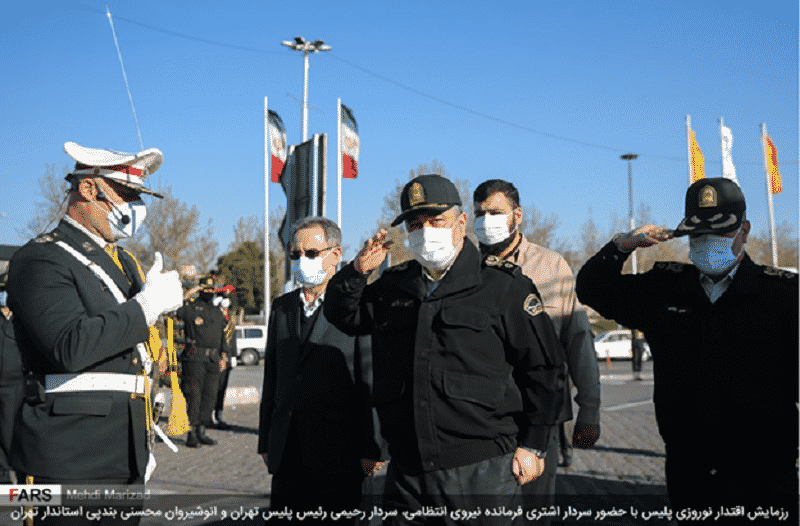 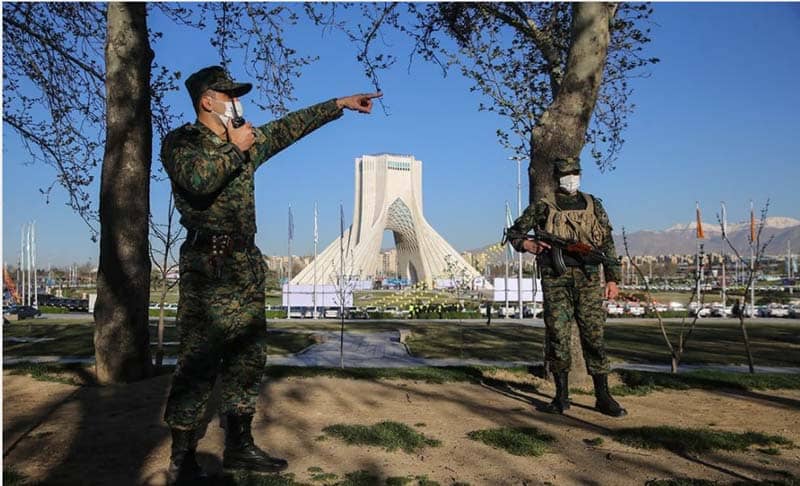 The regime’s police force held a maneuver on the Eve of the Persian New Year of 1400 in Tehran. 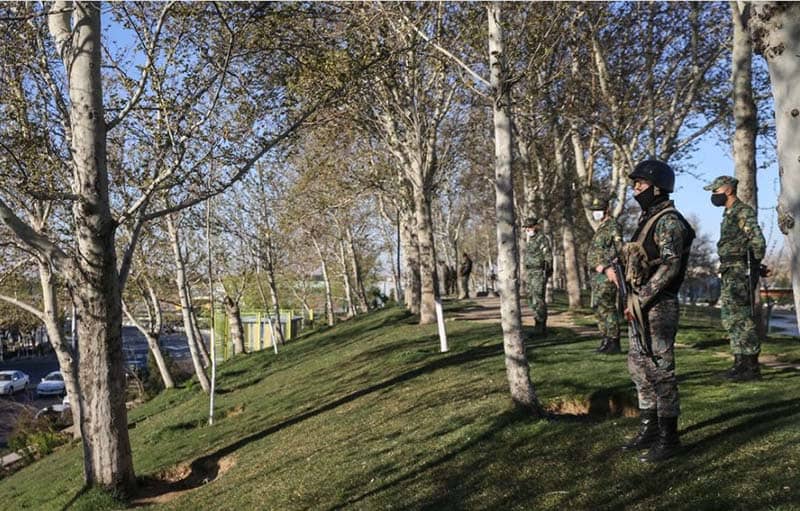 The regime’s police force held a maneuver on the Eve of the Persian New Year of 1400 in Tehran
“Your excellency should know that we will fight corruption. We will mobilize Basij groups and defeat the enemy, and prevent them from implementing their policies. We will free the social media from idleness; we will stay in the field, we will cross the enemy strategy and help the [regime] to [circumvent] sanctions,” read Salami’s message.

Salami and Khamenei speak of combatting corruption, while the IRGC and Khamenei dominate Iran’s economy and control the large, organized network of corruption in Iran. According to Behzad Nabavi, a government minister in several administrations in Iran: “There are four institutions which control 60 percent of the national wealth. This includes Executive Headquarters of Imam’s Directive (Setad Ejraie Farman Imam), Khatam-al–Anbia Base, Astan-e Quds, and Foundation of the Oppressed and Disabled. None of these institutions are in connection with the government and parliament.” All these four institutions are under Khamenei’s supervision. This is in addition to 10 other powerhouses under the IRGC and Khamenei control, which dominate Iran’s economy.

The real purpose of creating these bases and Khamenei’s orders is to control the society and further increase oppression.

In His speech on the occasion of Nowruz, Khamenei admitted his regime is in a deadlock, underlined the regime is in a sensitive situation and called for “management” of the social media.

“Some try to create a negative impression… and show that we are headed for a dead-end… The year 1400 is sensitive and important,” Khamenei said in his annual Nowruz speech on Saturday, adding, “In June, we have important elections ahead that can significantly impact the future of the system. Enemies make the most of cyberspace. Unfortunately, in our country’s cyberspace, the necessary observations are not made, despite all the emphasis I have had. All the countries of the world are managing their cyberspace. But we are proud to have abandoned cyberspace. This is not an honor. This is not an honor at all; Cyberspace must be managed”

Abbas Abdi, one of the regime’s officials from the rival factions, underlined the regime’s failed oppressive measures during the Persian Fire Festival, “Chaharshanbe Suri,” and warned officials about people’s backlash.

“The clear lesson from Chaharshanbe Suri: The [regime] is like a wood saw. If we want to saw iron with this wood saw, not only will it be unable to saw the iron, but all the ribs of this wood saw will be damaged. As is the case with the existing power,” Abdi wrote on Twitter on March 17.