Iran regime’s corruption and wrong economic policies, have increased inflation and liquidity rate. Thus there is more pressure on people.
The regime’s economic mismanagement and institutionalized corruption have devastated Iran’s economy, pushing more Iranians into the swamp of poverty and misery.

According to a new Parliamentary Research Center report, over the past ten years, negative economic growth and positive inflation have led to a fall in the value of the national currency and a sharp decline in the people’s purchasing power.

These factors indicate what the state-run Mardom Salari daily on Saturday described as “disappointing and a sign of people’s critical economic and living conditions.”

“The food price index in the first eight months of 2019 grew by about 22.5 percent. Meanwhile, in the same period in 2020, the food price index has grown by 47%. The increase in the food index and the price permit in 2020 has caused the poverty line and society’s poverty rate to increase. The data also shows that the amount of calories consumed by each Iranian has been steadily declining since 2011,” wrote Mardom Salari, based on the Parliamentary Research Center’s report.

Yet, the regime’s officials’ statistics are far from reality. The semi-official ISNA news agency reported on January 6 that in North Khorasan province, “only 4 percent of locals do not receive state cash handout,” which is not more than 45,000 tomans or $1.82 of free-market value. People are only able to purchase some pieces of bread with this cash handout. 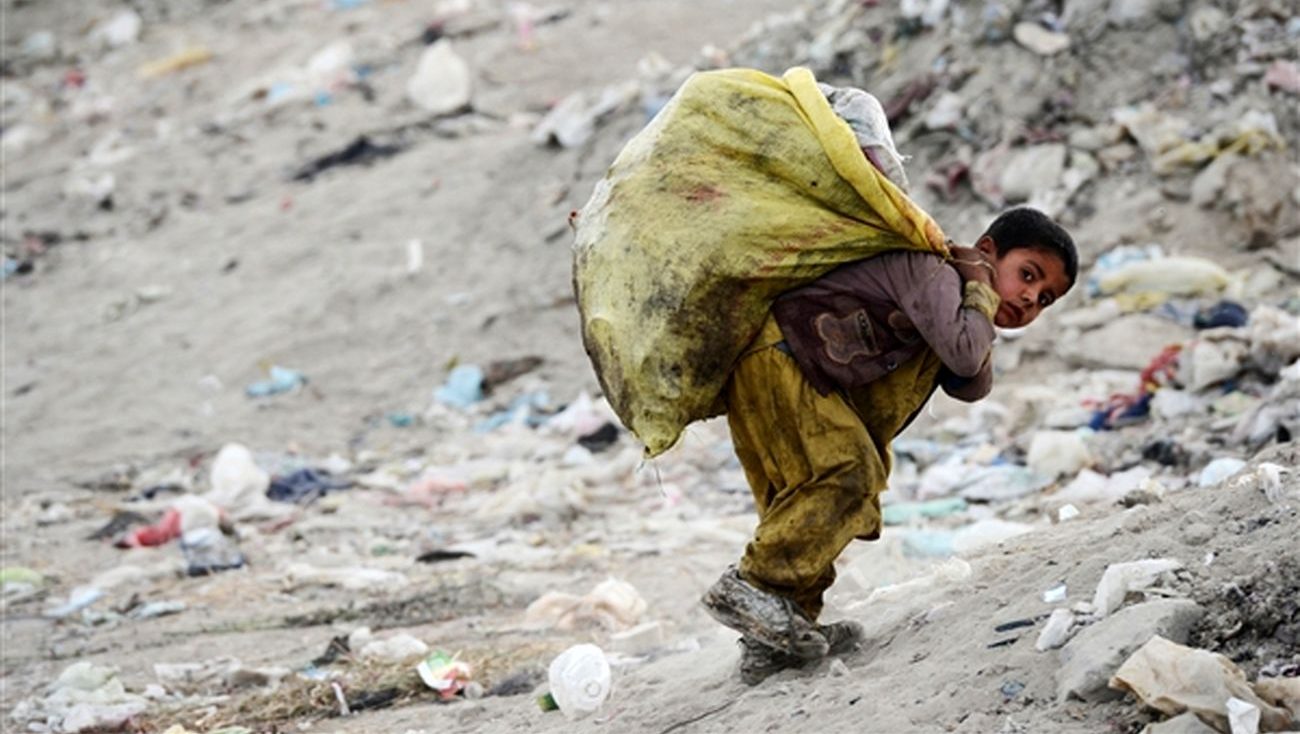 As Iran’s people continue to grapple with poverty, state-run media identify mullahs’ corruption and plundering as real reason for this crisis
Due to the extreme poverty many children in Iran are forced to work
The regime’s president Hassan Rouhani acknowledged on January 6 that his government has “Allocated monthly livelihood support package to 60 million Iranians.” According to the regime’s laws, only poor people with low incomes are eligible for receiving this so-called support package. In other words, Rouhani has confirmed nearly 60 million Iranians are living in poverty.

Meanwhile, Iran is rich in terms of natural resources and has the one of the world’s greatest gas resources. Iran is a country with 68 types of non-petroleum minerals, 37 billion tons of discovered reserves, and 57 billion tons of potential reserves among the world’s 15 mineral powders, but 75% of its population are dependent on the support of what is fewer than two dollars a month.

Yet, the state-run media have been reporting that Iran’s poverty index and the inflation rate has been rising since 2011.

“In 2018, before the impact of the pandemic affected the world economy, the inflation rate of 41.2% along with the unemployment rate of 10.7% in Iran increased the misery index to about 52%. In the first half of 2020, the average inflation of 28% in six months, and the unemployment rate as an average of 9.25% have resulted in a misery index of 37.25%,” wrote the state-run Sharq daily in September 2020.

While the regime and mullahs’ apologists try to blame international sanctions for Iran’s economic crisis, some state-run media have identified the regime’s “swam of mismanagement” as the real reason for Iran’s failing economy.

“The authorities have not responded to this question of what will be the fate of our economy. Iran’s economy is far from world standards, and the removal of information and statistical data by the Central Bank has made it impossible to predict the economy and easily pass the economic transition period,” wrote the state-run Jahan-e Sanat on January 9.

“The current structure of Iran’s economy not only bears no resemblance to neoliberalism and capitalism, but is more akin to investment, in which public resources are allocated through rental embezzlement, and the winners of this type of resource allocation are the rich,” wrote the state-run Donya-e Eghtesad on Saturday.

The regime describes Iran’s economic crisis and people’s ongoing dissatisfaction with the regime as an “economic war,” in order to blame the outside world’s situation.

But, since Iranians consider the regime as the only source of all crises in the country, the so-called economic war’s outcome is more protests by all walks of life and another uprising.

“Declining production may be accompanied by a reduction in the labor force of producers. This fact, along with rising inflation and people’s declining purchasing power, can certainly result in protests. One of the main goals of economic wars is to reach this point, which is to form widespread and revolts against the [regime] and increase people’s mistrust,” wrote the state-run Jahan-e Sanat on Wednesday.

“The government and parliament’s economic policies and programs are aimed at spreading embezzlements and ignoring social justice, and ultimately will lead to widespread poverty,” wrote Kar-o-Kargar daily on Wednesday.

In other words, Iran’s economic crises are due to the regime’s mismanagement and systematic plundering of the national wealth. On January 10, the Revolutionary Guards (IRGC) unveiled another missile base, showing the regime has economic resources, but instead of helping people, wastes it on its illicit activities.

Iran’s economic crisis and all other crises will not be resolved as long as the regime stays in power. The mullahs’ only concern is to preserve their regime. For them, the lives, health, and well-being of the people are worthless. As long as this regime is in power, there will be no attempt to buy vaccines, no clean air, and no solutions to contain the damage caused by floods and earthquakes.