On Tuesday, the National Council of Resistance of Iran (NCRI) held a press conference to elaborate upon the latest disclosures from the International Atomic Energy Agency regarding undeclared prior nuclear activities in Iran.

On February 23, the IAEA issued its first report on presence of uranium particles at two sites that had not been previously identified as locations for nuclear enrichment or related activities. At the same time, the agency called attention to the persistent absence of a satisfying explanation for the earlier discovery of similar particles at a third undeclared site. On Monday, the agency’s Executive Director Rafael Grossi spoke before a meeting of the 35-member Board of Governors and expressed “deep concern” over the findings in the latest report, the publication of which closely coincided with Iran’s decision to withdraw from the Additional Protocol to the Nuclear Non-Proliferation Treaty.

The Additional Protocol stipulated that IAEA inspectors would have access to suspect sites on short notice in the country where it was implemented. By reversing that implementation, the Iranian regime has potentially hampered monitoring efforts that critics of the 2015 Iran nuclear deal believed were already inadequate.

The host of Tuesday’s press conference, NCRI Foreign Affairs Committee member Ali Safavi, pointed to remarks that the NCRI’s President-elect Maryam Rajavi had delivered in July 2015, when those negotiations were drawing to a close. “Total implementation of the UN Security Council resolutions, in particular total halt of enrichment, accepting the Additional Protocol, and free and unhindered access of the IAEA inspectors to all suspected centers and facilities, are necessary in order for the regime to give up its drive to acquire nuclear weapons,” Mrs. Rajavi said while criticizing the emerging agreement for falling far short of this.

A key complaint about the content of the JCPOA was the inherent limits it placed on access for international inspectors. The IAEA’s privilege of snap inspections applied only to previously disclosed sites, thus excluding the three that the agency identified in its latest report as having been active years ago. Asked whether the NCRI’s information pointed to those sites being associated with currently-ongoing nuclear activity, Safavi emphasized that Iran’s longstanding efforts to conceal those sites are evidence that the regime has something significant to hide and should not have been trusted when negotiating the limits of access.

Online Conference: New Information About Iran Regime’s Abadeh Nuclear Site – March 2021
To its credit, the JCPOA included procedures for the IAEA to request access to sites that came under suspicion after the deal’s signing. But in practice, this allowed Iranian authorities to delay and obstruct that access for weeks, months, or as Safavi said of one of the newly-identified sites, for more than a year after the authorities realized that it had been exposed. Safavi explained that intelligence about the site in the city of Abadeh in Fars Province had first leaked in July 2019, but was not made available to inspectors until August 2020. In the meantime, the Islamic Revolutionary Guard Corps (IRGC) reportedly razed the buildings at that site and initiated efforts to sanitize it.

Safavi also noted that this sanitization was noticeably similar to that which had been undertaken in 2004 and again in 2012 at two other sites that apparently had roles to play in the Iranian nuclear weapons program. In the first place, the regime received a request from the IAEA for inspection of the Shian-Lavizan site, but granted that request only after destroying onsite buildings and turning over the soil to depths as great as four meters, in an effort to conceal traces of nuclear material. In the second place, authorities began a thorough cleanup in 2012 for the Parchin military complex where they had installed an explosives testing chamber, then continued to hold international inspectors at bay until 2015. 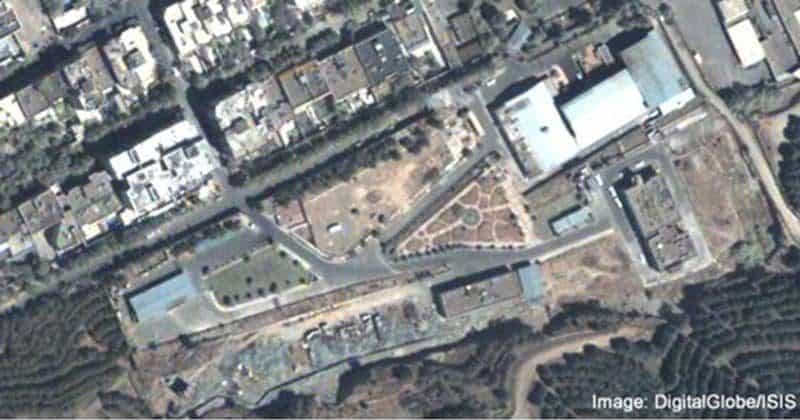 Lavizan-Shian Site, Iran – August 11, 2003
In both cases, however, the presence of excess nuclear particles was nonetheless discerned by the IAEA. And now the process has repeated once again with respect to the Abadeh site. Safavi emphasized the repetitive nature of that process in Tuesday’s press conference and argued that it is part of a pattern of “duplicity, denial, deception, and cover-up” that has been ongoing for over 30 years and has proven to be “part of the regime’s DNA.”

Safavi was joined by two guests who expressed similar takeaways from the IAEA’s latest revelations and the underlying issues. Speaking from the United Kingdom, former Member of the European Parliament Struan Stevenson condemned the European Union for being “ludicrously committed” to the existing nuclear deal in spite of a long history of behaviors that show Iran to be an untrustworthy partner in any such agreement.

“I sincerely hope that the Biden administration will not follow [EU foreign policy chief] Josep Borrell’s example of barefaced appeasement,” Stevenson said after observing that such appeasement seemed to be “the order of the day” among high-ranking European officials. “There can never been a return to business as usual with a regime that has abandoned all the norms of civilized behavior,” he later added while urging the maintenance and expansion of US-led sanctions, pending a serious Iranian commitment to changing that behavior. 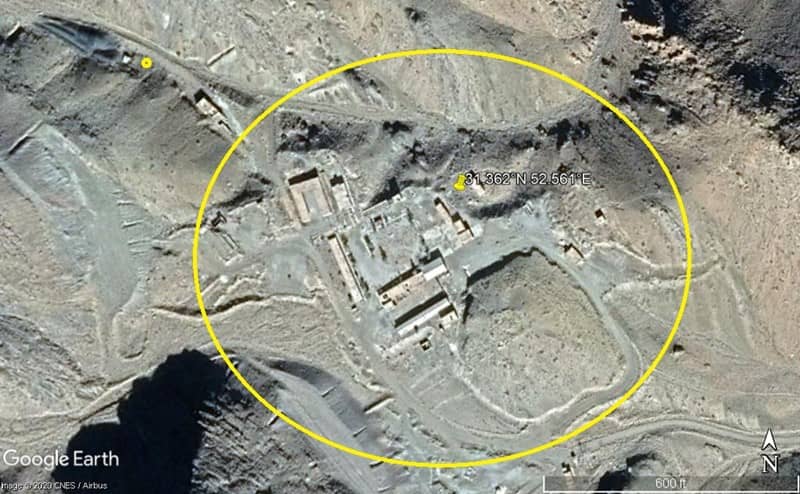 Abadeh Site before being sanitized
In his remarks at Tuesday’s conference, Robert Joseph a former US official in both the National Security Council and the State Department, talked about Iranian regime’s strategy of blackmail and said, “If you allow yourself to be blackmailed, you will only have more blackmail in the future and another fatally flawed agreement.” For that reason, the former Undersecretary of State for Arms Control and International Security argued, the international community cannot risk doing business with the Iranian regime under present circumstances, especially in light of the latest revelations about undeclared nuclear sites.

According to Joseph, the “first and most obvious” conclusion to be drawn from those revelations is that the Iranian regime “simply cannot be trusted.” He noted that the JCPOA required Iran to come clean about the military dimensions of its prior nuclear work, and that the regime’s continued efforts to conceal sites like Abadeh are thus part of a pattern of violations and deceptions that began long before the US pulled out of the agreement.

Tuesday’s press conference highlighted the fact that Iranian authorities have begun to personally acknowledge that pattern since the regime began violating the JCPOA openly and systematically. It pointed, for instance, to comments made by Ali Akbar Salehi, the head of the Atomic Energy Agency of Iran, in January 2019 regarding the ways in which the regime convinced the IAEA that it had deactivated the core of the Arak heavy water facility without actually doing so. This left open a plutonium pathway to a nuclear weapon. Salehi later added that the more familiar uranium pathway was kept open through “countermeasures” that allowed Iran to quickly resume enrichment activities in spite of prior technical compliance with JCPOA restrictions.

In answer to journalists’ questions at the press conference, Ali Safavi emphasized that there is a strong possibility of still further violations and deceptions which have not yet seen the light of day. Meanwhile, Stevenson called attention to various other issues that could be affected by this pattern of Iranian behavior, including threats of Iran-backed international terrorism and the regime’s repression of domestic dissent in the wake of recent, widespread unrest.