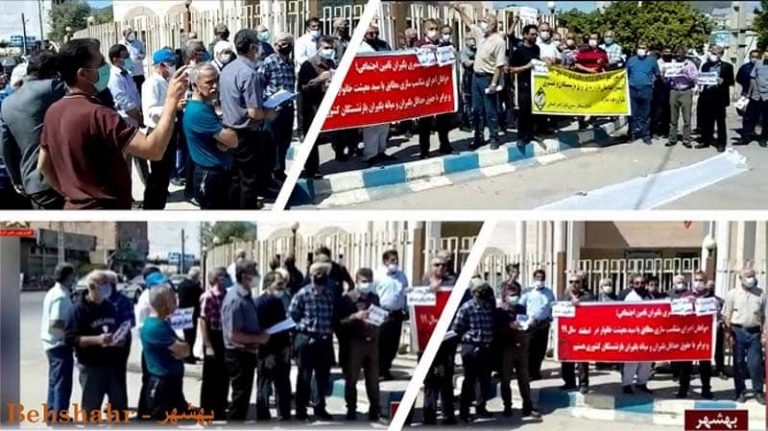 NCRI logo“We will not vote anymore, we have heard enough lies”, “Parliament, government enough lying to the nation “
On Sunday, April 18, 2021, for the thirteenth week running in the past three months, retirees and pensioners protested against the dire living conditions, high prices, and low wages in Tehran and 16 other cities and called for a boycott of the regime’s sham elections. The rallies and marches took place while the regime’s repressive forces sent threatening text messages to retirees warning them against participating in the rallies.

Retirees and pensioners in Tehran and other cities gathered in front of the Social Security Organization and its local offices. In Tehran, protesters marched from the Social Security Organization to the Shademan subway, chanting, “We will no longer vote because we have not seen any justice,” “Parliament, government enough lying to the nation,” “Government betrays, parliament supports,” “We will not vote anymore, we have heard enough lies,” “We will not rest until we obtain our rights,” “Only by taking to the street we can obtain our rights,” “Unity is the key to our victory,” “Our table is empty, enough of oppression,” “Teachers, workers, let’s unite,” “Arrested retirees must be released,” “Enough of empty promises, our tables are empty,” and “We share the same problems, join us.”

Secretariat of the National Council of Resistance of Iran (NCRI)
April 18, 2021 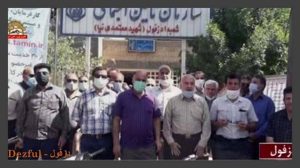 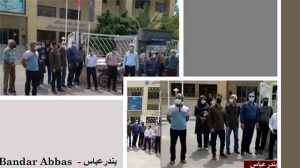 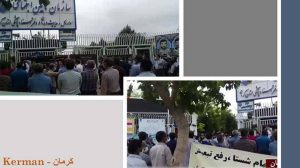 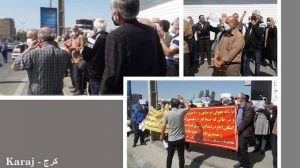