Iran, IRGC, Iran Protests, Media, express, MEK, NCRIA glance at the regime’s state media reports on Tuesday and Wednesday confirms how the mullahs are grappling with fear of another uprising, amid their international isolation and social crises.

These media outlets have common issues such as expressing concern about the prospects for regional developments against the regime, the rapid rise in prices and the devaluation of the national currency, and the infightings over more share of power, especially in light of the mullahs’ sham parliamentary election.

The state-run Etemad daily confirmed the regime’s role in the tragic suicide of the father of Amir Hossein Moradi, a detained protester sentenced to execution, due to the phycological pressures he endured from his son’s arrest and death sentence.

The state-run Etemad daily – September 30, 2020
“Now that this bitter incident has happened, prolonging it by holding the detainees, issuing and implementing heavy sentences is like playing with the society’s conscience. Indeed, this is not in favor of the country and system,” read the Etemad article. While acknowledging the failure of the regime’s oppression, under the name of “unique display of authority,” Etemad wrote: “The non-recurrence of such violence and tragic events is far more beneficial to all than the continuation of a one-sided and one-way display of authority. Other than that, wounds and hatreds will remain, and the shadow of fear of another violence will last.”

In a similar article, the state-run Mardom Salari daily warned the regime of a looming uprising. “Deep social, economic, political and cultural crises seem to have put peace and security in fragile and vulnerable conditions. Because crises usually occur in a specific cycle and time intervals, but when the crisis cycle becomes a trend, it is terrifying,” read the article. 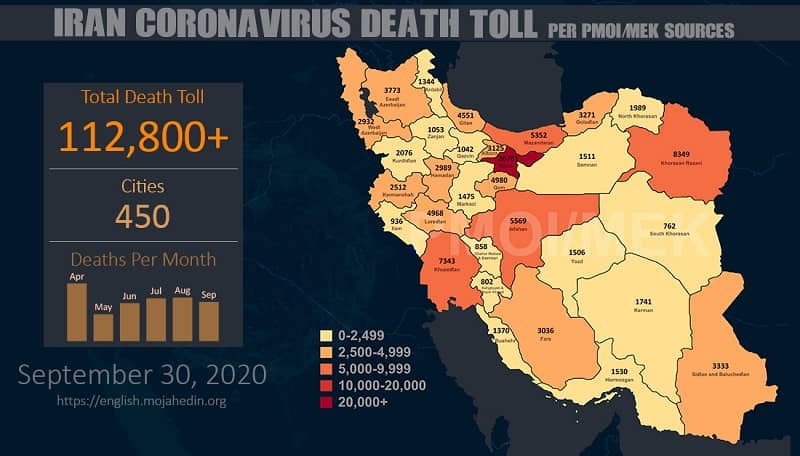 The state-run Mardom Salari daily – September 30, 2020
The state-run Javan, a daily affiliated with the Revolutionary Guards (IRGC), also warned the rival faction of people’s growing hatred and possible uprising. It further advised media outlets to continue to cover up people’s problems to avoid another round of major protests. “Trying to express the suffering of the people … will have no effect other than darkening the face of the country and giving hope to the enemies to increase the pressures and sanctions.” 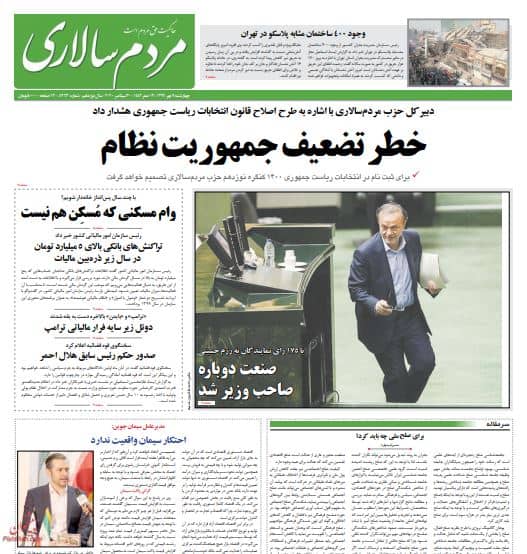 The state-run Javan – September 29, 2020
The state-run Mostaghel daily acknowledged that the regime’s policy of systematic inaction in controlling the COVID-19 crisis and using its mass casualties to prevent an uprising had failed. The People’s Mojahedin Organization of Iran (PMOI/MEK) announced on Wednesday, that over 112,800 people have lost their lives due to the coronavirus outbreak. 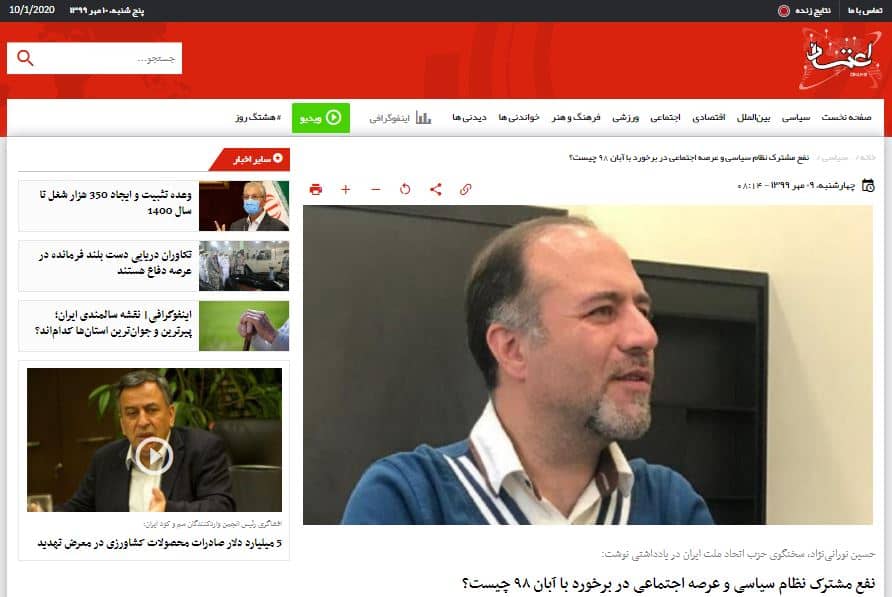 MEK, Iran, coronavirus, covid-19“When the coronavirus death toll is equal to 20 percent of all deaths in Iran, and while [COVID-19] is a preventable disease, and this statistic continues for days and weeks, it means that we are trapped,” Mostaghel wrote. “Getting out of this trap is by accepting coexistence with the virus and managing high-risk behaviors and giving priority to the resilience of the health system, otherwise, as the Minister of Health said, the crisis may stay on the ground this time suffocating victims in its trap.” 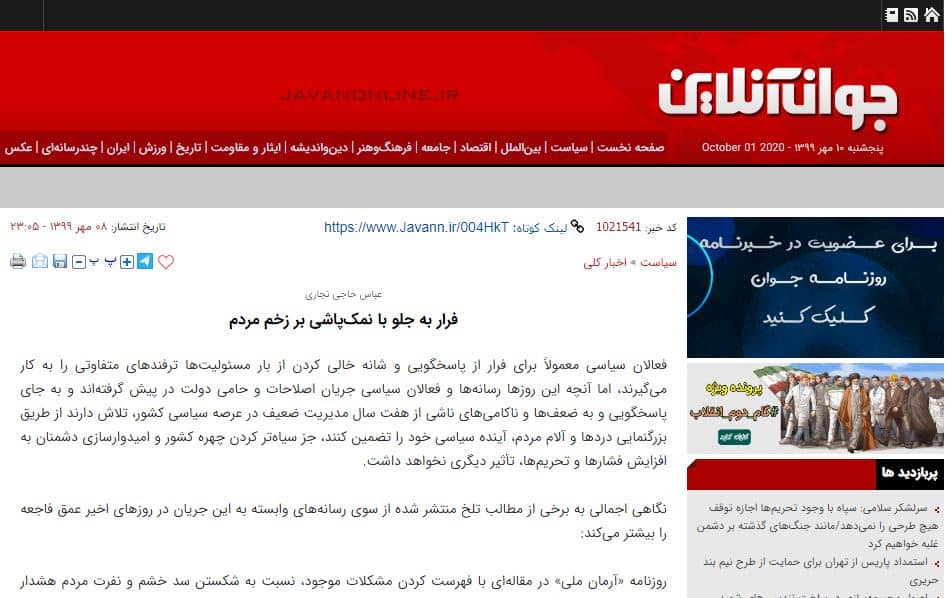