IRGC Threatens Iranian Filmmakers and Actors Who Sided with Protesters 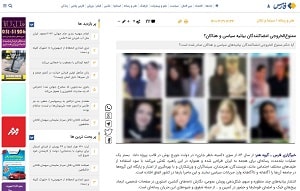 The IRGC-run Fars news agency threatened Iranian filmmakers and actors to bar them from leaving the country for signing a petition that called on the regime’s armed forces to lay down weapons and abstain from shooting protestors.

In a lengthy article that was published today, Fars wrote: “In recent weeks, under the pretext of expressing sympathy with the people of Abadan, particular groups have used the names of filmmakers and wrote a vague and multifaceted statement. Several filmmakers who signed the statement only wanted to support a part of this statement to express sympathy for the bereaved people of the Metropol. Apparently, according to many of these filmmakers, they withdrew their signatures after the release of the statement. They said they had no knowledge of the statement’s strong political stance against national security and the military.”

“Political games have their own complexities, and the involvement of artists and cinematographers who are not very familiar with this labyrinth and its complex layers and the origins of such seditious movements is a grave mistake,” Fars added.

Fars eventually threatened: “In recent days, news has been circulating on social media that those who stubbornly stand by the signing of this political statement… were banned from leaving the country. The authenticity of this news has not yet been confirmed or denied by the state, but I wish this group of artists and cinematographers would realize that they can express their social responsibilities and sympathies independently of political games so they would not be abused by anti-regime political think tanks.” 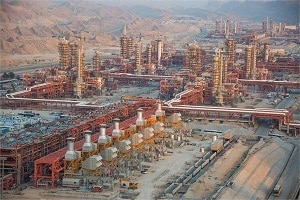 The head of the inspection office of the Assaluyeh Gas Plant South Pars said: “Last night, an unknown person or persons entered the inspection building of the Pars Special Energy Zone and set fire to the management office.

According to the state-run Hamshahri Online, Mokhtar Javanzadeh stated: “According to preliminary investigations and available evidence, the person or persons tore down the fence of the inspection office area and caused the fire by breaking the glass from the outside and throwing incendiary materials.”

“The damage in this incident was minor and the documents of the inspection office were not damaged. However, the dimensions of the incident are being investigated by security and law enforcement authorities,” Javanzadeh claimed.

Germany Expels Tehran’s Man in Hamburg Because of Terror Charges 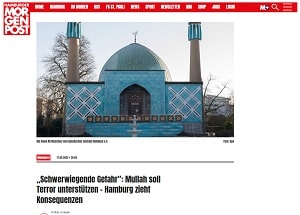 A court in the German city of Hamburg expelled an Iranian state official on grounds of terrorist activities.

According to the regime’s IRIB news agency on June 18, the Hamburg city court in Germany gave Soleiman Mousavifar, the deputy head of the Islamic Center in the city, three months to leave the country on charges of supporting terrorism and having ties to the Lebanese Hezbollah Party.

According to the newspaper, he will face heavy fines if he does not leave Germany soon and could face up to three years in prison for breaking the law.

For years, the Federal Office for the Protection of the Constitution, Germany’s main intelligence agency, has said Tehran is using the Imam Ali Mosque in Hamburg as a propaganda center to export the regime’s reactionary ideology to Europe.

17 Days Past Disruption, Tehran Municipal IT Systems Still Not Operational 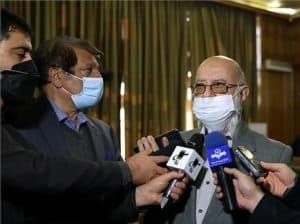 Despite the Iranian regime officials vowing that the Tehran Municipal IT System, as well as the ‘My Tehran’ application, would be launched on June 11, today, Mehdi Chamran, the head of the Tehran City Council, admitted to state media that Tehran’s systems have not been operational yet.

On June 1, MEK Resistance Units disrupted dozens of websites run by Tehran’s municipality and took control of more than 5,000 of the capital’s surveillance cameras.

Chamran told state-affiliated reporters: “The passwords are changing and because the infiltration was done through ‘My Tehran system’, our people are trying to block the way of infiltration in this system and other systems.”

Chamran emphasized: “All security issues require planning. Therefore, not all systems are now completely operational, and even e-service offices sometimes still have problems. It will definitely take some time before we can update all the details.”

The City Council Head also rejected rumors that Alireza Zakani, Tehran’s mayor has resigned or been removed from office. 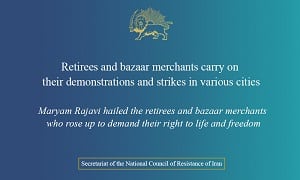 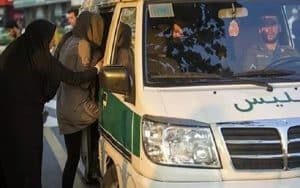 This is a phrase that has been constantly repeated by the Iranian regime’s media, to varying intensity. It appears that apart from this repetition to ensure the women of Iran are adhering to their rules, the regime has no other priorities to address. It seems that this subject greatly threatens the regime, so much so that Ahmad Alamolhoda, the regime’s supreme leader’s representative in Mashhad, previously said, “The leadership ordered fire at will, therefore if a woman in the street removes her headscarf, she must face the protests of the people and see that she has no place among the people. In this case, be sure that will wear two scarves, and this is the method of enjoining the good and forbidding the evil.”