This morning, several earthquakes with a magnitude of 6.1 and 6.3 on the Richter scale shook Bandar Khamir and Bandar Langeh in Hormozgan province. Initial reports indicate that five people have died and 44 were injured in Sayeh Khosh village of Bandar Langeh.

The governor of Hormozgan said: “The severe earthquakes of 6.1 and 6.3 Magnitude along with dozens of aftershocks have left 5 dead and 19 injured in the villages of Bandar Khamir.”

Most of the houses in Konkh village have been destroyed, while a landslide has hit Sayeh Khosh village from Bandar Langeh and people are trapped. Local sources say that there has been no aid from the government yet. 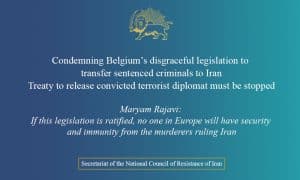 A call on Belgian MPs, MEPs and MPs in other European countries, and lawyers and political dignitaries, to take urgent action to prevent treaty adoption.

The legislation of the treaty for the “Transfer of Sentenced Persons” between the clerical regime and the Belgian government was presented to the Belgian parliament for an urgent review and the urgency was immediately approved. This is a shameful deal to release the terrorist diplomat, Assadollah Assadi, which takes place on the fourth anniversary of the plan to mass murder the Iranian Resistance in Villepinte, Paris. 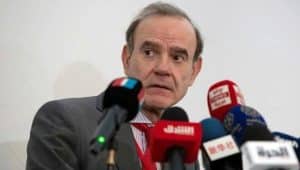 Negotiations over Iran’s nuclear program are getting even more complicated. And it seems that no amount of concessions is going to revive the talks.

Indirect talks between US and Iranian officials brokered by the European Union in Doha, Qatar, ended without any progress on Wednesday, joining the lengthy and fruitless talks held in Vienna in previous months.

A US official who spoke to CNN said that the talks were left in a stagnant spot, “which at this point means backward.” Female prisoners in Iran are subjected to miserable conditions. Behind the walls of the mullahs’ black prisons, women experience the bitterness of being subjected to insults, humiliation, suffering, and pain. The most fundamental human rights of every prisoner are violated daily. Every day, prisoners are at risk of illness and death.

Lakan Prison in Rasht, and the Women’s Rehabilitation Center in Kermanshah, are among the prisons whose conditions are horrific for female prisoners.

Regime Increased Executions in Iran by Alarming Rate in June The death penalty violates Articles 3 and 5 of the Universal Declaration of Human Rights, which emphasizes the right to life of every human being.

It also violates the International Covenant on Civil and Political Rights.

Many countries have now abolished the death penalty, and many more have taken steps to do so, but the clerical regime in Iran continues to use the death penalty to intimidate and suppress dissent, And many regime officials defend it.

Women’s Covering Under Intangible Surveillance in Banks and Insurance Offices 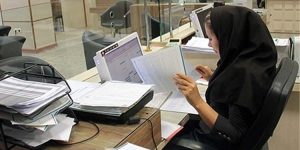 As summer arrives, as every year in Iran, the pressure on women to observe the hijab has intensified. Jafar Sadegh Manesh, the head of the 21st of Tir base of the headquarters for enjoining the good and forbidding the evil, said the following:

“Hundreds of organized gangs are promoting unveiling and corruption in the country. Any neglect or undermining of the programs to correct this trend is playing on the ground of the invaders to the privacy of public morality.” June 2022, was marked by a staggering number of executions and human rights violations in Iran in step with the growing discontent and the spread of popular protests.

The Iranian regime also ramped up clampdown to stifle the society which has already been angry over economic hardships. 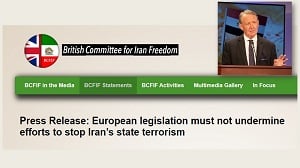 July 1, 2022: British Committee for Iran Freedom (BCFIF) issued a statement regarding the shameful deal between the Belgian government and the Iranian regime.

The Belgian Parliament is soon to vote on a government bill regarding the transfer of prisoners between Belgium and Iran. If adopted, the bill will allow Iranian citizens convicted of crimes in Belgium to serve their sentences in Iran.

Brussels, July 1, 2022: Freedom-loving Iranians, MEK Supporters Demonstrated Against the Shameful Deal Between the Mullahs’ Regime and the Belgian Government

Freedom-loving Iranians, supporters of the People’s Mojahedin Organization of Iran (PMOI/MEK) in Belgium, took place a rally and protested the announcement of the protocol agreement with Iran’s regime about sending back the terrorists to the mullahs’ regime.