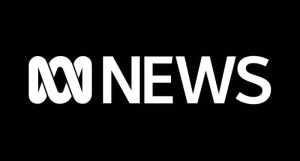 But the federal government won’t disclose information about whether it is considering listing the Iranian Islamic Revolutionary Guard Corps (IRGC) – the military arm of Iran’s government — as a terrorist organisation, or how much worth of assets and/or investments that people connected to the regime hold in Australia.

A federal parliamentary inquiry investigating recent human rights violations in Iran, which is due to hand down its report next week, heard evidence of reports of surveillance and abuse by the regime against Australian-Iranians who speak out against the Islamic Republic.

EU Imposes New Sanctions on Iran Over Protest Crackdown
Brussels (AFP) – The EU on Monday placed 37 more Iranian officials and entities on an asset-freeze and visa-ban blacklist over Tehran’s bloody crackdown on protesters.

The bloc targeted the minister of sports and the command of the Revolutionary Guards in 12 regions of Iran in its fourth round of sanctions over the repression of demonstrators, the EU’s official journal said.

Hard-line lawmakers, senior state media officials and the head of the body setting the country’s strict “morality” rules were also added to the list.

today.lorientlejour logo
Speaking about Iran’s recent atomic activities, including enriching uranium well past JCPOA-mandated limits towards a level needed for nuclear weapons, Grossi said: “That trajectory is certainly not a good one.”

As well as failing to explain to the IAEA radioactive traces found in locations that were not declared as nuclear sites, Iran’s growing stock of enriched uranium is of concern, he said.

“They have amassed enough nuclear material for several nuclear weapons — not one at this point,” he said, listing 70 kilograms of uranium enriched to 60 percent purity and 1,000 kilograms at 20 percent.

AsharqAl-Awsat_23102020
Somali President Hassan Sheikh Mahmoud accused Iran of interfering in his country, at a time when the US military announced that it had killed two members of the extremist Al-Shabaab movement, in an airstrike on a remote area near Haratiri, 396 km northeast of Mogadishu.

Somali media quoted Sheikh Mahmoud as telling the Somali Scholars Conference on Tuesday that the country’s intelligence service monitored Iranian moves to spread Shiite ideologies during his first presidential term that ended in 2017.

The Somali president added that Iran was implementing a “subversive agenda” through relief efforts, pointing to the involvement of Iranian diplomats and officials of humanitarian organizations in the case. 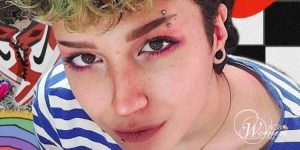 Detained protester Armita Abbasi min 1
Mohammad Esmailbeigi announced in a tweet: “Given our request for a face-to-face meeting which has not been responded to until this moment, and the shortage of time that makes it impossible to adequately defend our client, Ms. Sonia Mohammadi and I declare our resignation from the defense of Ms. Armita Abbasi.”

106 days have passed since the arrest of Armita Abbasi. Her trial is scheduled for January 29, 2023. Previously, her trial was supposed to be held on the 26th, but this date has been postponed for three days.