On Tuesday, June 8, a group of former Iranian political prisoners, members, and supporters of MEK, attended a conference held by the foreign affairs committee of the National Council of Resistance of Iran (NCRI), shedding light on the criminal record of the candidates of Iran’s sham presidential election, particularly Ebrahim Raisi. Mr. Hossain Abedini, the NCRI’s Representative Office deputy director in the United Kingdom, moderated this event.

These former political prisoners had personally witnessed or were the victims of the 1988 massacre of political prisoners in Iran. The primary candidate for the regime’s sham Presidential election is Ebrahim Raisi, Iran’s current Judiciary Chief, a member of the death commission. Raisi played a crucial role in the massacre of over 30,000 political prisoners, mostly members and supporters of the People’s Mojahedin Organization of Iran (PMOI/MEK).

In his opening remarks, Mr. Abedini referred to the intention of the regime’s Supreme Leader, Ali Khamenei, to consolidate his power by pulling Raisi out of the ballot box. 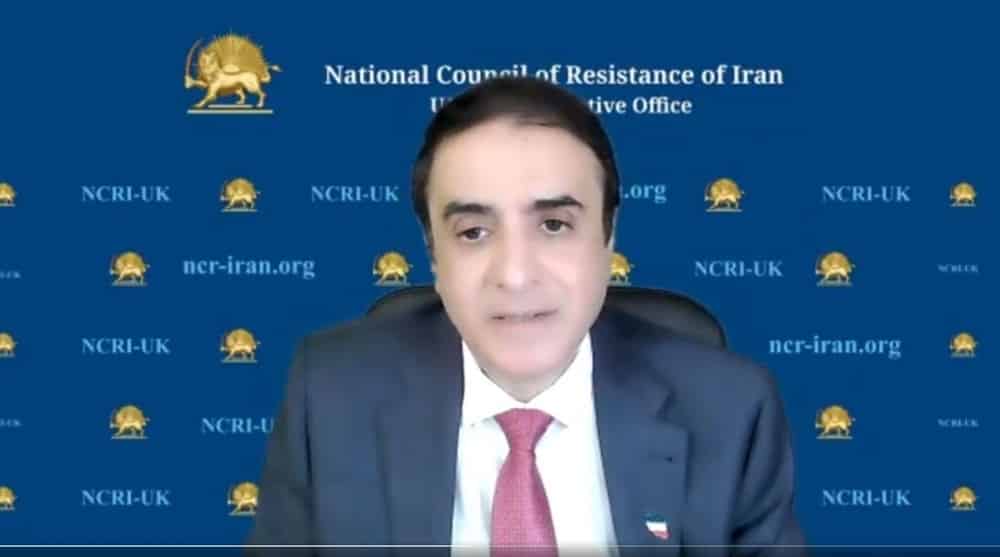 “Iran is on the brink of a seminal transformation in this year’s presidential “election.” The regime’s Supreme Leader, Ali Khamenei, took a major step to push through his preferred candidate for the presidency, Ebrahim Raisi, current head of the judiciary, Mr. Abedini said.

“The Iranian people know Raisi as the “Henchman of the 1988 massacre.” He was a key perpetrator of the murder of over 30,000 political prisoners, the overwhelming majority of them activists of the People’s Mojahedin Organization of Iran or the MEK in 1988. Moreover, he has no academic or religious credentials even within the murderous theocracy. In short, Raisi earned his credentials in the regime as a stone-hearted killer who rose the ranks of ignorant thugs, with a proven 40-year track record for execution and repression,” Mr. Abedini said.

“In the summer and autumn of 1988, he was a member of the Death Commission in Evin and Gohardasht prisons. In the death commission, Raisi played the prosecutor’s role. He served as Khomeini’s fixer and received special missions to carry out purges in other provinces, including Lorestan, Kermanshah, and Semnan. Khomeini had given Raisi full authority, and they were not obliged to obey any administrative or governmental restrictions or orders,” Mr. Abedini added.

The first shocking testimony was by MEK member Ms. Faribah Goudarzi, who was arrested in 1982 in Hamadan while she was nine months pregnant. Raisi was then Hamedan’s prosecutor. 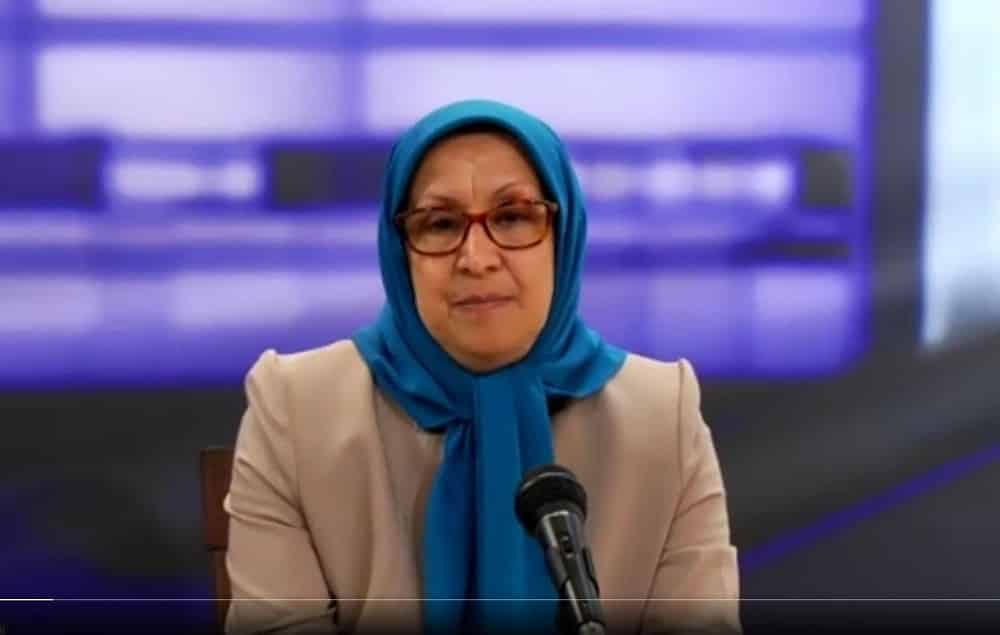 “From the very first hour of my arrest, despite not feeling well, I was taken to a torture chamber like all other prisoners. It was a room with a bed in the middle and several cables of various diameters on the floor. There was blood on the floor, indicating that some prisoner had been tortured there. When I was flogged by cable, there were 7-8 people in the room. One of them was this criminal, Ebrahim Raisi,” Ms. Goudarzi said.

“I did not know who Raisi was for a while, and I thought he was one of the brutal interrogators. After a while, I found out that this person was the prosecutor of the Hamedan court. From 1982 to 1985, as the prosecutor of the Hamedan court, he was directly involved in the imprisonment, torture, and execution of many political prisoners, especially supporters of the MEK. He executed many prisoners and was present at the scene to implement the verdicts,” Ms. Goudarzi added.

According to Ms. Goudarzi, some of these prisoners include: “Behjat Sadoughian, Fakhri Gholami, Mahnaz Sahrakar, a 16-17-year-old girl who was raped before the execution by the Revolutionary Guards, Mina Abdoli, Ali Ataei, Ahad Raisi, Behzad Afsahi, Hashem Salehi, Kamran Rafiei.”

Hossain Farsi, a MEK member who has served 12 years in prison in the 1980s, shared some horrific details about Raisi’s role in human rights violations after the 1988 massacre. 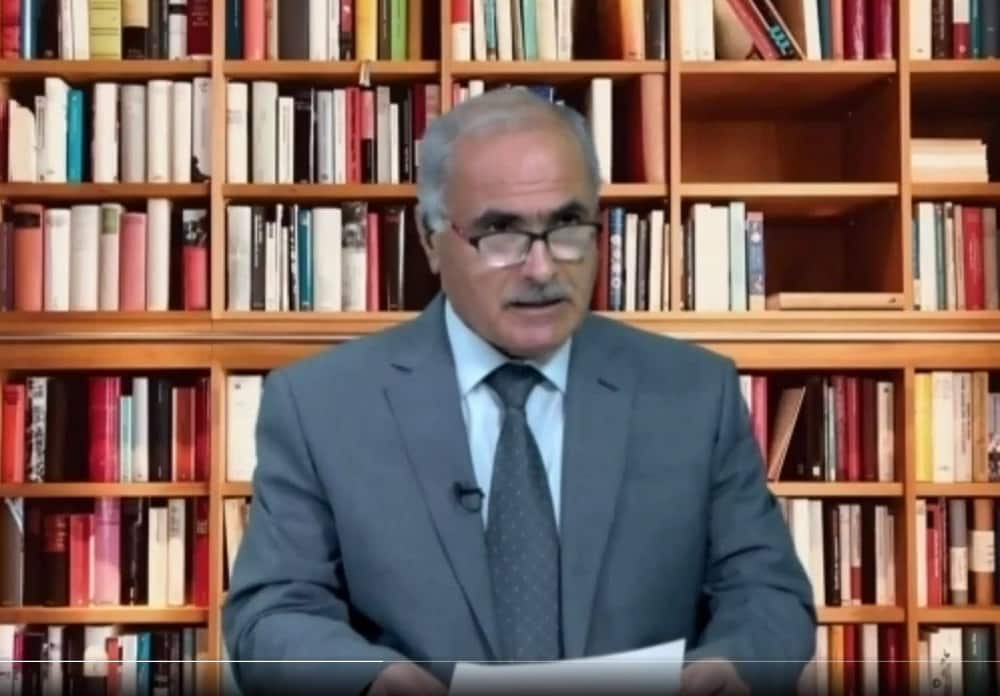 “Between 1989 to 1996, there was a special court consisting of the Raisi and Hossainali Nayyeri who formed the joint committee and sentenced the Mojahedin supporters to death and secretly executed them,” Mr. Farsi said. According to Mr. Farsi, some of these victims include: “Ata Nouri, Tayebeh Hayati, Zahra Niakan, Narges Khani – Behnam Majdabadi – Ahmad Khoda Bandeh Loui – Gholamreza Pour Eghbali, Houshang Mohammad Rahimi and in the following years, Abbas Navai, Siavash Varzesh Nema, Ala Mobasheri, Mehrdad Kamali.”

Who is Ebrahim Raisi, a candidate in Iran presidential election and an executioner in 1988 massacre
Another panelist of this conference was Nasrollah Marandi, a MEK supporter who has served over a decade in the regime’s prisons. 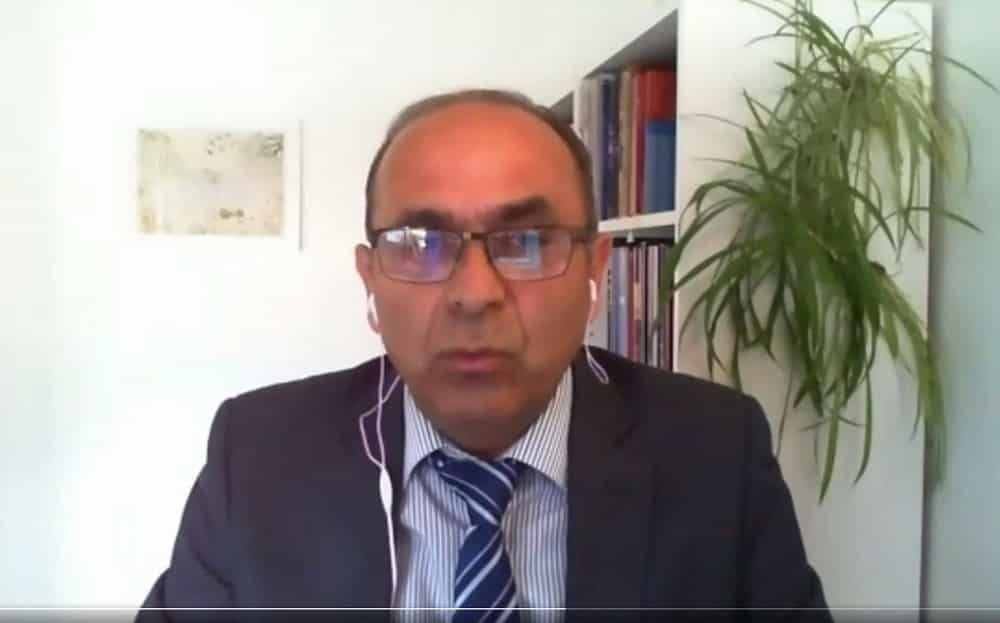 “It was early in the morning of August 6, 1988, the Revolutionary Guards came and transferred me to the main corridor of the prison or the corridor of death. Gohardasht prison had many cells and wards and small rooms, all of which were full of prisoners, mostly MEK supporters. When I was taken to the corridor of death, both sides of the corridor were full of prisoners waiting to be taken to the death commission. I knew many of them who were my friends. It was around noon when I was taken to the death commission, which consisted of Raisi, Morteza Eshraghi, Hossein Ali Nayyeri, Mostafa Pour-Mohammadi, and Esmail Shooshtari,” Mr. Marandi said.

Mr. Marandi then urged the United Nations and the United States and Europe “to condemn Raisi’s candidacy and announce that the regime’s sham election will not be recognized.”

Mr. Mohammad Zand, a member of the MEK who has served nearly 12 years in the regime prisons, was also among the conference’s panelists. 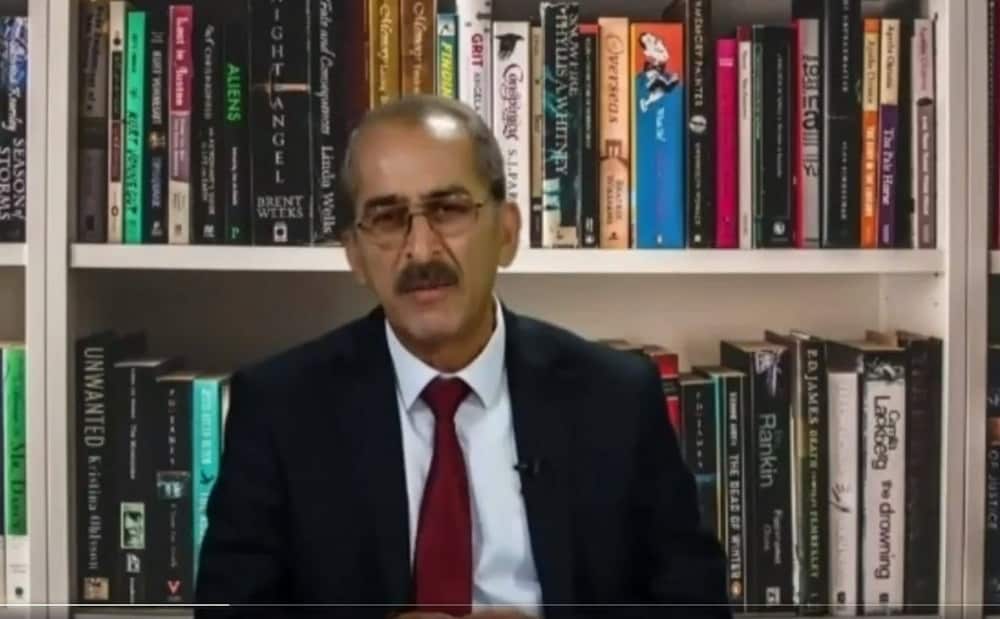 “The massacre in Gohardasht prison began in August 1988. Two days before that, on Thursday night, a few other prisoners and I were summoned. We were asked what our charges were? We said we are supporters of the Mojahedin. The Guards brutally beat us so that my ribs, as well as my thumb, were broken. We were then sent back to the ward, and they told us that they would come back to us on Saturday. On Saturday, they called the same names, and they took my brother Reza Zand by mistake instead of me,” Mr. Zand said.

Mr. Reza Shemirani, a supporter of MEK and a former political prisoner in Evin prison, was another speaker of the conference. 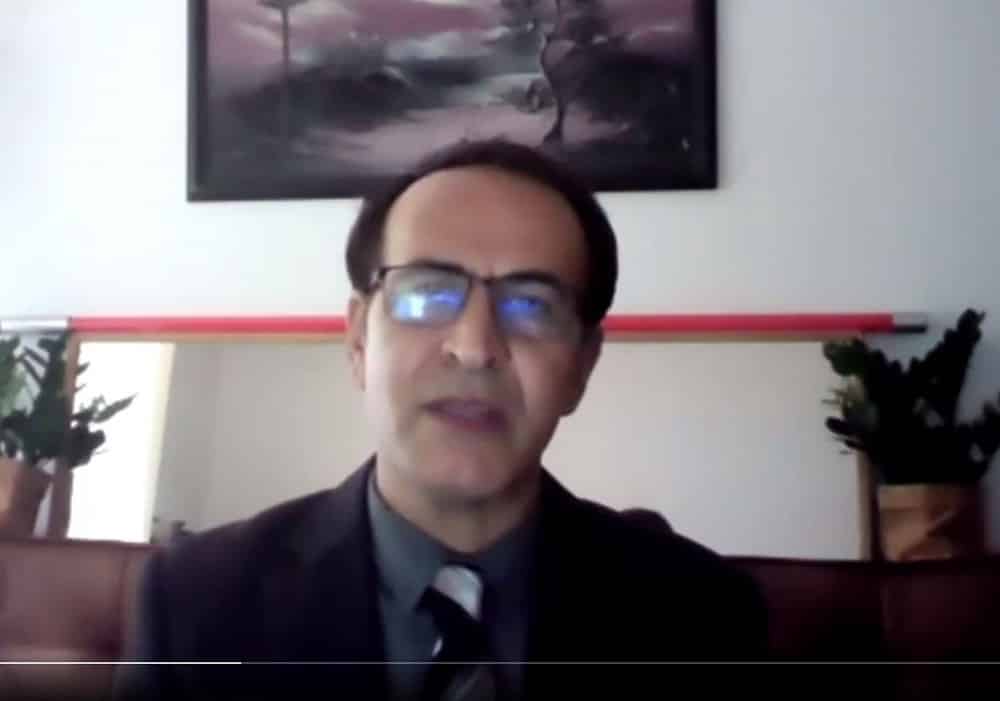 “On August 28, 1988, one of the guards came to the solitary confinement cell of the dormitory building and took me to the prosecution building of Evin Prison to meet the Death Commission. There I saw a large number of female and male prisoners, many of whom I knew. Everyone was sitting blindfolded on the floor, and some were standing in line to go to the room where the death commission was convened.” Mr. Shemirani said, adding:

“I was taken to the death commission’s room by a guard. Four people were sitting in this room. I recognized Mullah Nayyeri, who was sitting in the middle as a Sharia judge. To his right sat a man in plainclothes whom I did not know, and he was Eshraqi, the prosecutor of the Islamic Revolution at the time. To the left of Nayyeri was a man in a clerical cloak and a white turban, whom I did not know either, and he was Mullah Pour-Mohammadi. Another person was sitting next to Pour-Mohammadi in plainclothes, whom I did not know at the time, but he was very active and played a severe role in inciting Mullah Nayyeri. At that time, I thought he was one of the Ministry of Intelligence agents, but later, when I saw his photo, I realized that he was the executioner Mullah Raisi [Ebrahim Raisi].”

Another witness was the MEK member Mahmoud Royaie. Mr. Royaie mainly referred to Raisi’s role in executing those arrested and imprisoned in Karaj before the 1988 massacre, when Raisi was Karaj’s prosecutor. 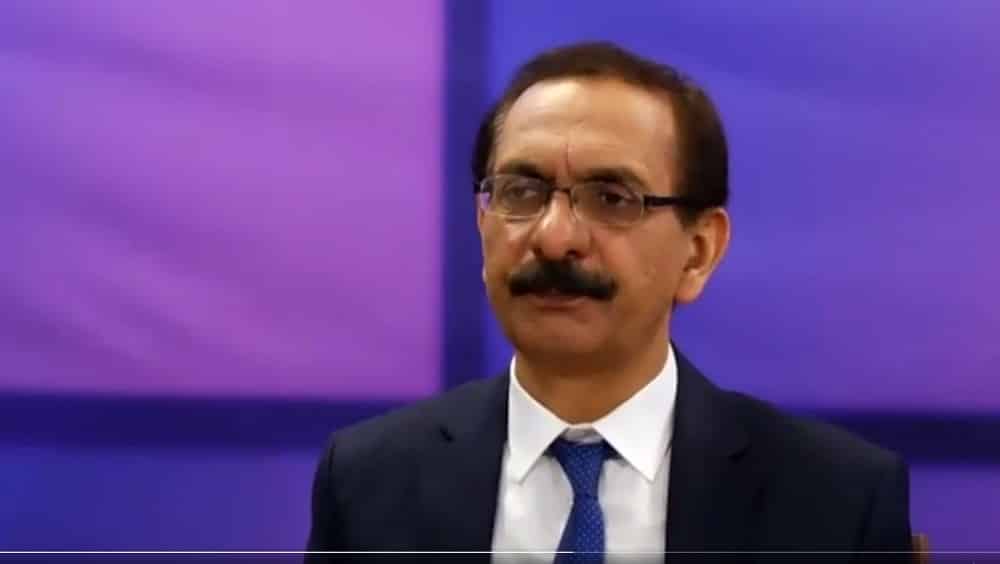 “Kaveh Nasari was one of the defendants in Karaj who suffered from severe epilepsy, and he was paralyzed under tortures. When he had epileptic seizures, he hit his head and face hard on the ground, so his face was always injured. In August 1988, Kaveh was taken to the death commission. He had shown epilepsy symptoms there, and the criminal cleric Raisi sentenced him to death. On the same day, Kaveh Nasari, who had served his full sentence and who already had lost his memory, was executed,” Mr. Royaie said.

Mr. Abedini, who moderated this conference, concluded: “Khamenei had no choice but to end the reformist-hardliner show, and embarrassing those in the West who for decades have advocated appeasement based on this false narrative.”

“Now the world has to see the Iranian regime for what it is. Raisi as president signals more repression at home, more terrorism and belligerence in the region, and more intransigent attitude towards the West and the international community,” Mr. Abedini said.

A document about Ebrahim Raisi was introduced at the conference. The document can be downloaded here. 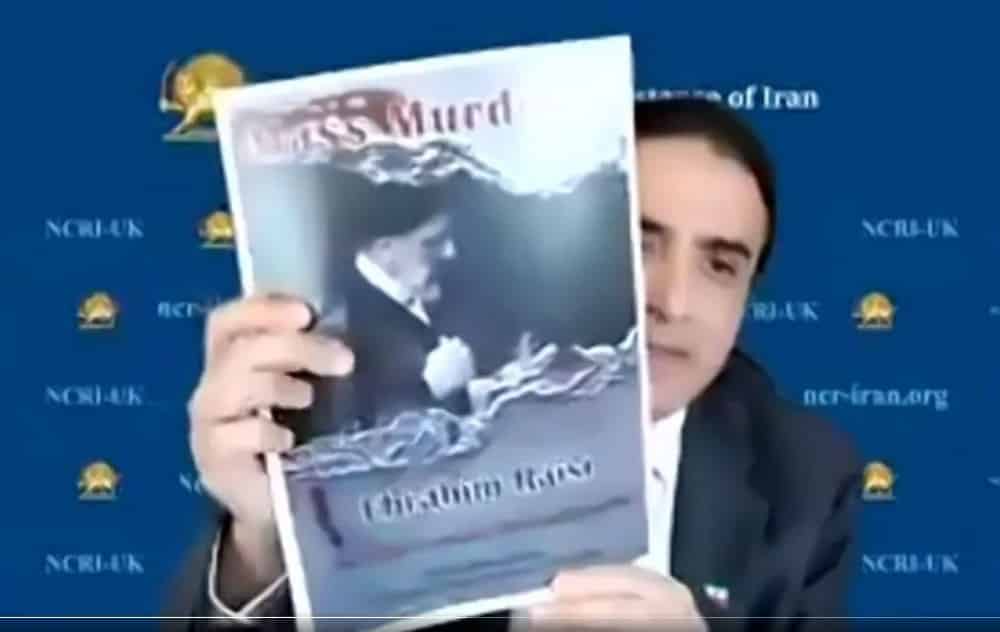