By Mahmoud Hakamian-
Prior to the start of the coronavirus pandemic, Iran experienced recurring popular unrest for a period of more than two years. The greatest single outpouring of that unrest took place exactly one year ago, in November 2019, when residents of more than 190 cities and towns took to the streets in order to repeat anti-regime slogans that had been popularized in a previous nationwide uprising. 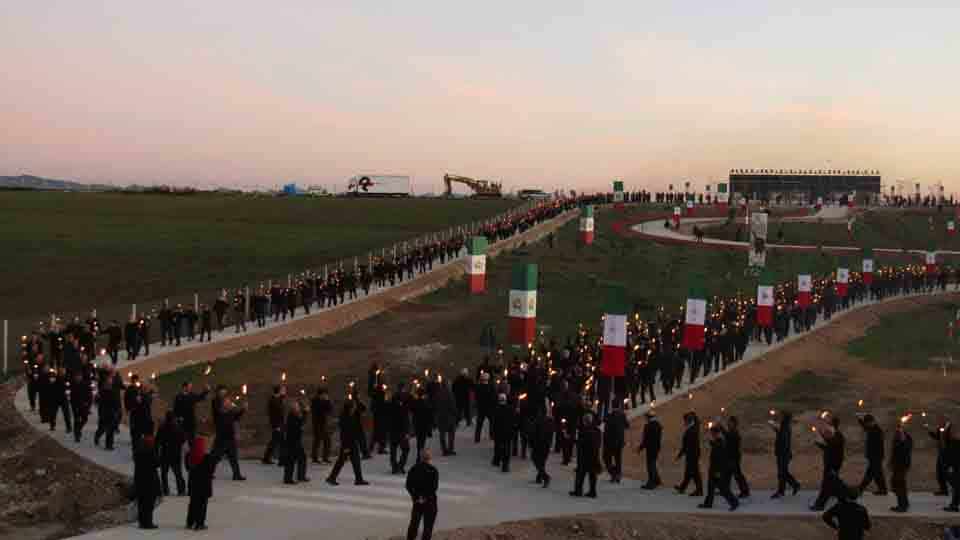 That earlier uprising, which began in the final days of 2017, once again highlighted the leading role of the People’s Mojahedin Organization of Iran (PMOI-MEK). Its role in organizing the protests was acknowledged by none other than the regime’s Supreme Leader Ali Khamenei. And in the nearly three years since he broke with years of his own regime’s propaganda, Khamenei and other authorities have been regularly warning their forces about the potential for escalating conflict with an organized opposition movement.

This expectation was made clear on Tuesday by participants in an online conference organized by the National Council of Resistance of Iran. The event was held to celebrate the anniversary of last November’s uprising and to commemorate the victims of Tehran’s crackdown upon it. The conference and its participants also presented predictions about the future trajectory of conflict between the Iranian regime and people, as well as for recommendations about how Western policy might respond to the situation.

Many of those participants – both Iranian expatriates and politicians from Europe and the Americas – expressed serious disappointment with the policies that most Western nations have been implementing so far. Many decried the overarching Western political impulse as tending toward appeasement, and many also outlined how this tendency has contributed to the severity of the Iranian people’s suffering both before and during the coronavirus outbreak.

NCRI’s president-elect, Mrs. Maryam Rajavi, implied that Western governments had turned a blind eye to a “crime against humanity” following the November uprising. Over a period of about a week, the regime’s security forces killed approximately 1,500 peaceful protesters, then set to work torturing many of the 12,000 activists who were taken prisoner during the unrest. No serious measures have been undertaken by the international community in response.

At the same time, no serious measures have been undertaken by the regime in order to diminish the feelings of outrage that had been permeating society for years and had been expressed on nearly as grand a scale less than two years earlier. Even if the face of a global crisis of public health, the mullahs maintained a focus on pet projects with the intention of tightening their grip on power, as opposed to wielding its existing power in responsible and legitimate ways.

These misplaced priorities were highlighted on Tuesday by the panelists of the NCRI’s conference, such as Marica Montemaggi, an MP from San Marino who said, “The government keeps investing in projects that have nothing to do with the health and safety of the people despite the pandemic.” And Mrs. Rajavi suggested that health and safety had been deliberately sidelined in an effort to reduce the public’s capacity for renewed uprisings.

Still, a common theme in remarks at Tuesday’s conference was that measures such as these would only delay the inevitable and that no efforts at tightening its grip on power would actually save the theocratic regime from overthrow in the long run. Elaheh Zabihian, a representative of the Iranian expatriate community in the United Kingdom, stated that “the mullahs’ time is over,” after urging Western governments to correct their own misplaced priorities by recognizing the Iranian people’s right to overthrow the mullahs’ regime.

“Instead of economic relations with the Iranian regime to the benefit of the IRGC,” Zabihian said, “Western governments must designate the [Islamic Revolutionary Guard Corps] and [Ministry of Intelligence and Security] as terrorist organizations and shut down the regime’s embassies.” The two oppressive organizations agencies are the main perpetrators of the killings and subsequent torture that followed the November uprising. Participants of Tuesday’s event also raised serious questions about the legitimacy of Iran’s diplomatic infrastructure ever since its embassy in Vienna was discovered to be the staging ground for a terrorist plot that meant to target an NCRI gathering in France.

Although the mastermind of that terror plot, the regime’s diplomat-terrorist named Assadollah Assadi, is scheduled to stand trial on November 27 in Belgium, the case has still helped to fuel condemnation of Western “appeasement” policies. Speakers at Tuesday’s made a point of highlighting this situation in order to suggest that Tehran might see itself as having a green light for further reprisals against the Resistance, both at home and abroad, whenever unrest erupts again.

Be that as it may, while this could make the path forward more difficult for the Iranian people, it will certainly not stop them from rising up again. Mrs. Rajavi insisted that Tehran’s strategies for impeding the Resistance would ultimately backfire. Of the regime’s deliberate mismanagement of the Covid-19 crisis, she said, “Every new coronavirus death drives the regime one step further towards its downfall,” by adding to the simmering discontent that remains unresolved from two previous, nationwide uprisings.

Nevertheless, this “downfall” could arrive more quickly, and with much less bloodshed, if the nations of Europe saw fit to put greater pressure on the Iranian regime and to make it clear that further reprisals, terror plots, and deliberately harmful domestic strategies will not be tolerated.

Tehran is presumably sensitive to the appeasement policy and is keen to exploit it in situations where more assertive Western policies would be an especially severe threat to the regime’s hold on power. This may explain why the Iranian judiciary just issued an announcement claiming to have pardoned more than 150 “security convicts.”

But anyone who understands the nature of the Iranian regime also understands that this is a fantasy. The judiciary’s proclamation of its own mercy is a “bitter joke” and a “desperate measure” at a time when the anniversary of the November 2019 uprising is reminding people that the regime was responsible for 1,500 shooting deaths in just one week, plus untold numbers of deaths in custody during the ensuing months, not to mention the tens of thousands of coronavirus deaths that could have been prevented if Tehran had any other priority besides consolidating its power.