Tehran – Activities of the supporters of MEK in commemoration of the martyrs of the September 27, 1981 uprising – September 26, 2020
“The Uprising continues from September 27, 1981, to September 26, 2020 – Long live freedom”
“Overthrowing the clerical regime with Resistance Units”
Last week, on the anniversary of the September 27, 1981 bloody crackdown of protests in Iran, Resistance Units and supporters of the Mujahedin-e Khalq (MEK/PMOI) wrote graffiti and posted placards and leaflets in various places, highlighting the Iranian people’s aspirations for the overthrow of the religious dictatorship ruling in Iran and the establishment of freedom and democracy. The activities of the Resistance Units and MEK supporters were carried out in Tehran and various cities across Iran, including Isfahan, Shiraz, Neka, Zanjan, Rasht, Mashhad, Hamedan, Arak, Neyshabur, Qazvin, Sanandaj, Torbat Heydariyeh, Gorgan, Kermanshah, Babol, Ahvaz, Bojnurd, Tabriz, Lahijan, Karaj, Zabol, Qom, Hendijan, Bushehr, Yazd, Kerman, and Bandar Abbas.

Some of the slogans were: “Hail to the martyrs of the path to freedom from September 27, 1981, to September 26, 2020,” “Disband the Revolutionary Guards,” “Massoud Rajavi: The criminal IRGC, consists of thugs and hooligans, and must be disbanded,” “Democracy, Freedom with Maryam Rajavi,” “The uprising continues from September 27, 1981, to September 26, 2020 – Long live freedom,” “Maryam Rajavi: Navid’s martyrdom will fan the flames of the Iranian people’s uprising for freedom which will overthrow the clerical regime,” “Maryam Rajavi: Freedom and victory are within reach,” “Overthrowing the clerical regime will be achieved with the activities of Resistance Units,” “Down with Khamenei, hail to Rajavi.”

Secretariat of the National Council of Resistance of Iran (NCRI)
October 2, 2020 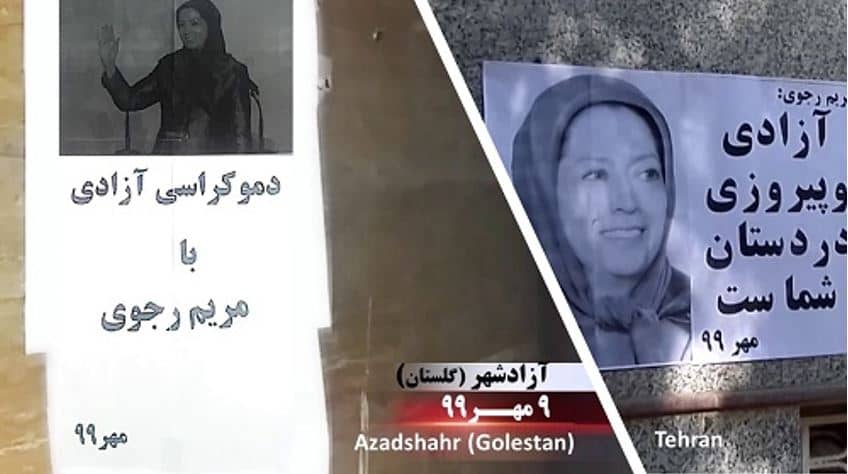 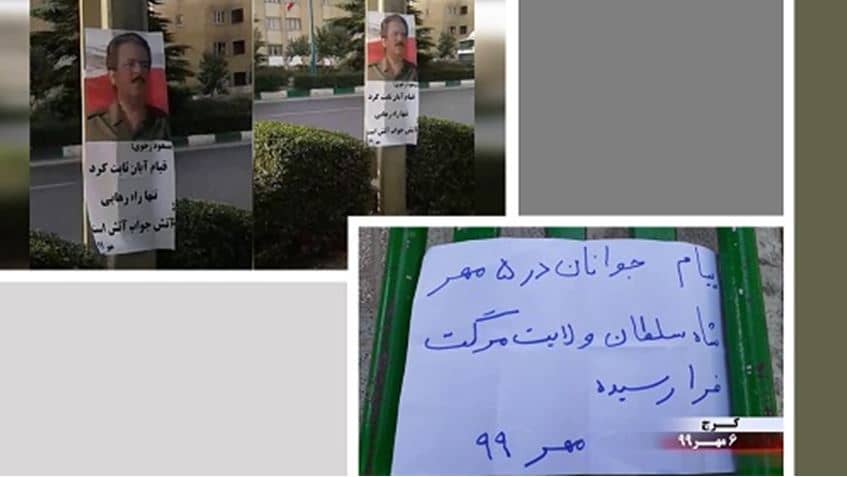 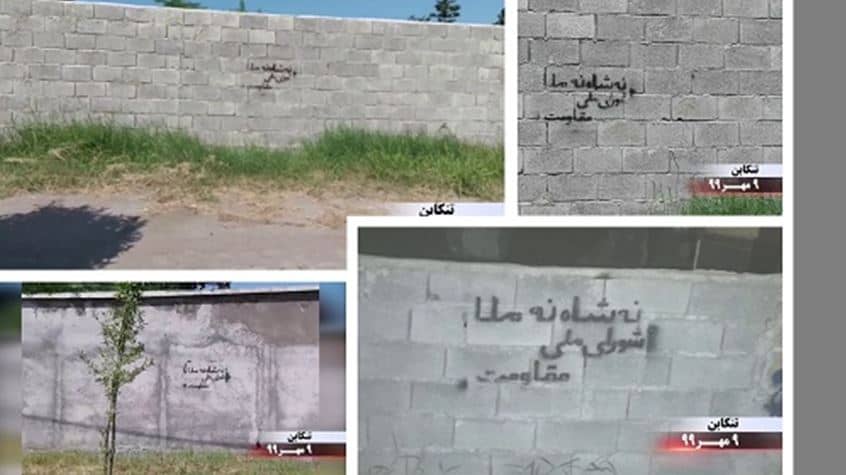